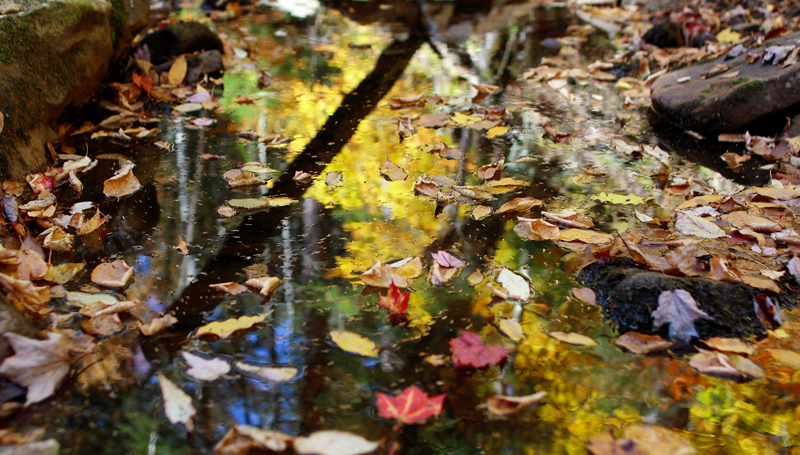 Maybe what hurts should always hurt.
The throbbing thumb, the achy joint,
The tender foot in thorn-filled dirt.
Maybe forgetting is not the point.

The throbbing thumb and achy joints
Are needling griefs we need to feel.
Maybe forgetting is not the point.
Maybe what heals should never heal.

These needling griefs we need to feel
Remind us where we tend to fail.
Maybe what heals should never heal.
The naked skin snagged on a nail

Reminds us when we tend to fail
To spy sharp edges we should fear.
Like naked skin snagged on a nail
My heart was snared by a poet’s sneer.

Despite sharp edges I should’ve feared,
His words were little, pretty stings.
My heart was snared by the poet’s sneer.
He’d strum his guitar, strum and sing.

His words were little, pretty stings.
I loved him though. I loved his hands.
He’d strum his guitar, then strum me.
His threatening lust plucked every strand.

I loved him though. I loved his hands.
His fingers tangled in my hair
Made threats of love to every strand,
Each greedy tug a teasing dare.

His fingers tangled in my hair
Unhooked my body’s modesty.
Each greedy tug, each tease, each dare.
Yes, a constant state of agony

Unhooks a body’s modesty.
But we forget the bites, the burns.
A constant state of agony
Could save us all from future spurns,

But we forget the bites, the burns.
Like tender feet in thorn-filled dirt
We stay exposed to future spurs.
Maybe what hurts should always hurt.

Listen to “What Hurts,” by composer Neil Olmstead
Crush

Each one begins as a gold-plated feeling,
like sipping champagne from a crystal coupe,
a harpsichord concerto enchanting
the ballroom’s filigree. What thrusts you
from your gilded throne, compels you
to curtsy to a bowing partner and begin
the minuet, is simple as a ribbon
tying up a peruke’s ponytail,
tender as hands praying in a temple.
Like a fig on the tongue it sings,
echoing like a girl’s laughter
down the stone corridors of your life.

This is where desire should end:
in its beginning. Before it smashes
the palace wall like a battered
cannonball. Before it turns cruel,
a mule’s hooves volcanoing dirt
into your eyes. Before it becomes
common as mutton, or worse,
the mutton’s brown paper wrapping.
Before it turns to despair,
hangs over you just out-of-reach
like wisteria perfuming the air.

A Lifetime of Sweeping

After dashing a dishtowel through its sturdy mouth,
the juice glass I’d set on the counter’s edge
spun on its axis for a full second before it capsized
and exploded like a supernova on the tile.

Glass stars shot in every direction. I froze,
barefoot in the center of a dozen constellations.
Fingers still outstretched, I’d believed
while it was spinning I could catch it,

the way I do any time I see something fragile
teetering on ruin. Men I’ve done this with.
Bourbon-drenched babies with dark beards
who play guitar badly and scribble songs for me.

No need to ask why I keep reaching
for these whiskey slingers who cackle
at my jokes, whose kisses buckle my knees.
Even if it ends with me tiptoeing

like an awkward ballerina through their mess
to get a broom and sweep the glittering
rhinestones into a dusty pile, I can’t resist
how pretty they are while they’re spinning.

What the Novelist Sensed

Nothing else could satisfy him
like the calm beach, gray rocks,
green ocean, pencil-drawn horizon.
His eye was a small canvas,
wind-swept, meager. Gulls lilted
in a thickly painted sky.

Then a woman entered the frame.
Her sheer blouse rippled like a flag.
She stood in the surf, gathering
her skirt with one hand,
like a famous piece of sculpture.

The woman was of three textures:
air, sea, sand. The writer waited
for her to see him, then waved.
His hand cupped the air
with the grand gesture of youth.
Her head tilted slowly in response,
dignified as a paintbrush stroke.

In the peculiar curve of her mouth,
in the way she nibbled her bottom lip,
in the composition of sun-browned limbs,
he sensed her entire story. He believed
he had a heart for what mattered,
an appreciation for the organization
of sunlight glinting off her hair.

He found it easy to know what he liked,
and he liked her. Yes, he thought,
she deserved his immaculate gift.
She could go on living forever,
locked up in the pages of his novel.

Never, she cried, kicking salty foam
into his face as she spun away.
He rubbed his eyes to clear the burn,
and she and the beach were gone.
Alone on his bitter city street,
the wind gnawed him to the bone.

The rain romances me,
leaving its scent on my neck,
trying to make me love it,
like a stray pup
that has followed the smell
of barbecued ribs to my backyard.
And all I can say after cupping its face
in my hands: “Now, get lost.”

And all I want after a tight-fisted Sunday
of sweating out a hangover on the couch
is a lovely man to assure me
I’m not wasting my life.

Let him have white sideburns
and an easy way of calling me “kiddo,”
so I feel I can turn things around
and make him proud.

Unlike the ice cream man
who speaks slowly, accusingly.
I understand the dairy slinger’s story.
I might have been a dancer,
if only—

Anyway, I’ve tacked a hundred scraps
of writing to my walls.
Only a poet or a serial killer
could make such an organized mess.
With luck, a poem will gather
in the center like an eye. 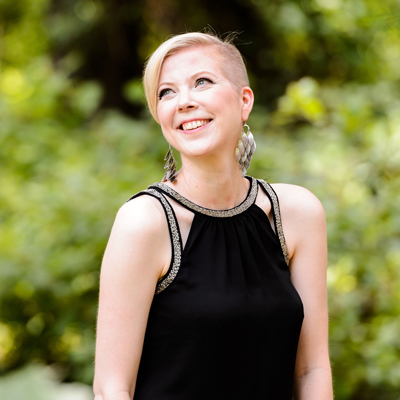 Sara Pirkle Hughes’s first book, The Disappearing Act, won the 2016 Adrienne Bond Award for Poetry. She holds a PhD in English from Georgia State University and an MFA in Creative Writing from Georgia College & State University. Her poems have been nominated for the Pushcart Prize, the Best of the Net Anthology, and the Independent Best American Poetry Award. She has published in dozens of literary journals, including Rattle, Reed, Emrys, Atlanta Review, and Atticus Review, among others. A recipient of writing fellowships from I-Park Foundation, The Anderson Center, and The Hambidge Center for Creative Arts and Sciences, she teaches literature and writing at The University of Alabama, where she runs the Pure Products Reading & Lecture Series.
Featured Artwork: http://www.ForestWander.com [CC BY-SA 3.0 us (https://creativecommons.org/licenses/by-sa/3.0/us/deed.en)], via Wikimedia Commons
Author Photo: Aimee Sams Photography