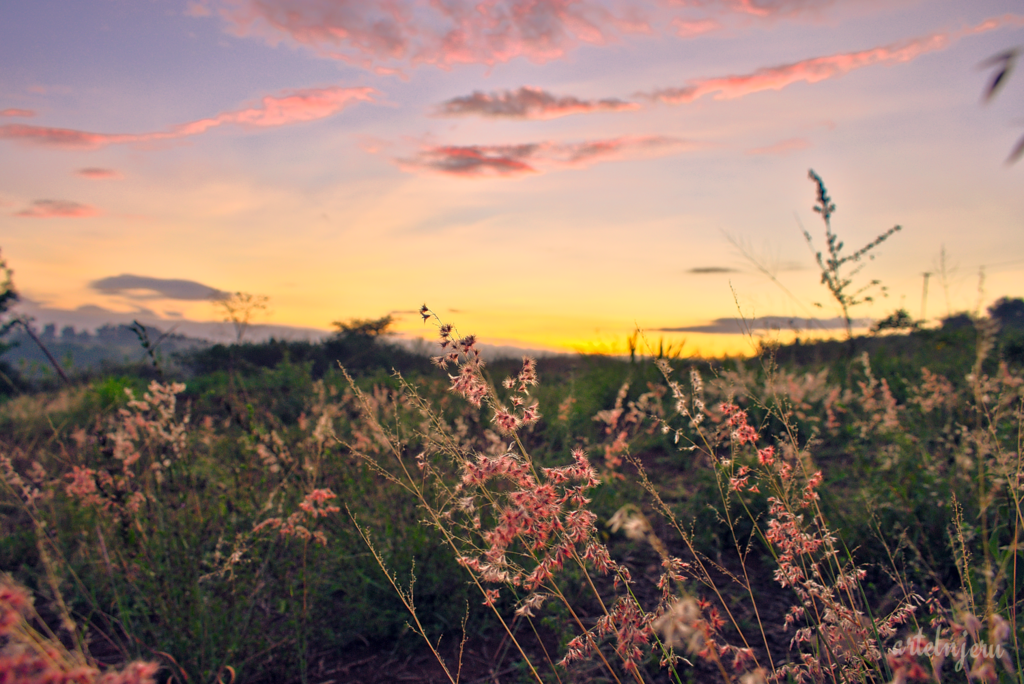 What do we mean when we say, “Humans were gifted the ability to think.”? Thinking- the active occupation of the conscious mind, is supposedly the catalytic quality which separated man from animal millions of years ago. When Homo-sapiens began to make use of thought, it was a monumental leap in the evolution of a species that would go on to have the most consequential influence over the planet. Holding this in our minds, it becomes clear that this leap in evolutionary progress seems far wider than any other we can observe. For instance, it is one thing to contend that a fish may develop a more stream-lined body to allow for quicker swimming, or that a bird may develop more acute eye-sight to better distinguish its prey on the ground. But for a monkey to develop a skill which gave rise to all institutions, artistic movements, musical passages, linguistic efforts, the entire monolith of human achievements- This appears to exceed any limit formerly obtained through evolutionary means. Yet we are left in the dark: Most of us bogged down by our thoughts, caught in existential informity on a day-to-day basis. How then can we believe Heidegger’s assertion that the ability to think was gifted upon us and is to be viewed as a constructive tool when the source of many of our issues, both psychological and physical, is many times our thoughts themselves?

Thought Itself is essentially a perennial concept. What is meant by this is that thought, or the capacity to think, is necessarily a concept which is infinite. Inner thought may be “thought of” as the instrument of the soul. Thought is something which each and every one of us possess, and the faculties through which we do thinking appear to us limitless. There are no limitations to the world of thought. The mind can think itself through loops of seemingly endless inner-dialogue, making use of virtually all Kant’s categorical judgments to arrive at any and every psychogenic destination. The architectonic layers of any human being’s mind are a wild, swirling concoction of suggestions and ideas. Sometimes we may even feel as though we don’t know exactly where our thoughts are coming from or where they go. We may suddenly come to some realization apparently out of nowhere, as if some higher collector of thoughts stumbled and dropped one that coincidentally landed on us. Or we may one moment hold an idea in our minds which we wish to express physically, yet when the time comes to deliver it seems to have slipped our grasp like water through one’s fingers. So what does it mean to evaluate thinking so abstractly? And what good is it to use thinking in order to conceptualize thought? These are questions which I feel arising from the depths of my inner nature. For where else could the notion of thinking out the anatomy of thinking be formed from? If looked at reasonably, we do not contend that thoughts produce themselves. This is an area of expertise apparently left to the functions of the brain. The brain which has been mapped out and studied extensively by modern science, yet science does not- and cannot- explain where thoughts, the will to think something into being, come from. We may be able to read which parts of the brain are active and serve certain purposes to facilitate thought, but this does not address the actual source point of Thought Itself: Thought as quintessence, as a form which is seemingly above the grasp of humankind’s intellectual reach. To know one’s self is to know one’s thoughts, to be comfortable and familiar inside one’s own mind. Thought Itself is differentiated from thoughts or thinking. Thinking is the art of bringing thoughts to the front of one’s mental facility and giving them careful participation in the examining of a concept. When bringing Heidegger’s notion of meditative thinking into the dialogue, we see that there are many levels of thinking through which we must be aware in order to make proper sense of not only the world but ourselves. Where Kant examines the technical workings of the human mind, Heidegger extends into the realm of what we should do with this awareness of the workings of our minds.

It is highly challenging and promising, like Heidegger proposes, that human beings should learn and come to know how to use thought in an effective and productive manner. Heidegger also unerringly says that we are attracted toward absence rather than presence because absence (the missing piece of a puzzle, the variable in a math equation we must solve for) implies that something used to be there- the mystery of which provokes our thought the most. Applying this to the idea of Thought Itself, we must be attracted toward thinking about Thought Itself because there is an absence of the understanding of it in our minds. So somewhere along the way we may have lost or departed from this understanding of Thought. Could it be that Thought as an infinite quintessence is manifest in humankind? And if so, at what point in our evolutionary history did we depart from this understanding?

We begin to form some idea of what this understanding could look like if we trace humankind’s evolutionary journey through consciousness. As time has accumulated throughout the history of the universe, novelty has increased (a theory very well developed and articulated by Terence McKenna). That is to say, things have become exponentially more complex with the constant expanding of space and time. Human beings, as far as we are concerned, have played a significant role in the introduction of “new-ness” to our reality and our perception of time. But as new technologies have been introduced throughout our history, we seem to have departed from ourselves or our capacity to be toward Thought, Heidegger protests. The “openness to the mystery” must remain if we wish not to live through or be controlled by our technology. We can picture a time, a point in human development when this capacity toward Thought was present. This depiction of human beings- somewhere in the great lands of Africa in full balance with nature and self, centered on community and the betterment of the individual, exposed to the limitless stimulation of the mind can be held in our imagination sound and likely. If human beings were once in such a state that allowed for the understanding of Thought, it couldn’t have been achieved through or accompanied by the same mental tenacity which the more contemporary philosophical humans have had to undergo to arrive at the idea of this understanding. And in some way, it takes the absence of immoderate technology to allow for a time in human history when we may have possessed the understanding of Thought Itself (careful to say “absence of immoderate technology” and not simply technology altogether). Certain technologies such as the early formations of language, ceremonial practice and prayer, outward expressions of artistic ideas-These are the kinds of fundamental technologies which allowed for early human beings to be an open receiver for which any and every idea could pour itself into our consciousness. How confounding and tempestuous it must have been to receive such thoughts at the hand of an unknown source. What separated humans from animals was likely what we did with this powerful source of stimuli. Not necessarily that the powerful source of stimuli was inherent in human beings, but rather that it came to us at a time when we were prepared to do something with it. And there have been many phases in human evolution where the capacity to think has apparently sowed itself over our understanding of the world or ourselves. We have major turning points in our history when it seems this influx of ideas and knowledge came pouring through humankind at a substantial rate, allowing for a complete ideological revolution within our culture. But what reason do we have to believe that all these thoughts are formed within and only within our brain?

Heidegger conceptualized time being a thing in which humans are ever-present. In other words, we normally conceive of time as being linear and moving infinitely toward the future. However this is not how our actions reflect our understanding of time: We are conditionally always living ahead of our actions through choices which have not yet been made. We visualize and draw up spectacular scenes of how things could have been in the past if we’d done them differently and so forth. These are the bending and manipulating of time with our thoughts, within the actions of the mind. Should we propose that we undeniably have access to, and subsequently hold somewhat of a grasp over, such speculative notions as the molding of time? Time as we understand is infinite, so in order to make it sensible or nonetheless practical we have adapted time as a linear and measurable desideratum in modern society. For things to run smoothly and organized we must clearly abide by the principles which linear time present for us. However, as has just been shown above, our idea of time seems to modify once it enters the realm of thought. In thinking about time we come to closer proximity with its infinity. Is it reasonable to proclaim that it must require an understanding of the infinity of time in order to manipulate it the way our minds seem to do? If this will hold any weight it would be fair to assert that Thought Itself understands the infinity of time because it is itself infinite. Thought Itself, much like the rationality of the heart, guides humankind toward quintessence. The mind being a tool for interpreting or receiving the thoughts which Thought Itself delivers to us can be trained through meditative thinking to represent higher sensibilities. It is especially crucial for humans to become aware of this capacity toward Thought Itself in the modern age in which we find ourselves. We are increasingly being told how to think and what to think about through our sources of media. It is possible counter-act this through the arts: Poetry, song, dance, visual demonstration, freedom of expression unbounded by the unfortunately facile motives of a subsect of our fellow human beings. So in the style of this artistic self-determination, I wish to leave off on the notes of poetry;

Sit awake
and wonder what it must
have been like, to
climb against the air
in whatever life
you should choose.

Searching
Lay vacant beside
the pile of time
you have allowed.
(Rather)
not for nothing
and in nothing
is
%
O how I look to you,
with potent eyes leaking,
feeling vibrations of mother nature’s
hum under my pained feet.
This landscape painted before me like
some vagabond’s
midnight dream.
Streams beneath me
snaking their way,
carving and pulling the ashy ground.
You push me,
push me forceful
but not fearful
onto dawn’s comforting raft.
Floating fantastically to
Nothingness
I will stay
here, where
any mind should give to itself
the truth of nature,
is all I seek

Bryce Perry is a 21-year old drummer and author from Norfolk, VA. He began enrollment at Berklee College of Music in the spring of 2017 and is in the process of declaring his major in Professional Music. He began playing drums at the age of three, formal lessons at age six, and consistently gigging by age 13. At the age of fourteen, Bryce became influenced by a wide range of authors including E.E. Cummings, William Blake, Jack Kerouac, Allen Ginsberg, Friedrich Nietzsche, Graham Hancock, and many more.
Featured Artwork: Artelnjeru [CC BY-SA 4.0 (https://creativecommons.org/licenses/by-sa/4.0)]