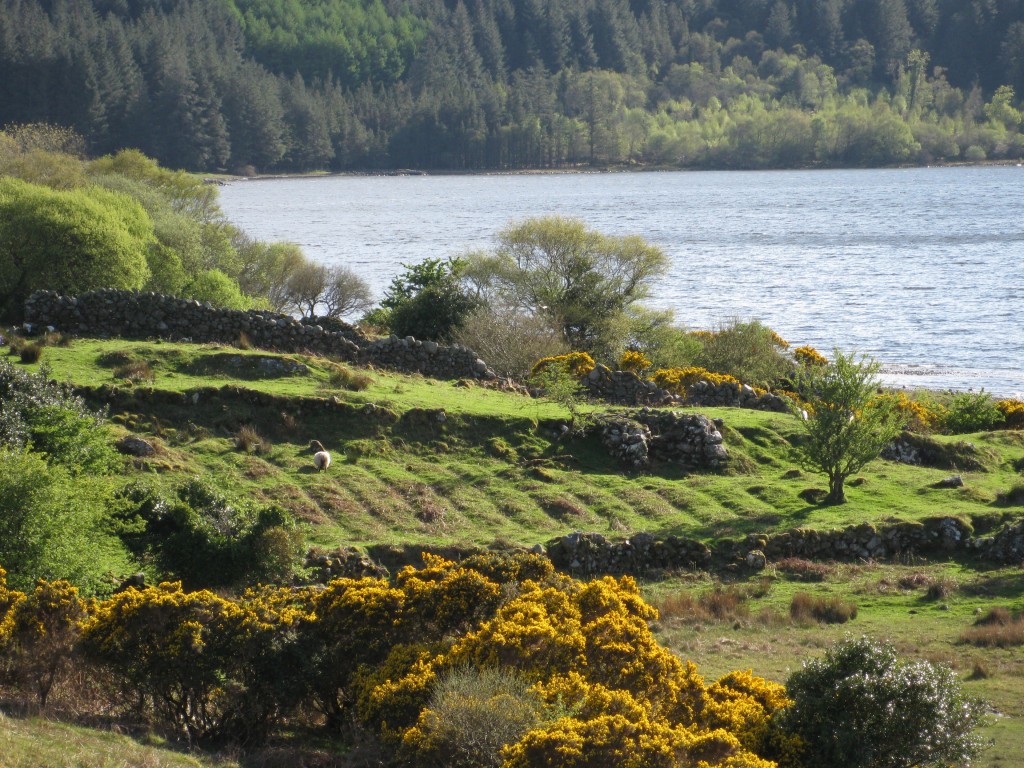 The Words of a Farmer on Monday

It is the commerce of farmers with hands in their pockets.

It is used by old wives

and the things they’ve known not having.

The stains in his pants are scattered language,

and scars the marks of punctuation.

To speak he must harvest the fields for syllables

and the cries of calves for meaning.

The things he says become the atmosphere

that romances the clover each rain.

They fill the woodchuck holes

to save the haybine from trial.

The radio does its best in the absence of terms.

Sometimes cows are lonely things to sing to.

Talk of spiritual ties to the land,

of wholesome ways of living

and it hurts his ears.

He disappears each time.

In a few words he knows who you are,

and he’s reminded who he is.

You both feel sad.

Now that you’ve met the farmer you know his story.

He has told you in personal algorithm:

but to a single morning star

he doesn’t give up the words

that have held him this long.

The Words of a Farmer on Tuesday

He walks the morning stars to the barn

to wake cows from their dreams,

full of things he might not say that day.

Sometimes his words collect together like pigeons huddled on rafters.

Sometimes they wear on the inside of his chest,

A few words he gives to his wife over coffee

swell into a pragmatic humanity

that glides through the fields

and over the heads of clover.

Finally, he has too many words and must die.

It is too hard for air

to filter through packed sentences in his rib cage.

Silence: he makes his final offering to the world.

The Words of a Farmer on Wednesday

He shouts to get them to their feet.

He curses their sicknesses, their obstinacies, their dead calves, and their grain costs.

He calls them when he feeds them.

These are sounds that don’t make a story.

He pulls on his dirty pants in stiff, difficult motions.

It reminds him his legs are embalmed with teat dip.

He gathers a concluding breath and holds it to contemplate his endowment.

that plows through commas.

He can only exhale in compliance.

His corpse reseeds the field.

In a day’s work I hauled a pile of manure

with a tractor pushed by

over my grandparents’ carpet.

At the same age I was taught

to never answer a phone.

on our answering machine while we ate cereal,

had birthdays, and said grace.

They talked about a clear balance.

Our fields came with a past that predates me

and sometimes my father.

It doesn’t matter that I’ve never seen the lime pile,

as long as I will be the next to tell its story.

Once a neighbour shook my father’s hand

and congratulated him on his wholesome way of living.

Once my father hit a bull calf over the head because

it was born without a nose.

I only saw my father cry once.

We herded a dry cow into the shed

and she threw him at the edge of a wagon.

My grandfather asked if he needed an ambulance.

The wind rattled the gate chain

and my grandfather turned

to feed the heifers silage.

Today I stand in the driveway

and watch the spreader approach.

It has its own noises

It’s dirty. Manure clings to it

The sun turns to oil and blocks out the window.

Ryan Dennis received a Masters in Writing at the National University of Ireland, Galway in 2009. Ryan tries to explore the act of farming and those who do it through various forms of writing. He lives on a dairy farm in New York. He is a former National Dairy Bowl Champion–a contest like Jeopardy!, but with cow questions. Because this impresses few people, he continues to work on his novel.