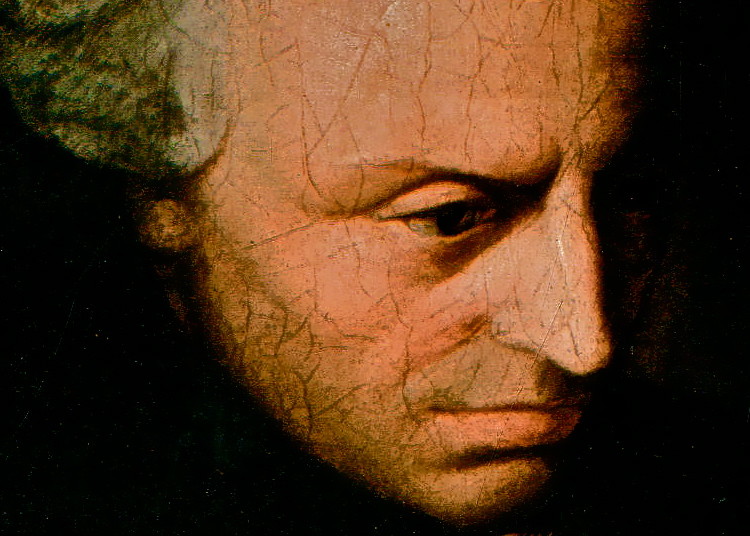 It is safe to say that a common, popular conception of art is that which depicts the beautiful. Nonetheless, even this seemingly benign assumption raises some interesting questions. Is beauty a subjective or an objective notion? Does it reside in the observer of the object or in the object itself? Is beauty relative, or contingent upon factors outside of the object of judgment? How does the beauty of an object affect the social relations regarding that object? Why is beauty important in regards to art?

In his Critique of Judgment, Immanuel Kant thoroughly describes his four reflective judgments, beauty being one of them. It is important because of his systematic description of the term. Kant is very specific in his differentiation of the judgment of beauty versus the potentially contrasting judgment of the good, viz. an ethical judgment. It is precisely for this reason that it is also important to explore the aesthetic ideas of particular philosophers of the Marxist Frankfurt School, namely Walter Benjamin, Theodor Adorno, and Herbert Marcuse. If the Kantian notion of the beautiful can be applied separate from ethical considerations, then can art be appropriated by forces of production for purposes of exploitation?

Furthermore, judgments of taste and satisfaction are differentiated by the notion of disinterest. Objects of which we have interest in are objects with an extrinsic purpose. We lack disinterest in food because food satisfies the need for sustenance. The satisfaction we might derive from eating can be considered the pleasant. However, that which is pleasant inspires enjoyment, but cannot necessarily be considered good.

The pleasant and the good are not mutually exclusive. Both judgments are considered to be based on notions of contingent interest rather than disinterest. However, these two judgments spring from two different considerations. If the judgment of pleasant is derived from the mere sensation of pleasure inspired subjectively, then the judgment of good is derived from that which pleases through our sense of reason. We have interest in justice because it serves an extrinsic moral need and appeals to our reason.

What then would be judgments concerning disinterest? Kant outlines two specific aesthetic judgments not bound up by interest: the beautiful and the sublime. For Kant, the beautiful must be derived from a disinterested satisfaction. The application of beauty must be rely upon any inclinations in the subject (ex: a preference for the color blue) and their intellect must be to derive satisfaction from the object. As these satisfactions are not contingent upon an extrinsic notion, Kant applies the label universal to them. Satisfactions contingent upon extrinsic notions cannot be considered universal, but rather would be relative and specific.

Kant is very specific in differentiating the beautiful from that which is merely pleasant by means of its supposed universality. In a similar way, he insists that the beautiful lacks a purpose, yet attains a sort of purposiveness. The beautiful has to imply its intentionality while lacking a purpose that would tie it to an extrinsic notion. In a sense, the beautiful must exist for itself.

The concept of the beautiful as existing for itself seems rather contrary to the thinkers of the Frankfurt School, especially in light of their assertions of the socially transformative power of art. Is beautiful to be considered subversive then?

Prior to this change, art was necessarily valued for its uniqueness, particularly regarding its singular nature in time and space. Tied to this were its specific material history and its provenance. Such objects had a quasi-mystical element he termed the “aura”. The aura was the effect that the unique object’s presence had upon its viewers. A singular object, like Michelangelo’s David, can be said to have a particular effect upon its viewers based on the gravitas of its presence. Such a gravitas is created both by its physical presence and the history of its maker and owners.

Destroyed in today’s world of mass reproducibility is this very notion of aura. Our surfeit of modern media consists of countless copies without a unique, differentiable original. While in a sense there is an original, it is of no use to the spectator wishing to partake in the medium. A photograph’s or a film’s negative exists not for viewing, but for making countless, identical copies of the actual images captured on its cellulose. A sound recording’s master copy is merely a permanent storage mechanism for the recording, from which countless, identical copies are made into distribution media. With the advent of digital computing, such processes are shifted into overdrive.

Tied to the phenomenon of the aura is the notion of the cult. Artistic objects were originally produced for religious purposes. These objects were created for veneration, or to represent a divine reality within a ritual function. With the advent of the secular era, religion has been divorced from art, but the “cult of beauty” has replaced it. To Benjamin, the advent of this secular cult of beauty heralded a coming crisis made tangible by the first mode of mass reproduction: photography. The culture of art reacted to this crisis with what he termed a theology of art. In such a theology, art exists for no extrinsic purposes—it exists simply for itself. Art was divested of all social function.

In the modern age, while the aura is gone from artistic mass media, with it goes the “parasitic dependence on ritual.” However, the upside to this destruction is the creation of a new, political aspect of art. This new political function for art is based on the replacement of art’s cult value with an exhibition value. Art was no longer meant to be seen by the few, but rather by as many as possible.

While not explicitly stated, one cannot help but compare Benjamin’s notion of the aura to Kant’s notion of beauty. The notion of the aura initially had a religious basis, but as the religious function dissolved, the aura was perpetuated by secular cults of beauty. It was these cults of beauty that Benjamin insists had to be abolished by technological means in order for art to fulfill a greater goal of political praxis. In a sense, Kant’s notion of beauty as a disinterested satisfaction had to be amputated from art. The purposiveness of art was to be replaced with an extrinsic political purpose. However, the emancipatory effect was the mass reproducibility of art was ultimately appropriated and circumvented by capitalist processes.

As per Theodor Adorno, in his essay On the Fetish-Character in Music and the Regression of Listening (among many others), Adorno is rather damning in his assessment of the mass propagation of art. Where for Benjamin, the cult value and aura of art was replaced with exhibition value and the potential for political change, for Adorno, this “aura” was merely replaced with commodity fetishism. The beauty of a work of art became irrelevant to it, if not an outright liability. Capitalist modes of production and propagation elude the possibility of political change by capitalizing upon a sort of “mass aura.” Such a fetish aura is maintained by a cycle:

This selection reproduces itself in a fatal circle: the most familiar is the most successful and is therefore played again and again and made still more familiar.

Certain works attain an aura of popularity, in which the public recognizes them as being great because they are ubiquitous. It could be said that such works are considered “beautiful,” but this is a vulgar notion of the beautiful, divested of any Kantian concepts by this point. In a sense, the capitalist mode of production and propagation has exploited the potential for the divorce of beauty from art. Instead, those who control the market have reintroduced a vulgar beauty, reinforced by notions of familiarity. Such a beauty is divested of any notions of disinterest, and even of subjectivity for that matter. A false sense of objective beauty is asserted upon objects. A singer’s voice is no longer beautiful for the subjective impressions it creates upon a listener, but for shallow, objective notions such as volume and range of pitch.

However, if there is to be a salvageability acquired, perhaps it might be through the theory of Herbert Marcuse. In his essay The Aesthetic Dimension, Marcuse’s ultimate thesis is of a contradiction of seemingly flawed Marxist interpretation. In mainstream Marxist aesthetics (particularly Adorno’s), art is assumed to be entirely conditioned by “the relations of production, class position, and so on.” Marcuse poses an astute question in critique of this notion. Whereas Adorno asserts that the transformative power and truth content of art is only achieved by invoking the needs and interests of a proletarian class, Marcuse asks, “What are the qualities of art which transcend the specific social content and form and give art its universality?”

To Marcuse, art may still achieve universality by transcending class-constraints. Marcuse refers back to the notion of “art for art’s sake” as a saving grace. A bourgeois need not create an inauthentic invocation of the proletarian class (of which he is not a true part) for the sake of political goals.

The fact that the artist belongs to the privileged group negates neither the truth nor the aesthetic quality of his work.

An artist, though he or she may come from an “elite” class, can create an authentic work “for-itself”, but still transcend such an environment by consciously or subconsciously appealing to aspects of liberation. An artist from any class can create rebellious work, subversive work.

The criteria for the progressive character of art are given only in the work itself as a whole: in what it says and how it says it.

They are not bound by some imposed, class-contingent sense of purpose. Through such works they (and in the imaginations of those who view them) are temporarily freed of the fetters of class politics and are free to imagine a sort of purposiveness—a state of being-for-oneself without extrinsic purpose. In a sense, Marcuse also indirectly appeals back to the Kantian notion of the “free-play” of subjective cognitive facilities in the recognition of beauty. If the redemptive quality of art is freed from class-constraints, an artist of any class is freed to engage the “free-play” of the cognitive facilities of a subject in any class. If this has any truth to it, then what is considered “beautiful” has an intrinsic emancipatory quality to it and vice versa.

Erich Johnson is a Berklee student.