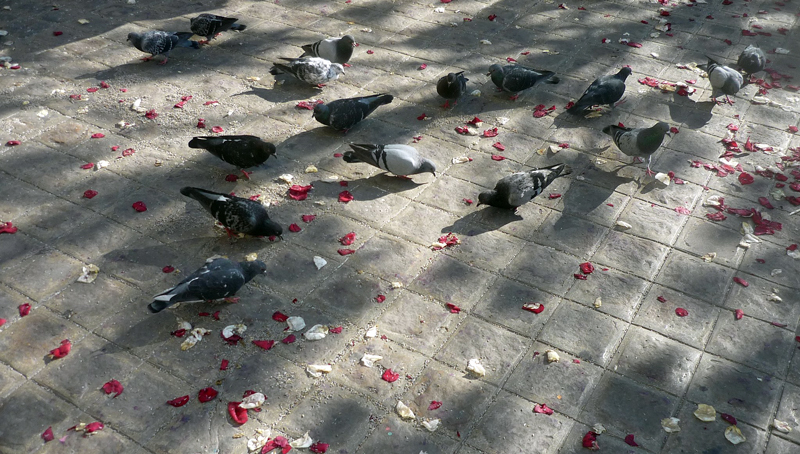 Aristotle believed that art is a form of imitation which seeks to represent life.[1] In his Poetics, he discusses his philosophical theory of drama, and determines the elements that make a compelling tragedy. These elements, according to Aristotle, are: plot, character, thought, diction, melody, and spectacle.[2] Though Aristotle came up with this theory thousands of years ago, these elements of captivating storytelling are still utilized to this day, throughout literature, film, television, theater, and music. Specifically, when looking at music and contemplating what makes a good song, it’s clear that the better ones- the songs that have stood the test of time- incorporate Aristotle’s elements of tragedy.

The most important element of tragedy, according to Aristotle, is that of the plot. He believed that plot must contain a suffering from the main character, recognition of a truth, and some sort of twist in which the story comes full circle.[3] It also must have a beginning, middle and end, and have a universal theme.[4] The song “Eleanor Rigby” by The Beatles, is a perfect example of how an effective plot can create a gripping story. The story opens on an elderly woman, Eleanor Rigby, who “picks up the rice in the church where a wedding has been.[5]” She does this, presumably, because she is poor and cannot afford to buy rice of her own. One could make the argument that she is picking up the rice so birds don’t choke and die when they eat it (which is why churches don’t allow you to throw rice at weddings these days). However, if this were the case, then suddenly we have a character who feels enough kinship towards animals to care for their wellbeing. This would paint Eleanor in a different light, a light that seems less lonely because now, at the very least, she can find comfort and friendship in animals. Yet, the universal theme of this story is loneliness, and this theme is much better conveyed when Eleanor is thought to be completely and utterly alone in her life. In addition, the act of throwing rice at a wedding is an old tradition, originally done to represent and promote fertility to the newly married couple. The rice would drop to the ground and (theoretically) grow more rice, symbolizing the growth of children. The fact that Eleanor Rigby is picking up the rice after the wedding indicates that she is childless; her own “rice” was never cultivated to produce her own children.

In the second half of the first verse, we see Eleanor waiting at the window, “wearing the face that she keeps in a jar by the door.[6]” This is where Aristotle’s “recognition of truth” comes into play. The face she wears is a mask she puts on to hide her deep inner loneliness from the rest of the world. Eleanor keeps this face in a jar by the door so she can put it on before she goes outside, thus acknowledging the truth of her inner loneliness in her attempt to cover it up. It’s also important to note that this story is told by a narrator, which Aristotle concluded was reserved for epic poetry, whereas tragedy is told through the dialogue of different characters.[7] Nonetheless, this story should still be considered that of a tragedy, because it embodies all the elements of such, even though the audience must use their imaginations to envision the events of the story.

In the second verse, we are introduced to a new character, Father McKenzie, who is “writing the words of a sermon that no one will hear.[8]” The implication here is that no one will hear his sermon because no one goes to his masses. Next, the narrator says, “look at him working, darning his socks in the night when there’s nobody there”, and then begs the question, “what does he care?[9]” In this case, the listener is called to contemplate why Father McKenzie would bother mending his socks when no one will see them. This verse almost has a mocking undertone to it, which fuels a feeling of pity for Father McKenzie. Here is a priest that cares so much about his work that he would go so far as to sew the holes in his socks to make sure everything was perfect before he gave mass. Though in reality, none of his work matters because he has no congregation. This feeling of pity for Father McKenzie creates a catharsis for the audience. Aristotle believed catharsis was important for an audience to feel from a tragedy, so they may then purge their catharsis at the end of the show, and walk away feeling renewed.[10]

In the final verse, we learn that Eleanor Rigby, “died in the church and was buried along with her name.[11]” The narrator adds that “nobody came” to her funeral. The idea that she has died “along with her name” points towards the fact that she was unmarried, and has died with her original last name. In addition, having no one come to her funeral not only continues to accelerate the theme of loneliness, but also takes the idea that she is an old woman one step further. When a young person dies, their funerals are usually packed with mourners, because most, if not all, of their family, friends, colleagues and peers are still alive. In contrast, the funerals of elderly people are usually sparser, because most (and in a lot of cases, all) of their close friends, family members and other peers have passed on themselves.

Finally, in the last line of the last verse, the story’s twist is revealed when we see Father McKenzie, “wiping the dirt from his hands as he walks from the grave.[12]” From this line, we learn that not only was Father McKenzie the one who buried Eleanor Rigby, but the church she picked up the rice from, and was subsequently buried at, was Father McKenzie’s parish! Both of these lonely people narrowly missed their chance to relieve their loneliness if only they had met when Eleanor was alive. The narrator finally remarks that, “no one was saved”, driving home the point that neither of them were saved from their loneliness[13].

As we can see, Aristotle’s elements for an excellent tragedy find their way into many different forms of art, in this case, songwriting. The Beatles wrote Eleanor Rigby in 1966, and in 2018, fifty-two years later, it is still regarded as one of the best songs ever written. Whether The Beatles consciously used Aristotle’s storytelling elements to write the song or not, the fact remains that this song employs them all, and they work together to create a timeless, relatable story of loneliness.

Taylor Brown was born and raised in Ho-Ho-Kus, New Jersey. She then lived in Manhattan for five years before moving to Boston. She is a second semester vocal student at Berklee, studying songwriting. This is her first piece of published work, and is thrilled to have it be a part of FUSION Magazine!
Featured Artwork:
By Basili [CC0], from Wikimedia Commons