Interviewer: Who are some Influences?

Moana A: I’ve had a lot of musical influences, of course. I am a big Michael Jackson fan. I just love the arrangements of his songs. They are so well done. You can distinctively sing any part of any instrument of any of his songs, and people will know what song you are singing! That’s really rare. I think we have to thank Quincy Jones for that. What brilliant writing.  Other singers I have been inspired by are Erykah Badu, Etta James, Aretha Franklin, Esperanza Spalding, KT Tunstall, Amy Winehouse, etc. And if I am honest, I have to admit that the Spice Girls and Avril Lavigne were a big influence at some point in my life, too. Style-wise, I’ve had in

fluences from Caribbean artists that were big for carnivals, like Destra Garcia for soca, or Beenie Man for Dancehall.

Interviewer: How do you feel about the way technology has changed the music industry? Recording, Kickstarter, Indiegogo…?

Moana A: There are some good and bad things. I feel like we are still in the transition phase, trying to figure it out. I understand the frustration of artists not selling as many physical copies, and I certainly feel it myself as well. But at the same time, I really enjoy being able to type in the name of a song or even just a line from the lyrics and being able to listen to it in seconds. We still need to find a way to make it more lucrative and effective for the artists, but I feel like Spotify and Youtube advertisements are a step in the right direction. We will get there…

As far as Indiegogo and such fundraising platforms are concerned, I obviously think they offer a great alternative for our new trend of Indie artists. You don’t get all the support that a label would give, but you can keep your independence and your artistic freedom, which is amazing! I also find it interesting that they reversed the stress: with the advance of a label, you take a big risk when you record without the assurance that the project will make enough money to pay back what the label invested. Whereas with those online campaigns, you sell your project before you make it; that’s just genius! You are nervous for the duration of your campaign, but once you reach the goal, you can go to the studio stress-free. You’ve already sold CD’s so whatever happens; and on top of that, all the support and encouragement you get during the campaign motivates and inspires you even more. It’s a triple win.

Interviewer: How was your experience with Indiegogo?

Moana A: Overall, It was great for the simple fact that I have reached my goal!  I personally think that there are still some flaws in the system and if I could go back, there

are a few things I would do differently. But I don’t have time to think about what can’t be undone: I have an album to make!

Interviewer: When is the album planned for release? What will be on the album? Styles, stories, content? 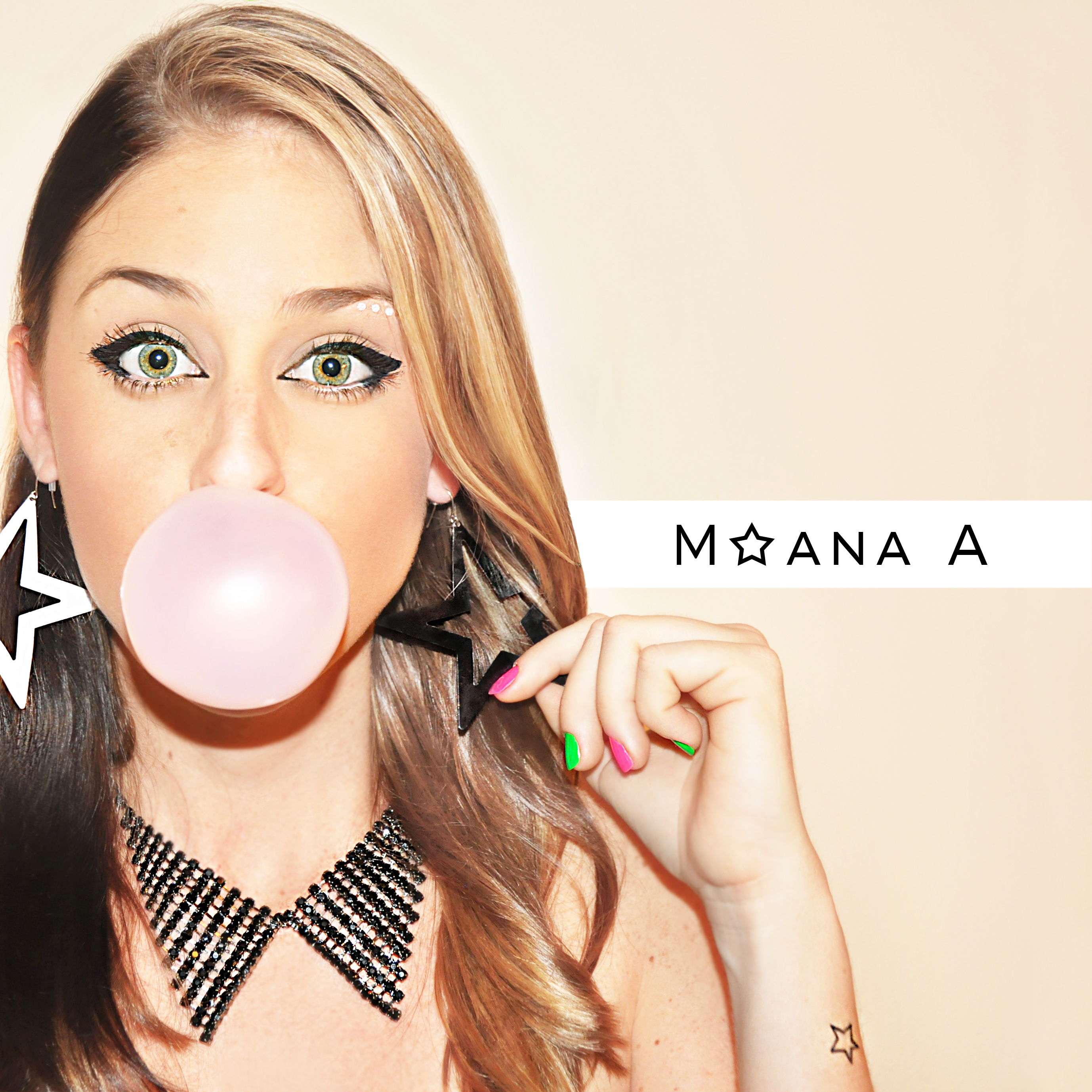 Moana A: I originally had 13 songs for the album. But I cut one of them out. I might replace it with a strange vocal arrangement that I did, but I want to hear the other songs first before making a decision.  It’s always hard for me to describe my general “style” because I have a lot of fun writing each song in a different style. But I think the common thread is pop-rock with an occasional Caribbean influence. At the same time, there will be a Blues, a Hip Hop and a NeoSoul song on there too, but I feel like they are all still somewhat pop-rock-Caribbean tainted, if that makes any sense.  We started recording the rhythm section and I am working with a producer on 2 electronic tracks. For the electronic tracks, we had a lot of fun. I sequenced a demo of one of my songs and I brought it to this producer that makes really cool tracks. I also brought him another one where I was singing every single instrument line. He made his own version of the 2 songs, but he liked the idea of singing the instruments, so we decided to

experiment with that. So he played the tracks and made me improvise. I was singing “ooh’s” and “ah’s,” Instrument line

s, strange percussion sounds, etc. It felt so good and I felt really creative! He “robotized” some of the sounds I sang too. The mix of the vocal stuff with the very electronic instruments is very interesting! I love it. Sometimes, it has kind of an Imogen Heap style to it, and then it flips to dubstep, and then pop. I’m excited to hear the final results! As far as the “real instruments” tracks, I am currently recording the overdubs. I’m adding steel pan (which is very Caribbean), and strings in the same tracks. So here again, the mix of the styles should be original. It’s all coming together but it takes time because I want to use so many instruments: drums, bass, electric and acoustic guitars, percussion, piano, organ, synth, string sections, steel pan, etc.  I want to be involved in everything, so I’m busy writing string parts, working on the graphic and album art, and supervising every single editing and overdub session. It’s a tremendous amount of work, but it’s a job that I love.  I can’t wait for you to hear the end result! Keep an ear out for the release in late spring!

Interviewer: How did you get into music?

Moana A.: My father is a musician, so I grew up going to his concerts all the time. Every few years, he would experiment with a new style, and since rehearsals were usually at my house, I got to be exposed to a lot of genres. There was always music in my house; in fact, I remember complaining a few Sunday mornings for being wakened up by loud bass at 7AM. I always sang. It felt natural. My mom always tells me that I was singing before I was speaking, and that I would sing so loud in my stroller that tourists would stop and listen to me. So I guess I was an early performer!  My dad and I formed a band when I was 17 and we started performing regularly around the island.  I don’t know when I started writing songs. I feel like I’ve always done it. Since I was a kid, I’ve been recording ideas on old cassettes, and hiding lyrics in a locked box, wearing the key to the lock as a necklace. I was really shy with my compositions until very recently. Actually, I still am, but I’m forcing myself to get over it. It’s just so personal. I express a lot of things in my songs, and I feel like I’m giving people my open heart with my songs, which is terrifying!

Interviewer: What are your plans for the future?

Moana A:  I’ve spent a lot of time being a GB band singer, and now I want to try and do more with my own music. This album is the first step to a long journey as an original artist.