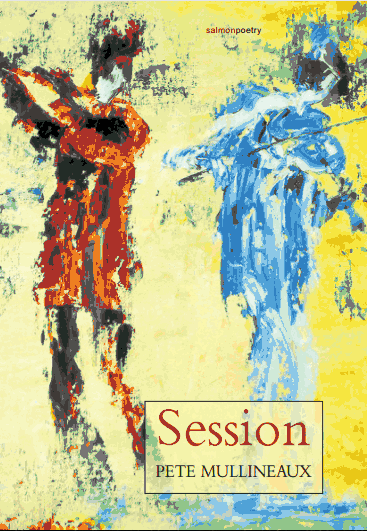 negotiating the rough back roads

against rivals, the status quo

and all who had crossed him –

by mapping out tunes

on his waistcoat buttons;

flattened the humps and dips,

the curse of a thousand

with a steadying rhythm;

staved off the elements,

the belt looped around the forearm; buckle

of cloth folded between elbow and rib for comfort –

trusted talisman, guardian against the unknown

and unnamed – keys, bars with no endings. Drones

and now, the popping strap – the ‘piper’s apron’

a leather patch, spread across the thigh; you’d think

for protection from the crazed jabs of the chanter,

its manic hypodermic dance. In fact, the placing there

will cause a glottal stop, suspension of sound, a near –

of the octave to low D: belly-forge, base underworld

from where a primal hum vibrates, connects –

fixes on the spinal cord, sends a hit exploding

into the skull’s chamber. The head reels, a gasp

for air as the bellows fill and suddenly there’s life

in the lungs and wind in the reeds, escape – we’re

up and away – tripping over the scales, flying

above the Walls of Limerick, the never ending

Siege of Ennis – hello and goodbye to Rocky Road,

Wheels of the World, Hills and spills of Donegal –

heading towards that high high doh…

A Slow Start to the Set

All materials are alive –

at least in the sense they

have potential to make sound.

put them together you have

inside of which, the tunes are

Music of the Spheres

Hard to imagine a universe without sound –

why else call it the Big Bang?

From background noise to formal structure:

while Kepler, pursuing the Pythagorean string

finding spaces between the planets

relative to fourths and fifths.

As much as we are made of cells and atoms

molecules and ever exotic sub-particles,

matter is alive with waves and pattern of vibration,

some only the dog, bat or dolphin, can detect;

all things have their sympathetic note –

there is tone and pitch in a blade of grass

and distort in response to varied frequencies

of voiced emotions – there is hurt

and healing in it.

And we too are so much water.

testing the silent breath in the pleats.

but the instrument stays mute –

if push came to shove, you could play

this way all day, under the table,

nothing strange then in a concertina sounding jolly

while the player’s expression

is so often grave, giving little away

of what lies beneath.

The cows have gathered in an adjacent field,

I can see their shapes in the moonlight –

a meeting of the tribes, they are here in their multiplicity;

black, brown, black and white – some all white,

Just now I heard a moan from one of them

that had me awake as if I had been shot.

It’s the night before their calves are taken,

they know from the look in the farmer’s eyes.

They call him by name

I listen at the window to their keening –

we make recordings of whales and dolphins,

say they are a higher species

as close to us as nature gets –

but the cows are singing in their camp,

refusing to be cattle

The females, even the males most of the time

But tonight the cows have run out of patience,

can ruminate no longer; they sing

their mass; make ready for battle,

tomorrow they will paint themselves red –

I took Dad to see Neil Young; he wore his suit (Dad, that is –

And crazy me for bringing Dad

but he’d taken me to Cheddar Caves, Castle Coombe, and over

on the ferry to South Wales –

(again, Dad, not Neil Young, who hadn’t take me anywhere, yet.)

So I wanted to show him something,

even though his taste in music began and ended with Bing Crosby;

whose influences would be more blues, roots country

and rock and roll.)

And he was cross: (Neil, this time; my dad was surprisingly

which the audience heckled

and Cowgirl in the Sand.

But Neil was having none of it – he gave us all a lecture:

how this was about someone

real close to him, a roadie who had died from drugs –

and sang it again, only more aggressive; which pissed

the audience off even more.

I was hoping Dad was OK, not feeling out of place

but he seemed to be taking it all in

even nodding his silver head through the deranged

Eventually there was a compromise: the band

won us over by doing all the old hits

but then, for an encore did Tonight’s the Night again.

afterwards, he bought me a takeaway, (Dad, not Neil Young)

don’t know what Neil and the band got up to

maybe they went back to the hotel

who had smiled all through the concert,

and wondered what he was taking.

Whatever, I enjoyed myself too –

had got on well together. 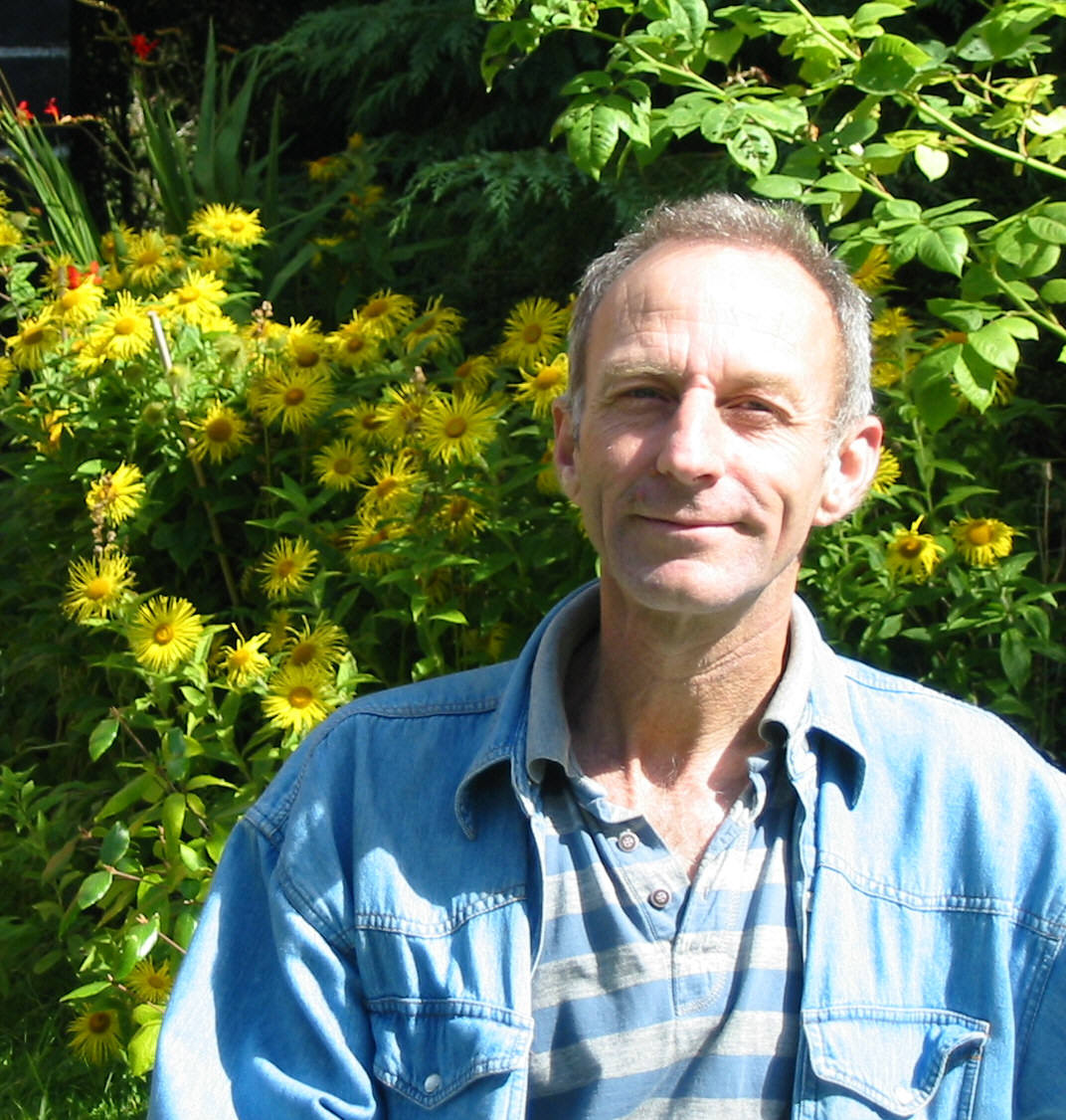 Pete Mullineaux grew up in Bristol, UK – where, aged 13 his poem ‘Harvest Festival’ was published in Poetry & Song by Macmillan and Man & His Senses (Harrap) then recorded on Argo records alongside music from Ewan MacColl & Peggy Seeger. Moving to London, he played with the left wing rock/punk band, The Resisters, before going solo as Pete Zero, doing music and poetry gigs from Trafalgar Square to Glastonbury, appearing alongside such luminaries as The Pogues. He appeared in Apples & Snake’s first anthology Raw & Biting Cabaret Poetry, won the City of London Poetry/song contest, toured a one man show: The Performers Fear of the Gong, (‘A Must!’ What’s On Magazine) and wrote for the Paul Merton fronted Comedy Wavelength (Channel 4). His first stage play, Wallflowers was presented by Kenneth Branagh’s Renaissance Theatre Co at the Riverside Studios in London. Alongside this he achieved a first class honours in Drama at Middlesex University. Pete has lived in Galway since 1991, working as a creative writing facilitator and drama devisor with numerous arts/community groups and is a mentor on Poetry Ireland’s writers in schools scheme. He’s resident MC for the Galway Arts Centre run Cuirt International Festival of Literature Poetry Grand Slam. Drama works include Trust Games, (commissioned by the National Association of Youth Theatres in 2010) Red Lorry Yellow Lorry, commissioned for the Cuirt International Festival of Literature. He’s also had three plays broadcast on Irish radio – most recently Butterfly Wings, in 2011. He has published three collections of poetry: Zen Traffic Lights (Lapwing 2005) A Father’s Day (Salmon Poetry 2008) & Session(Salmon 2011.) His work has been described by various reviewers as ‘tender and lyrical’, ‘gorgeously resonant’ and ‘grimly funny’ – drawing comparisons with Brian Patten & John Cooper-Clarke.  Poems have been anthologised widely including Paul Muldoon’s Poetry Ireland Review 100, poetrydaily.com and about.com/poetry. He has also published Know Yourself Know the World – a drama resource for schools, centred on development themes within a sci-fi scenario, (Learning Horizons Educational Publishing, Dublin, 2004.) Pete has read at literary/arts festivals throughout Ireland, UK and also in New York. He was invited to address the 2008 Thomas Hardy Festival/conference in Dorchester, UK.  Recent activities include devising a poetry encounter ‘Tipping the Scales’ which took place as part of the 2012 Babaro Children’s International Arts Festival and a long awaited return to Bristol for a reading at the 2013 Bristol Spring Poetry Festival.

‘Session, brought out by Salmon Poetry in 2011 is a beautiful magical book, soaked in waves of musical imagery and sound…written with impeccable craftsmanship, a delight on the ear and begs to be read out loud.’  – The Ranting Beast.