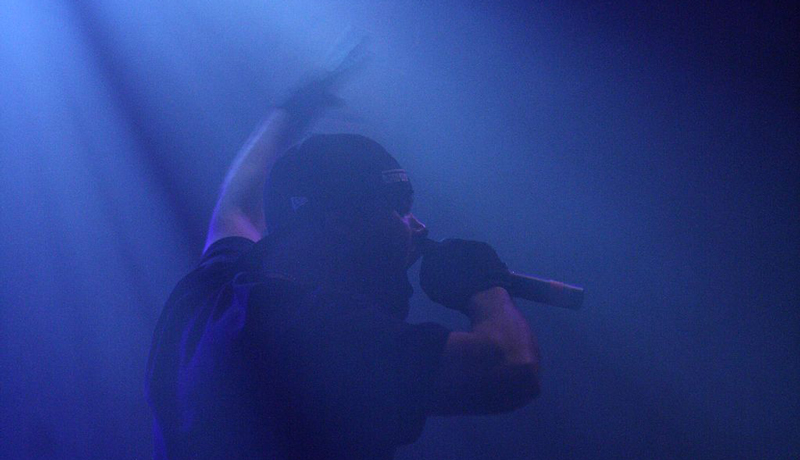 It is both empowering and stirring to understand the roots of Hip-Hop, how it emerged as a music genre socially and politically, and how “…both women and men have participated in Hip Hop culture and rap music in ways that have been both oppressive and liberatory for women.” (Phillips, Reddick-Morgan, Stephens 254) However, it can be hard to feel identified with the themes that emerge from the socio-politics of Hip-Hop if you haven’t had any direct contact with it. On the other hand, getting acquainted with the content of Hip-Hop kept reminding me of an incredibly popular and widespread genre that is prevalent in almost every country in Latin America and the Caribbean known as Reggaetón. We can analyze how Hip-Hop and Reggaetón have objectified women and over sexualized their image, not only in the visuals they utilize, but also in the content of their lyrics and consequently the message they convey to the audience.

Many people would describe Hip-Hop and Reggaetón as unrelated genres since historically, regardless of content, there’s often a higher level of musicality within Hip-Hop than there is within Reggaetón. Nonetheless, some noted Reggaetón artists have been drifting away from monotonous beats and have begun fusing the genre with other prevalent genres such as salsa, bachata, merengue and even with bossa nova.

Aside from the musical aspect of the two genres, the content in and of itself should be the most relevant factor in determining where these genres come from and how they influence their audiences. First of all, we should take a look at where the genres originated and what their intention was from the beginning. Author Philip Samponaro states in his article “History and Politics of Reggaetón” that “Reggaetón’s roots can be traced to the creation of Panamá in 1903 and the corresponding Panamá Canal project that followed… During the canal’s ten-year construction, Panamanians and new immigrants suffered from oppression, discrimination, and the daily struggle to survive under the racially segregationist polices implemented and tightly enforced by the US Army and Zone officials’’ (490). Here we can observe how these conditions were similar to the ones that provided the creation of Hip-Hop in the South Bronx such as the “ethnic dislocations spurred by the construction of the South Bronx highway, and a rapid decline in municipal services induced by severe cuts in federal funding at the end of the Great Society era” (Phillips, Reddick-Morgan, Stephens 253).

“Reggaetón itself developed in the late 1980s, coming together as a mix of reggae, hip hop, and tropical flows in the dancehalls popular among Panamanian youth” (Samponaro, 491). Later, “Reggaetón spread elsewhere in the Caribbean by the mid-1990s, most notably into Puerto Rico”(Samponaro, 491). However it wasn’t until the turn of the century that the genre became more popular. And, just like Hip-Hop became popular and marketable in New York and has been widespread even globally, Reggaetón has become increasingly popular and, as stated by Samponaro, it changed its “ ‘underground’ status into the mainstream.”

Even though both genres came about because of similar reasons, Hip-Hop emerged as a musical expression practiced by men and women in which they could express current social and political issues that were affecting them. On the other hand, Reggaetón was male-centered from the beginning and promoted macho stereotypes through misogyny and homophobia. However, Hip-Hop turned in that same direction; the over-sexualisation of women and the notion of men being superior to them became prevalent in both genres.

This masculinist discursive has been imparted by both women and men. In the present day, artists such as Nicki Minaj present an over-sexualized image of women. In her music video, “Anaconda,” there are several scenes in which she shows submission to men. In one such scene, she is dancing on her knees and, in another, she is rubbing her butt to a man. The lyrics include phrases that, not only discriminate against other body types such as when she says, “Fuck the skinny bitches!” but that also deliver a message of male superiority when a guy in the video says “My anaconda don’t want none unless you got buns, hun.” We can observe the shallow sources of content she manages. Based solely on women body image and how men prefer women. Noted women Reggaetón artists have also been promoters of masculinist discursive. As Samponaro explains, in Reggaetón “the comparatively few female artists in the genre have reinforced the male-centered culture by offering submissive, and even hyper, sexuality for a man to tame. [Female artist] Glory, singing as ‘‘La Popola’’ in the merengue-tinged hit of the same name, equates true womanhood with sex… ‘‘La Popola’’ boasts that she’s so fulfilled her womanly identity through sex that she hurts and needs to rest (498).

Moreover, what is very interesting about the parallel worlds in which Hip-Hop and Reggaetón have been evolving is that, nowadays, Reggaetón is turning to a new direction. One of the biggest exponents of the genre: René Pérez from the band Calle 13, uses his music as a powerful tool for social activism. He has been part of numerous humanitarian aid campaigns; he always uses the exposure he gets to convey messages that concern current issues and he conveys messages about the importance of questioning the political policies that are implemented in different parts of Latin America. One of his songs called “Latinoámerica,” encompasses they history of the Latin American countries: how they’ve all suffered from oppression, but also talks about the hope and extreme richness that the people possess, not only material, but spiritual. In the music video, he shows the gigantic ethnic diversity that there is in Latin America and he achieves this in a great way. This beautiful song contains an important message about imperialism and oppression, something that every country in Latin America has suffered from and still do, in many ways. René talks about Latin America as one entity. He says, “I’m the backbone of the planet in my mountain range,” referring to the natural richness represented by the Andean mountains. He also says, “You can’t buy my happiness. You can’t buy my sadness… Here you can breath the struggle, but we are walking. I sing because everyone can hear it.” What is more reassuring is that this is not a one in a million song. All of his songs are full of content, ideas, and political and social concerns. He is turning this kind of music into music with real content.

Conversely, Hip-Hop has been commercialized in such a way that it is more about style and fashion. In music, it is incorporated as part of many pop songs without any regards for content; artists that still carry the Hip-Hop tradition as a medium for socio-political expression are scarce. As explained by authors Rebollo-Gil and Moras, “The growing acceptance and commercial appeal of this 30-year-old musical style and culture has led to the increased homogenization of the music and lyrics for the purposes of mass consumption” (122). And in Reggaetón, despite all the efforts made by the important artist, René Pérez most of the other artists still perpetuate lyrics that objectify and disrespect women. As author Isabel Ramos, a Puerto Rican with studies in Sociology and Women’s and Gender Studies, explains, “Women’s representation in mass media and in music is increasingly negative and serves to reinforce and perpetuate male supremacy. The relationship between female presentation and male supremacy is evident in the case study of Reggaetón lyrics” (68).

Ramos conducted a study of 15 popular Reggaetón Songs and categorized them according to their content. The categories were: “1) verbal violence against women, 2) sexual objectification of women, 3) objectification of women to prove men’s masculinity, 4) women as willing participants of violent sex acts, and 5) demeaning representation of female femininity.” Reggaetón lyrics, as Ramos quotes from author Félix Jiménez from his book Reggaetoneros, “created a generic woman that, in essence, could always be invisible and that in most Reggaetón lyrics appears as a woman who satisfies-as a verbal robot.”

Nonetheless, it’s important to mention that in Hip-Hop and Reggaetón, there have been women that deliver important messages of women empowerment and self-love. In fact a big parallel is Eve’s, “Love is Blind,” and Ivy Queen’s, “Te he querido, te he llorado” (I have loved you, I have cried for you). Both artists talk about domestic violence; they tell a story that happened to them or someone close to them and encourage the victim to take action, to love themselves and not to be dependent on a man that mistreats them.

Historically, music has always been evolving; new genres emerge, old ones disappear or get mixed up between them. But what must be prevalent in our society and in our artistry as musicians is the fact that music is a vital carrier of content that shapes the new generations and everyone despite their genre is responsible for the content they manage, for the images they portray, for the ideas that they spread. Moreover, we all need to look after the historically oppressed minorities so that everyone has a place to raise their voices, to feel integrated and respected. We are responsible for the content we produce.

Phillips, Layli, Kerri Reddick-Morgan, and Dionne Patricia Stephens. “Oppositional Consciousness within an Oppositional Realm: The Case of Feminism and Womanism in Rap and Hip Hop, 1976-2004.” Journal of African American History 90.3 (2005): 253- 277.

Paola Pierce is a piano player and composer from Colombia. She is an eighth semester student at Berklee College of Music where she recently received the Thelonious Monk award from the Jazz Composition department. Her music is the result of experimenting with the sounds and styles she enjoys the most, ranging from jazz to traditional Latin-American rhythms. She is committed to writing music that tells a story, music that reflects her experiences as well as the experiences from those around her. She loves to welcome new challenges, enjoys creating opportunities for others and believes in the value of building understanding.
Featured Artwork:
Poeticdroid. “Sicknature on stage in Sweden”. Wikimedia, 25 October 2016, https://commons.wikimedia.org.