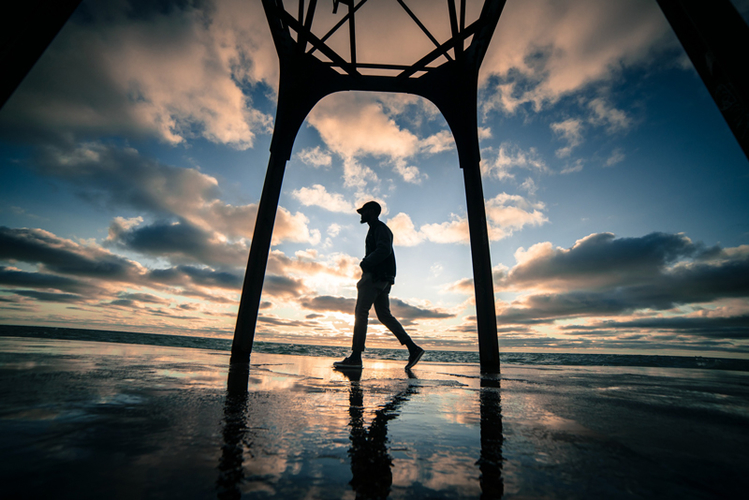 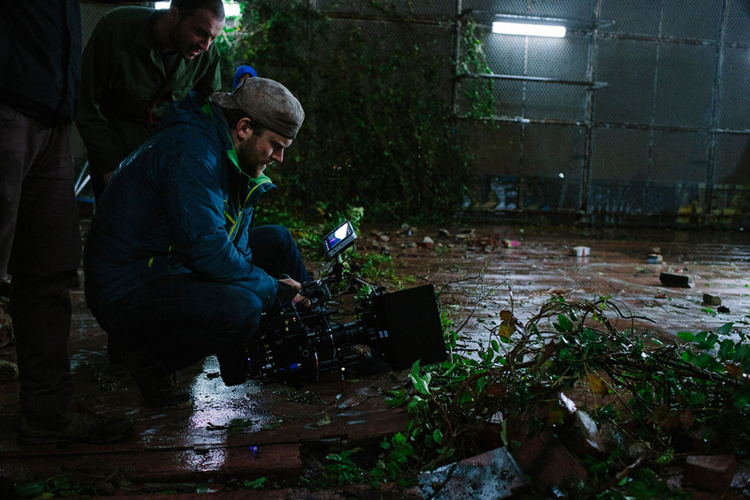 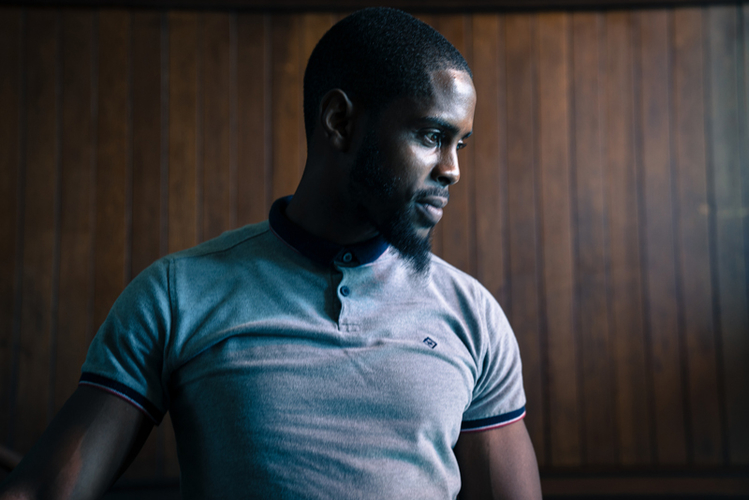 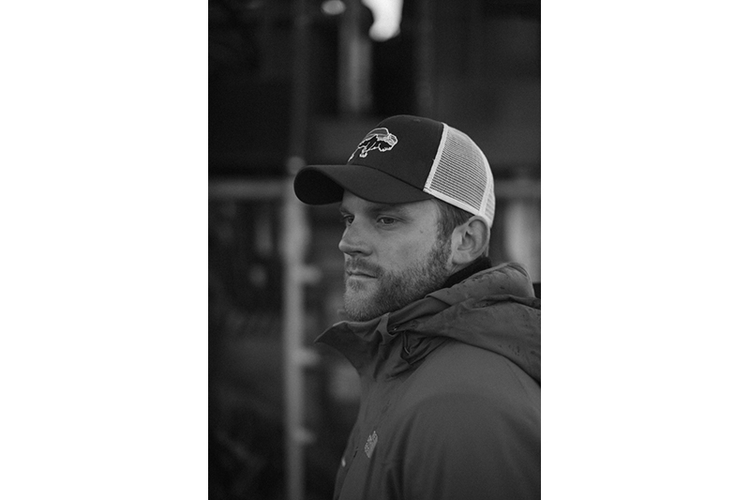 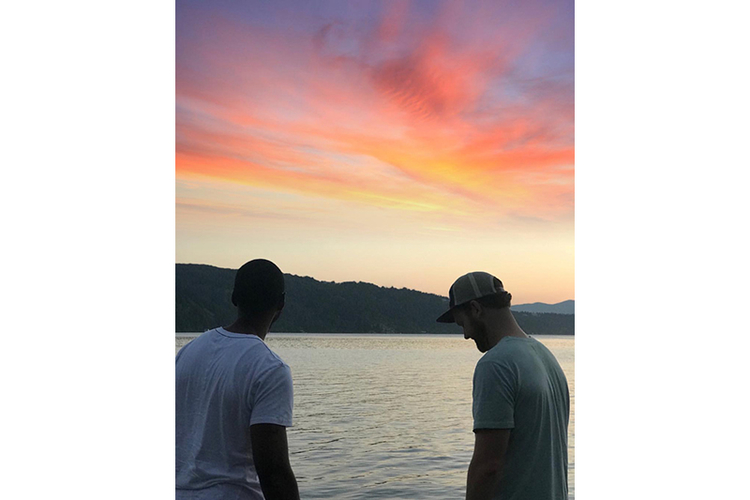 What would it cost us to weep with those who weep?

Amidst a pandemic sweeping the world we are being flooded by images of fellow human beings crying out in the streets. Pleading. Breaking. Screaming. And I’m watching my personal conversations corrode into division: Black Lives Matter vs. All Lives Matter. Good Cops vs Bad Cops. Protests vs. Riots. Hurt vs. Anger. Compassion vs. Cruelty.

And I keep hearing myself think—What does it cost us to weep with those who weep? In 2011 I launched my company Neighborhood Film Company with a mission to apprentice and employ adults returning home from incarceration and use this work to empower men and women into careers inside many different industries. From our company’s inception, we’ve kicked open doors and made sure our Apprentices were prepared to thrive in the room.

We didn’t start Neighborhood because the criminal justice system had good judges and bad judges. Good cops and bad cops. We started this company because even while that is true, the justice system is inhumane and was hurting people I loved, despite those good people working within a horribly broken system. Good people we are partnered with. But the fact remains that our prisons are torture chambers, and the system wasn’t working. It’s a joke that we as a country think any type of justice is being done by locking people up like animals then dehumanizing them and then expecting them to walk out “rehabilitated.”

But they’re “criminals” right? So why should responsibility be on me, a “respectable citizen”? Because I wept. My vision was conceived when first my heart broke for one man named Will whom I met on the street. He was homeless, formerly incarcerated, and Black. He became my friend and my heart hurt with him when I recognized the insurmountable obstacles he faced that I would never face.

I didn’t start “helping him” by criticizing and condemning the clear choices he had made to put himself in that position. Nor did I dismiss him or try to convince him that his obstacles didn’t exist. Instead, I imagined my life as his and it made me weep. Literally. I am reminded of the words of Henri Nouwen, “In our solution-oriented society it is more important than ever to realize that wanting to alleviate pain without sharing it is like wanting to save a child from a burning house without the risk of being hurt. ”

Again I ask, what does it cost us to weep? It has cost me nothing and has given me everything. I’ve watched Neighborhood grow into a thriving business with a healthy mission and along the way I’ve seen the lives of apprentices as well as my own completely transform. By striving to give opportunity to the formerly incarcerated, I’ve realized that we don’t live in a world of scarcity—we live in a world of abundance. There is plenty of room at the table for everyone. By building opportunity for those who are marginalized, I haven’t had to take anything from those who are privileged. In fact, our company’s mobility toward the marginalized has only created more and more opportunity for everyone.

My journey the last ten years has taught me that to invest in an individual’s positives, their hopes, their dreams, their beauty even amidst their clear and evident flaws, proves to produce more reward for everyone involved in the relationship. And it costs a lot less. It costs me nothing to extend double or triple the amount of grace to someone who has broken the law, violated our society, or even disappointed their family. The return on mercy far exceeds the return of our investment in punishment. And at the end of the day I just GET TO share my life with beautiful humans who have beautiful stories.

Meet Aaron St. Jean. He graced our apprenticeship and has since gone on to work at an ad agency in NY. The following are his words and his story.

•   •   •
Born in 1985, I grew up on a small island in the West Indies called Dominica. I had no idea growing up on an island, where I was content with daily life, that I would one day leave it all behind for the land of opportunity. After arriving in the USA, my brother and I were enrolled in the Philadelphia public school system. The journey of moving from an island to a continent was very difficult, and though I had overcome obstacles in life that stumped me, this was the biggest of all, especially for an eleven-year-old. Fast forward twelve years, and I’m beginning my seven-and-a-half-year sentence in prison. Not only was this a difficult period because of the lack of essentials, but because I distinctly remember that it was then I first noticed or even paid attention personally and intimately to cases of Police Brutality against BLACKS!

I was struck by Ricky’s Henri Nouwen quote above about “wanting to alleviate pain without sharing it.” It reminds me of a saying I heard during my time incarcerated that has stuck with me and continues to shape my life daily: “knowledge precedes speech and actions. ” My question to America is “WHY? Why so many years after the slavery of my people who were kidnapped from their land and forced into servitude must we have to endure a lifetime of humiliation and fear? Must we still endure the pain, prejudice, discrimination, and antagonization of being considered less than animals? Entire bloodlines are still being murdered, lynched, burned, and strangled by people who take oaths and swear to make and abide by laws for the people, not against them, and to always serve and protect. Generations came and went, and, as time passed, we persevered and adapted to a land that wasn’t ours, where survival was key. Never to reclaim the bond and attachment to our roots, lands, families and livelihoods in which we flourished before slavery. In the eyes of many, the systemic construct and design of this government to oppress and exploit a people will eternally be a wrongdoing that cannot be undone. It can only be corrected by dismantling the racist laws and legislature embedded into the doctrine of this land. This is an opportunity to show the world that we will not continue the wrongful behavior of those who came before us.

Those challenges I faced while incarcerated prepared me for the journey that I would embark on with Neighborhood Film Company. The process of getting reacquainted with life on the outside of prison walls has been amazing and purpose driven. The future had plans that I was not privy to, but I can look back and say that I am thankful that I was kept in the dark. I have been to places and done things I never fathomed possible. I have had the chance to meet some amazing people who have changed my life forever through genuine acts of humanity. They will never look at the color of my skin or the fact that I have a criminal record as a deterrent to our relationship or bond. This bond is based on trust and giving opportunities. The genuine individuals who see the best in people like me are worthy to be called friends amongst the masses. They have given back in a way that is unmatched. By teaching, giving, and mentoring they have ensured that I never have to go back to my old ways. They have paved a way for me to provide for myself, my immediate family members, and future generations. I am the beginning of a chapter in a book that’s centuries long and ends no time soon. With the things I’ve learned, I can now set forth a series of events that will change the trajectory of my bloodlines’ future.

As I write this I am counting down the hours, minutes, and seconds leading up to my 35th birthday, and on the same day, the official termination of my probation period under the federal system. I am ecstatic and feel elated about that chapter of my life coming to an end. I look forward very much to writing new, more vibrant chapters, surrounded by family and friends who want to see me succeed and working for a company that provides unlimited space for me to grow professionally. The following chapters of my life, while they are guaranteed to still be full of hardship, still full of pain, will also be full of community and hope not normally present for someone with my “record.” I pray that my life will be one that proves that Love does conquer all. The first half of my life may have been filled with weeping, but my tears now are those of joy.

Ricky Staub is a writer/director who founded Neighborhood Film Company, a production company that employs and apprentices adults returning home from incarceration. His first feature film, Concrete Cowboy, starring Idris Elba, is set to premiere at the Toronto International Film Festival. He received critical acclaim for his short film, The Cage, which went on to win Grand Prize for Best Narrative Short at the Heartland Film Festival, which qualified it for Academy Award consideration. Ricky lives with his wife Katie, and two sons in sunny southern California.

Aaron St. Jean is a Production Coordinator at an ad agency in Manhattan, Episode4, where he’s worked with clients such as Charles Schwab and Drift. Previous to his time in New York, he spent a year with Neighborhood Film Company working for clients such as Xfinity, AT&T, and on M. Night Shyamalan’s film, Glass. On the weekends you’ll most likely find Aaron out enjoying nature or inside hitting the gym.