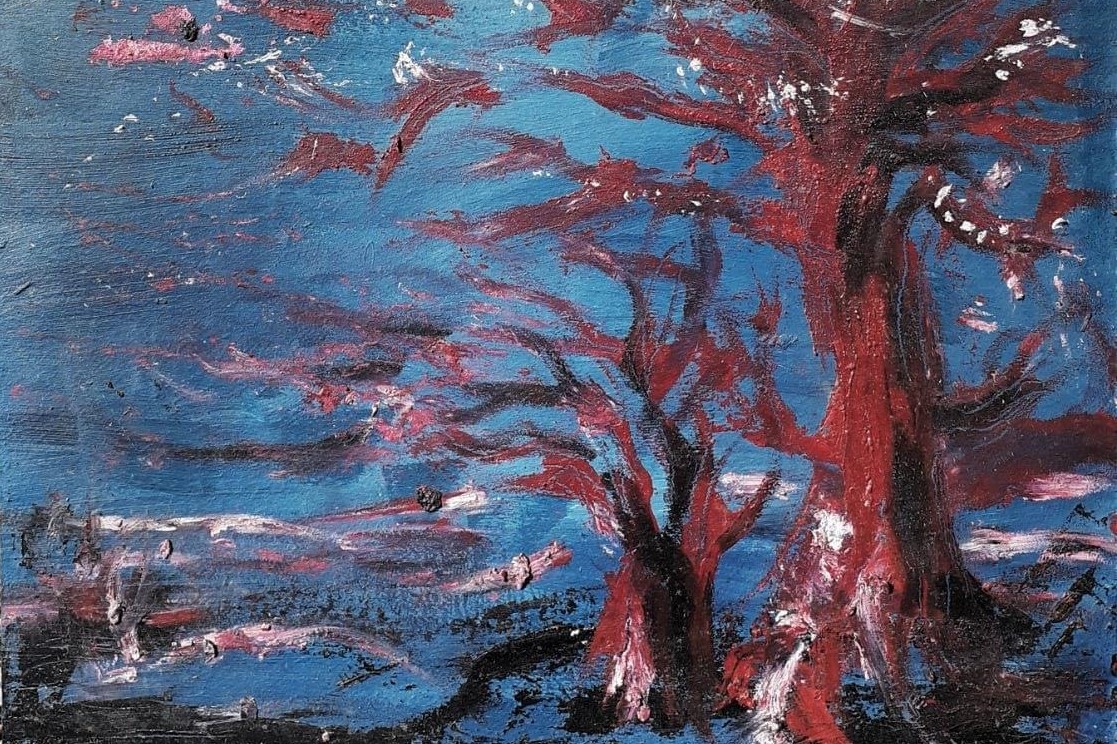 In America, the war in Ukraine has lost its algorithmic intensity, slipping out of regular rotation in newsfeeds and on network news programs. It began first with the price of gasoline, with newscasters focusing on the war in an oblique way—via numbers ticking higher and higher per gallon at the pump. Then the inevitable mass shootings in America, followed by the Supreme Court upending half a century in one decision, the promise of more tucked within the decision itself. And now the spring has given way to summer, the war grinds on in the east, and the story appears to have reached a point of statis. Journalists have booked their flights home, with layovers in London or Paris or Berlin. I imagine them in airport bars, typing notes into their laptops, distracted by cubes of ice melting into whiskey the color of fresh shell casings, their experiences of a combat zone still humming a strange and broken vocabulary within them while memory begins its inevitable process of blur and erasure.

I don’t know why I’m surprised by any of this. And yet, I’ve felt a wide range of emotions since the latest invasion of Ukraine on the 24th of February. Maybe you saw the story on CNN, or read about it somewhere. Do you remember? I’m thinking about the one featuring three American veterans who’d traveled to Ukraine to offer their skills as warfighters to Ukrainian civilians. Adrian Bonenberger. Benjamin Busch. Matt Gallagher. All three are authors. Their books line the shelves in my own home. Maybe they’re in yours, too. I don’t know. But I know I wanted to be there with them in Lviv.

And I was worried about them. They’d put their lives on the line to do something that I, too, believe in. They could be killed or injured doing it. I’d heard of a similar group of military instructors being killed by someone who infiltrated the facility they taught in. I could imagine the dead in the aftermath, shots ringing in the air. I recorded this song (with the great help of musician and engineer Benjamin Kramer, along with vocals by Terri Kent)—as I thought of Adrian and Benjamin and Matt in Ukraine, what I might say to them, or to myself in that situation, or to the determined civilians they were training to fight.

“Fire on the Mountain”
In Orlando, in my kitchen, I make a pot of coffee and stare out the back window and into a wall of green leaves the trees cast down with their exhausted branches. I try to imagine myself in Lviv with Adrian and Benjamin and Matt. I could see them, former officers all, teaching leadership skills and tactics at the squad level. What could I possibly add to these? I imagine Russian troops in the city. An occupation force. The country itself overrun. And what I picture is a war of attrition. Long and ugly and brutal. Cities broken and turned to rubble and ruin, winter spring summer fall. If I were to go to Lviv and be of use, then I’d need to share what I was afraid of when I served as an infantry soldier in the occupied country of Iraq. But I don’t know how to build or emplace a roadside bomb. Or how to make a timing device. Or how to turn an automobile into an improvised explosive. Still. There are things I have learned about war over the course of a lifetime—and more that I’m only just beginning to comprehend. 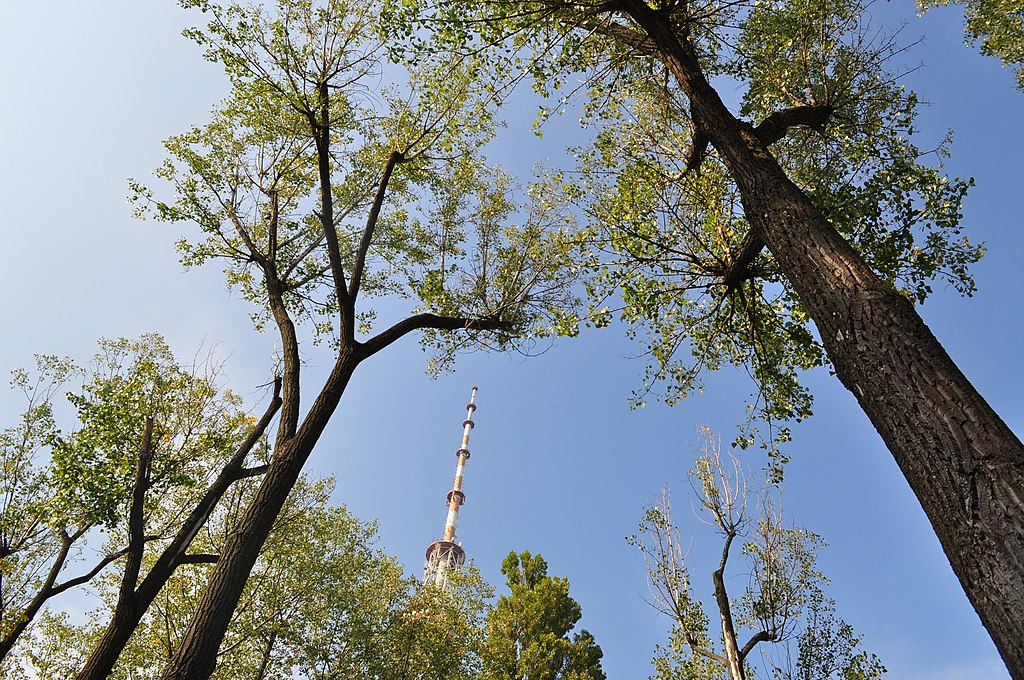 might shape a decision tree.
The price of fuel. Sunflower oil. Durable

goods when they’re floating on an ocean
with no delivery in sight. That

bullets can skip along the surface of a wall
like stones over water.

That it’s a bad idea to tape the sheet-glass
windows of your home, but smart

to roll down the windows of a car
when fleeing a firefight. That

you should open your mouth
to avoid rupturing your eardrums

when a shockwave rolls by. That
civilians are the bravest of all.

See how they face the invaders, saying
Take these seeds and put them in your pockets,

so at least sunflowers will grow
when you all lie down here.

to begin with, to be the one
who carves a hollow center

deep into the word suffering. War
is born of the obscene,

a disfiguration of words like love,
or humanity. This much we know.

These things we do. These ghosts
we live with. How they call out to us

sometimes, asking for water. Such
a simple thing. A glass of water.

*
War becomes metabolized into the culture over time, until it emerges as the mundane. I’m thinking of flower ‘grenades’ and pistol-shaped bars of soap and selfie-bombs. I’m thinking of how—when a social media post goes viral—we say, “I didn’t realize this was going to blow up like this.” I’m thinking of police officers in full combat gear—how they operate in that liminal space between a combat zone and the streets of cities like Normal, Illinois, or Surprise, Arizona. How drones patrol the night skies over the rooftops of neighborhoods, the insomniac lenses of their cameras recording the world below in its thermal signature.

Once again, I live in a country at war. A country wealthy enough to sponsor a proxy war and pay little attention to it. That it might boil over into a major war between world powers seems remote today. Today the windows of my house are glazed with rain. The trees weighed down by the heat of summer. The grass so green it verges on lurid. 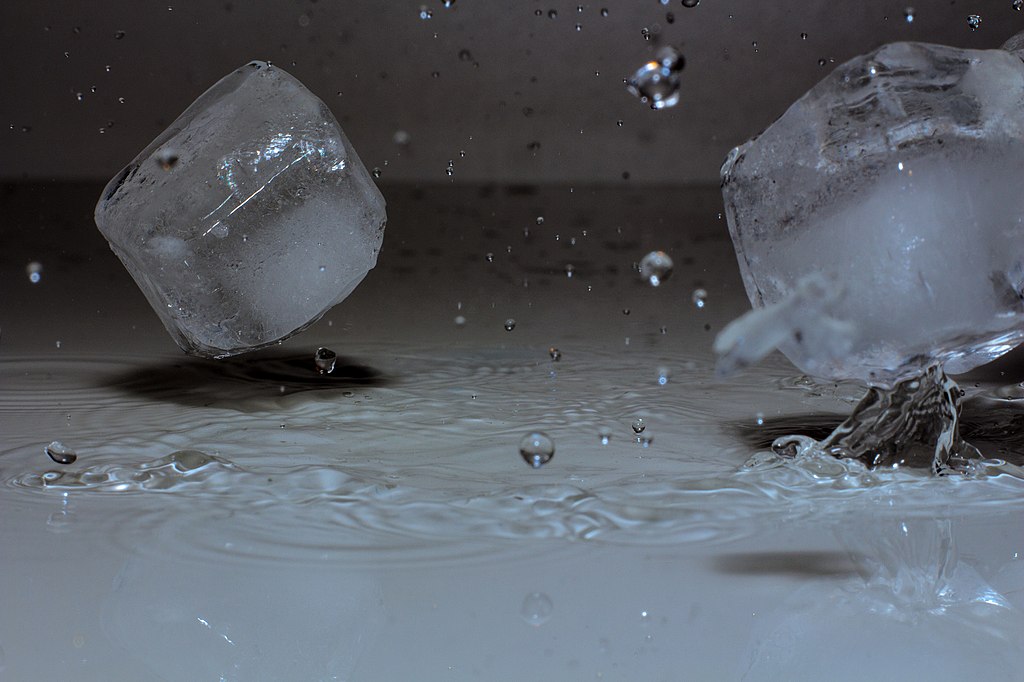 Today, the silver-flecked bodies of sardines
slathered in mustard on a raft of bread.
Ice melting into the translucence of water.

The yellow rain trees have leafed-out
in summer heat, while the river of heaven
unspools its banded rings of mist and fog
on the dreaming side of the world.

A Russian helicopter touches down
in a furrowed wheatfield gone to dust.
Voices call out in the dark there, though
they are lost in the broken air, rotorblades
whirring, with engines humming a secret
the dead might affirm from their stations
in the freshly-dug soil. What are we to do
with such knowledge? What do we say
to one another? Does the word love
extend to these?

My heart is the size of a fist.
My friend tells me that I must learn
to open it, if only a little.

And yet, the sardines lie flat on the bread, side
by side, like soft bullets wrapped in silver.
If I am capable of eating these, on a blue
and sunny day in human history,
what else am I capable of?

*
I am capable of great comfort. I like my coffee with a swirling rope of cream spooned in. In the mornings, I enjoy walking my dog around Lake Adair and hoping to catch sight of a trio of otters I sometimes spy as they periscope their curious heads through the calm surface of the water. The great luxury of time is laid out before me, day after day, and given sunlight or its echo off the stoic face of the moon.

And with each passing day, I am slowing disappearing. Someone I love and care for is living within the complex onset of dementia. I am one small part of that vast history of experience within her, one small part of the mind’s undoing. That vanishing. The word now slips through her fingers with each passing hour, and even though I can see what took place in those hours, like little ghosts still hovering in the air—for her, the hours have turned invisible right before her eyes.

And she’s afraid. How could she not be afraid? The world makes less and less sense as the clock ticks forward. Saturday Sunday Monday Tuesday Wednesday Thursday and Friday—all slide like sunlight into shadow as the days of the week slide off the calendar she’s placed on the dining room table. The numbers beside each day slide off with them to pile into a jumble of nonsense at her feet. The future blurs in front of her as the names of people and things do the same. Nouns worn down into basic pronouns. The reduction of it all so fluid and inexorable.

This is what I’m thinking about as I think about the war in Ukraine.

I’m thinking of caregivers in a warzone. The dementia patients living at home. The families trying to hold their hands and comfort them as history is undone within them—and as the cities they live in are undone around them. It’s excruciating and impossible, and yet it is happening as I type this. There are cancer patients needing surgery and medicines and care. Diabetics in need of insulin. Stroke survivors who are just relearning how to walk, or how to form words they might offer the world through the broken instrument of the body.

The vulnerable. And those who care for them. They are mostly invisible in the literature of war, in the great films about conflict, in the poems of valor handed down through the centuries.

Who will care for these? And who will continue to fight for their right to house the word beauty within their souls?