Skip to content
From How the West Was Won: Berklee Alumni Careers Transformed in L.A. and Beyond, First Prize
Two of the most important decisions I have ever made in my music career were attending Berklee College of Music and moving to Los Angeles. After graduating in 2006 I moved back to my home country of Ireland where I made a lucrative career as a saxophonist. I had appeared on national TV with Amy Winehouse. I had toured internationally with The Commitments (the band from the movie of the same name). I had released my own jazz album and received nationwide recognition through awards and radio play. I had even been invited to international festivals with my jazz quartet. It was fun, I was grateful, I was making a career in music, but I missed the USA. It wasn’t until 2015, 9 years later, when I decided to come back to the land of opportunity for a 10-day trip. I bought an ASCAP “I Create Music” EXPO ticket and was determined to make new connections with Publishers, Labels and fellow musicians, composers and producers that could help further my career. I had been preparing for this opportunity for years and had my USB sticks with my original compositions and songs ready to go. This trip changed my life forever but not in the way I imagined…

It was my first time in LA, but as soon as I woke up on that hot Southern Californian morning in April I knew this was the place for me. The next few days blew my mind. I had met Isaac Hanson in an elevator, I attended a panel to hear Bill Withers and Aloe Blacc talk it out about music and life, I met countless musicians and composers as passionate and driven about furthering their career as I was, and most importantly, I reconnected with the Berklee community. After recognizing Sue, a fellow graduate from my Berklee days I quickly approached her and asked “hey you were at Berklee in 2006 right?”. We didn’t know each other back very well in school but that soon changed as she gave me the low down on LA and bit by bit introduced me to her circle of musicians on the LA scene. Lo and behold, most of them were also Berklee graduates, many of whom I also recognized or knew from my time there. My circle of friendships and fellow colleagues in LA grew exponentially more or less over night all because of her and of course, Berklee.

As my 10-day trip came to an end, a strong, all encompassing feeling began to well up in me; I didn’t want to go home. Nay, I couldn’t go home. How could I? I saw what Los Angeles had to offer and I realized if I wanted to truly further my career, handing out USB sticks to music industry folk at a weekend music conference was not going to cut it. I HAD to be here. So I did what I always do when I am trying to make a big decision – I called Mum and Dad. There was a lot of back and forth, with many phrases like “are you sure?”, “wouldn’t it be better to come home first and save up more money?”, “where are you going to live?”. We finally came to a decision; I was going to extend my trip and see where this magical path of serendipity would take me. I quickly went to the Facebook Berklee LA Alumni page. Right at the top a fellow Berklee graduate had written “looking for a roommate immediately!”. Serendipity was in full swing. My Berklee 5-week 2002 friend Kevin, who had come to visit me from San Francisco, took me in his car and we headed to the apartment. The excitement and adrenalin was rushing through my veins. I was supposed to be getting a ride to the airport, but instead I was getting a ride to some apartment hoping people I had never met would let a stranger move in. What was going to happen? Where was I going to stay if they didn’t let me move in? And where the heck in LA was I?! Luckily, I was greeted by two of the warmest, friendliest people I had met since I arrived in LA. What a relief! I did my best to show Henry and Javier I was chill, neat, respectful, and I promised…I’ll clean my dishes! The surprise on their face when I asked “So can I move in now? Everything I own is in the car”. I must of made a good impression because they cancelled the other people who where planning to view the apartment and let me move in there and then.

Five months later, I still hadn’t gone home and many rich experiences and relationships had been formed. I had taken an internship for a few weeks at a studio, which I found through Justine Taormino, our LA Assistant Director. It was a studio run by the producer and writer JR Hutson who wrote some of the music on Jill Scotts first No.1 selling Album “The Light of The Sun”. I ended up working with Robert Glasper, Malcolm Jamal Warner and Jason Derulo among other incredible artists, producers and musicians. I had even been invited to Jason Derulo’s mansion to do a writing session with his artists. My dreams were coming true one by one. I was also playing, writing and producing with fellow musicians I had met through the ASCAP “I Create Music” EXPO and the Berklee community, as well as every other networking event I could attend. But all this time I couldn’t earn money because I was still on my 6-month tourist visa. I was working on my Artist Visa application and piecing all the information together I needed to apply. It took several weeks and I ended up with over 350 pages. At the end of September an email was waiting in my inbox from my sponsor telling me something I had dreamed about for 10 years – my Artist Visa was approved! I was legal to work in the United States! And that was just the beginning.

Fast-forward to the present day, just over a year after getting my Work Visa, and things are really panning out pretty good! Right now I’m lying on my bed at a luxurious Villa in Bali, Indonesia. I had just performed saxophone and keyboards with Save Ferris for the Mari Berdanska Festival in Bandung, Indonesia to a welcoming audience and we decided to take the opportunity to spend an extra few days enjoying this beautiful country. The ska/punk band Save Ferris and lead singer Monique Powell made their name in the late 90’s with their cover of “Come on Eileen” and even made an appearance in the movie “10 Things I Hate About You” at the prom scene with their original songs, including “I Know”. I am humbled and incredibly grateful to be part of such an iconic band. We already have two comeback tours lined up all around the US for 2017, one of which is a 6-week tour that kicks off on February 10th to launch our EP release called “New Sound”. This will be the first EP Save Ferris will release in 15 years and I was lucky enough to be arranging and writing horn parts for several of the songs. Since I joined the band in April 2016, we have been doing some amazing shows. The performance at the 2016 Santa Monica Pier “Twilight Concerts” in July and the Pepsi Ska Festival in Mexico in August were both very memorable. However, the performance highlight so far would have to be supporting Gwen Stefani at Irvine Meadows Amphitheatre for the last two shows, before they knocked it down. I got to meet one of my favorite artists and it was a dream and honor to be supporting her. I couldn’t ask for more.

In addition to performing and writing with Save Ferris, I am also writing music for several different publishers, one of which is a connection I got directly through, yes you guessed it, the Berklee LA Alumni Facebook Page. I have already gained multiple placements on international commercials in Belgium and France as well as placements on NBC coverage for the 2016 Olympics. I have also had some amazing opportunities to do recording sessions, including one for a Hollywood movie called “Rebel In The Rye” starring one of my favorite actors, Kevin Spacey. Again, another connection I made through a fellow Berklee colleague I had met for the first time in LA. The composer, Bear McCreary, was also a Berklee Alumni and he had written an incredible score of jazz ensemble arrangements. I even got to solo on a few of the cues! I have worked my whole life for opportunities like these and none of it would have happened without the Berklee LA community. Even my connection to Save Ferris happened through a string of events that started with a recommendation from my friend Joe, whom I met 14 years ago at the Berklee 5-week summer course 2002.

There have been a lot of ups and downs since moving to LA. It hasn’t been easy, that is for sure. I struggled a lot at the beginning and there were definitely months where I was waiting for a check to go through so I had enough money to pay the rent on time. There were moments when I really thought it wasn’t going to work out and I was just going to pack it in and go back to Ireland. With the unconditional support and love from my family, the wonderful new friendships I had formed in LA and the seemingly endless opportunities and professional relationships I found through the Berklee network, I pushed on through. And boy I am glad I did. It’s good to be Back In The USA. 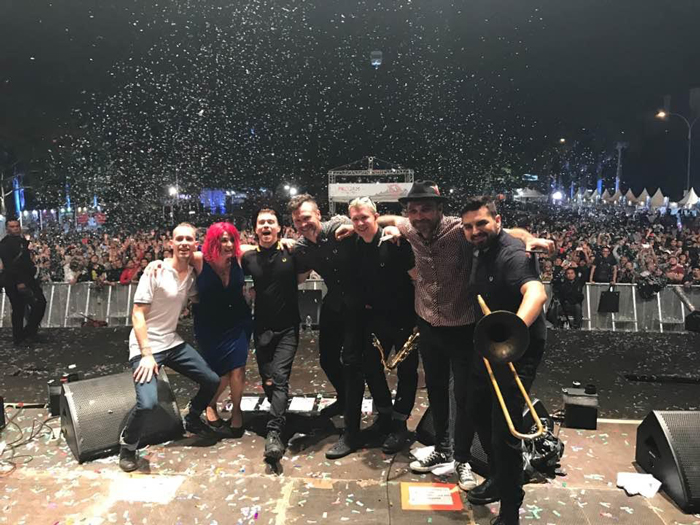 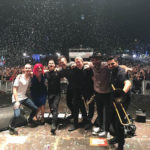 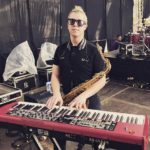 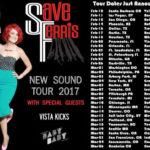 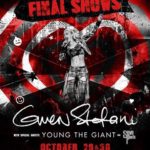 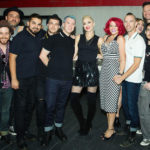 Alexander Mathias with Save Ferris at the Pepsi Ska Festival in Mexico: