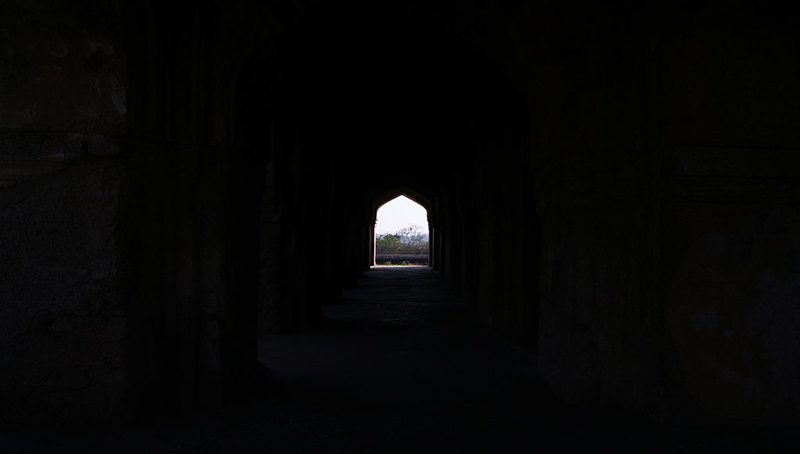 Today sitting at the top of skyscrapers with smart boards projecting the profits of the future, we believe ourselves to be at the peak of human existence. One is tempted to believe that the amazing progress made by the human race in the last 50 or 100 years – our greatest leaps forward with science, technology, social justice, and international education – must reflect a great progress of the human species despite the fact that these advances, in evolutionary terms, have taken place over a short time span. However, it seems that this rapid progression of civilization we’ve witnesses has brought with it a degree of regression with it instead. Has our evolution deceived us? This question sits openly in the air, yet is scarcely acknowledged. Reflecting on the past can shed light on “what is” and “what is to be” and allow us to recognize and change who we are and where we are heading. As the research of Jean M. Twenge indicates, now is the time to do just that.

I am a Millennial. I walk with others of my generation, but I find myself pulled towards the generations before my own. I have always questioned the ways of today’s world. I have always searched for the eyes in the sea of downturned heads. There is much to be said for human progress, but it seems that our progression is all we want to know. It has become a means to some very bleak and empty ends. Among my peers, long gone are the days of “duty before gain,” which Twenge refers to in her essay “The Rise of the Self and the Decline of Intellectual and Civic Interest.” The idea of working your way up the ladder by making yourself the best for the job seems to have slipped through the fingertips of time. The perception of the today’s younger generation as narcissistic and self-involved is not a theory or a claim. It simply remains hidden in the dark behind the bright lights of our TV screens and our little handheld miracles.

You are special. You are smart and talented. You are unique. Children today grow up hearing these assurances continually from the world around them. As Twenge states in her video, “The whole culture has started to emphasize positive self-views more.” Many parents dote on their kids at every opportunity because not doing so looks like child abuse. Children are taught that self-confidence is the key to success, that if you believe in yourself you can achieve anything. For most kids growing up now, believing you are great is all you need to succeed. Parents, teachers, and every source of media grab them to tell them how amazing they are. Two year olds are learning how to use a cellphone before they can walk or talk. Five-year-old boys and girls come to awareness of themselves and their world while immersed in over sexualized media and marketing. They watch instead of read and click instead of write.

Jean M. Twenge analyzes these very issues in her essay asserting that social media has been working against youths, creating a need to be liked and affirmed which leads to heavier self-interest. Kids are taught at a very young age that being beautiful and wealthy is the path to happiness, which drives them to reach those outcomes any way they can. This self-interest bleeds into schooling.

While more high school students go to college than ever before, there has not been a rise in academic achievement. In her video and essay Twenge cites studies in which most college students describe themselves as above average in their academic ability and drive to achieve. This is due in part to what Twenge refers to as grade inflation. To support her argument, Twenge uses the statistics of test scores stating that in the 1970s the percentage of high school students who graduated with an A average was 17%, while in 2014 the percentage was 37%. It would be easy to conclude that this means students are improving academically, but studies show that actual academic ability as measured by SAT scores is unchanged or has gone down. Is it right that teachers are pressured, sometimes by parents, to give more A’s merely to make their child’s life easier and pressured by the education system to do everything they can to make the statistic look better? As a result kids now are receiving high praise for mediocre performances. Studies also show that the amount of hours students study per week has decreased. All this data points to the fact that academically our students have not actually progressed but, as long as the result is positive, it doesn’t seem to matter.

This trend has become ingrained in modern society in the worst ways. In her video, Twenge points out that thinking highly of yourself doesn’t necessarily lead to success, which is sadly evident in many Millenials. Young people today seem to not want to concern themselves in knowledge outside of that which will directly benefit them. Everything seems geared towards personal gain. This self-interest branches out to community and volunteer work. Would students volunteer if it didn’t help them get into college? One wonders if we are creating hard workers or harboring lazy people with high self-esteem. It used to be common to see kids in school mowing lawns, trimming hedges, and doing all sorts of odd jobs in the summer to earn money. Nowadays there has been a dramatic decrease in summer employment for youths. Studies show that teenagers and twenty-somethings are the least skilled and the most expendable segment of the workforce. Often young people do not want to work at all unless it fast tracks them to their career choice. They strive for and value money and status highly but are less willing to put in the work necessary to earn it. Believing they don’t need knowledge that doesn’t directly benefit them hinders any further learning and intellectual engagement. This trend, at it’s worst, signifies a dangerous closing down of the American mind.

There is no doubt that young people today lack an interest in abstract and intellectual concerns and instead focus their energy on practical and material ones. For them, value lies in what you have and not who you are. Making more is valued over knowing more. It’s a world in which someone’s worth is based on what they own or how much money they make instead of valuing a person for who they are and what they do. This mindset contributes directly to a lack of interest in social issues, political participation, the environment, and global understanding. The list could go on and on of values and pursuits that are of great intrinsic and extrinsic value to humanity and yet they often are being ignored while many youth’s clog their minds with meaningless, superficial information.

Without a doubt, mass media and marketing have played a huge role in the civic and intellectual disengagement of Millenials. Kids are fed certain kinds of information specifically structured to make them think less and want more. Commercials are designed to influence positive reactions associated with a product. Even the news we see is selected and pasted on our screens to make the population believe a certain way. This mass-market and degradation of critical thought are seen in contemporary films, particularly in flimsy, vapid script writing. More time in movies is spent on action, graphics, and special affects while the strength of the story, the characters, and the dialogue ceases to hold any real value. Mainstream music blasts subjects like sex, drugs, and violence into the ears of children of all ages. Kids grow up worshiping figures who represent beauty, wealth, and sex appeal and dedicate mind-numbing amounts of time learning about their personal lives. Is it not troubling that more youths of today could recognize Kim Kardashian over the Vice President of the United States?

Under the influence of consumerism, marketing, and mass media, attention spans grow shorter and willingness to expend energy on things that take thought lies on the bottom of to do lists. This apathy and shallowness bleeds into almost every crevice of human existence. Caring for other people falls behind greed. General interest in others does not extend beyond personal circles. Self-interest stays firmly at the forefront of thought and action, with little or no consideration for genuine work or accomplishment. Let’s face it, we’ve created a culture that promotes and elevates quick and easy as the highest purpose. I’m shocked at advertisements I see for kitchen devices to peel oranges, as if doing even that small task yourself, with your own hands, is a difficult and unnecessary hassle.

Youth’s today are willing to compromise standards or ignore reality in order to have something tangible or metaphorically materialistic to pose with or use to better their social standing. This idea was expressed by David McCullough Jr. who gave a high school graduation speech in 2012 that went viral and seemed to shock the nation. He told the students, quite simply, “You are not special.” He presented the idea that if everyone is special, then no one is. He ended his speech telling the students to “climb the mountain so you can see the world, not so the world can see you.” Is that such a horrible thing to teach the youth’s of today? Work hard for what you want and only be satisfied with working hard for what you have truly earned.

We are all equal in fulfilling the destiny of the human existence. We are all responsible for creating beautiful things and experiencing the world for what it is and not what we want it to be. I have always admired the way children see the world. Everything is new and exciting. There is a willingness to learn that surpasses their need to be well-liked. There is an innocent acceptance of others that seems to disappear with age, a desire to imagine that withers with every technological advancement that does the imagining for them.

Many people argue that it is not the fault of youth’s today that we are born in this society but I believe it is our fault for embodying it. I believe that the second we stop questioning the world around us and working for its betterment, we have resolved into a world of uncaring. Things are as they are because we have allowed them to evolve this way. In the introduction to The Road to Character, David Brooks writes, “You have to give to receive. You have to surrender to something outside of yourself to gain strength within yourself.” I say to my fellow Millennials, strive for greatness but take pride in working hard for it. Give greatly because receiving is only an outcome. Have beliefs so you can fight for what you believe in. It’s easy to go numb and not want to concern yourself with troubling matters that make you question the world. It’s easy to want to be comfortable and happy all the time. But is it truly happiness? We all will one day cease to exist and we cannot take the treasure of the world with us when we go. We can only leave behind our influences. I refuse to give up on creating a better world for the children of the next generation. Let us look back at what we created and not what we owned. Let us value the imperishable spirits of love, kindness, devotion, creativity, and inspiration. There is a world behind your screen that is a whole lot more lifelike, and it is slowly disappearing and may be gone before you know it. All you need to do is look up.