Skip to content
From How the West Was Won: Berklee Alumni Careers Transformed in L.A. and Beyond, Tied for Third
Once I graduated high school, I couldn’t get out of California fast enough. I grew up in a city called Woodland Hills, a suburb of Los Angeles in the San Fernando Valley which the natives call “the Valley.” In the Valley, my family lived in a boring cul de sac surrounded by all the parking you could ask for but nothing to do and unbearable concrete summers peaking at around 110-degree. When I finally moved out of the suburbs and told people I was from the Valley, they always laughed and asked if I was “like, totally a Valley Girl.” When it came time to apply for colleges, I only applied to east coast schools, much to the sadness of my mother. Once I toured Berklee, I knew Boston was my new home. I loved my time in Boston and speak very highly of my experiences when I meet fellow alums or Red Sox fans in LA.

Halfway through my last year at Berklee, I found out that there was an opening in the concerts department at the talent agency, ICM Partners, where I had interned the previous summer and I had a decision to make. It was a difficult choice but I added the few credits I had left to my Fall semester, got a friend to sublet my apartment for the Spring and flew back to LA eager to work at ICM. I moved back in with my parents in the valley figuring I would move into an apartment after I had saved some money and then I got a call from human resources. The position was filled.

I was completely shell-shocked. I had just cut my college experience short, and now I was stuck in the valley unemployed. I wondered if it wasn’t too late to go back, enroll in a half semester and take that Afro-Cuban drumming for the non-percussionist class I’d always wanted to take but never had the credits for. I wondered if I should have moved to NYC and moved into a Bushwick apartment like so many other Berklee graduates. In a desperate attempt to convince myself that moving back to California was a good idea, I started applying for other jobs. I reached out to see what alumni services were available to me and found that Berklee had a robust alumni program that was very active in LA. Though Berklee’s services were really helpful, in the back of my mind, I knew that I really wanted to be at a talent agency booking live shows.

On the east coast, I grew to love some of the venues and the live music scene I found. In particular, I loved the Royale in Boston and loved the variety of venues in New York from Baby’s All Right to Terminal 5 to Bowery Ballroom. New York has such a lively concert scene. After taking the Concerts Promotion class that Jeff Dorenfeld taught, I knew that live entertainment was the business I wanted to be involved in. I had looked at trying to get a job at ICM in the New York office, but it made more sense for me financially and personally to come back to LA. The Valley is full of run-of-the-mill rock clubs and stuffy adult performing arts centers, and I had believed LA was void of a live music scene.

After a massive amount of persistence, I was able to get the head of the concerts department to bring me in as floater, helping out with typing up show offers and entering and issuing contracts. I slaved away typing contract after contract and was eventually hired to work for a comedy agent and then a booking agent who handled the west coast territory for the Adult Contemporary/Jazz division of concerts. I am now happy to say I have worked at ICM Partners for three years, currently working for the head of international touring and being an active member in the company’s coveted agent trainee program. This job has afforded me the opportunity to work with so many talented artists, from up-and-comers like Jon Bellion and Kamasi Washington to superstars like J. Cole and Nicki Minaj. Most importantly, going to cover concerts is part of my job description and that is a dream come true.

Since moving out of my parent’s house in the valley, I learned that I never truly lived in Los Angeles. I might have gone there a few times in my childhood but I never got to experience living in LA and being engrossed in the culture. Los Angeles is such a hub for the entertainment industry, and I couldn’t imagine being a part of it without my life being based here. People often joke about how everyone you meet in Hollywood is always trying to “make it” as an actor or a musician, but to me, that is one of the most endearing parts of this city. I have met so many people aspiring to find their own voices, creating their own art and trying to disrupt and reinvent the entertainment business as we know it. The industry is always changing, more now than ever, and I’m so excited to be a part of it in the catalyst that is Los Angeles. 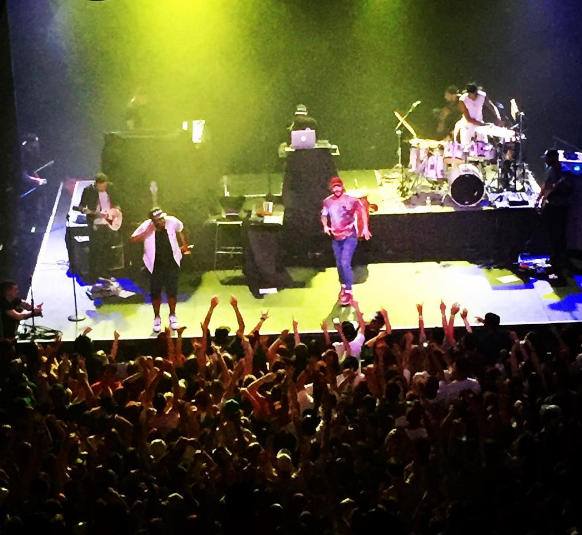 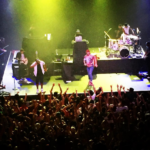 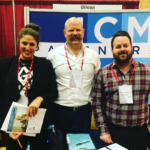 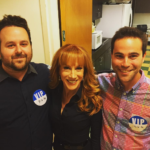 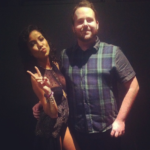