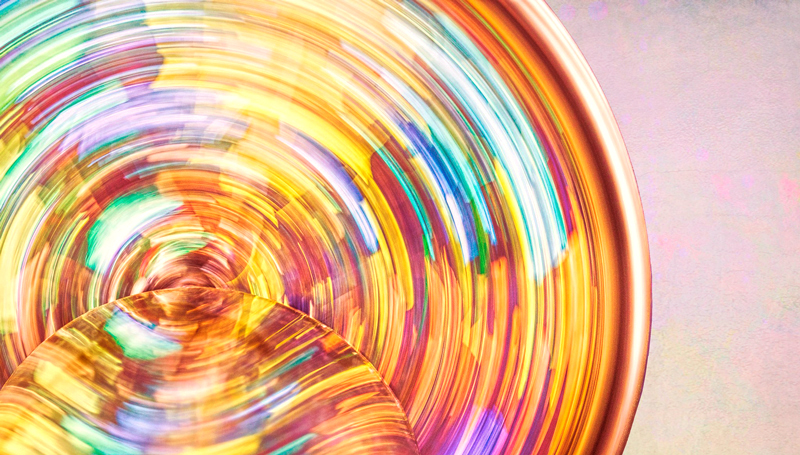 “God bless you, Dr. Alali,” whispers his last patient of the day. “God bless you.” Alborz takes her frail, bony hand and squeezes it gently. She places her forehead on the back of his hand as a sign of gratitude.

“You’re welcome, Gloria. Take care, and tell your daughter not to worry. Your MRI showed great results; the cancer cells are gone.”

As the patient leaves his office, Alborz sits down at his desk. He wipes his sweaty forehead and buries his face in his hands. A cool gust of wind blows from the air conditioner above. Looking up, he bites his calloused knuckles and glances at his medical degree – an ivory white, unrolled diploma, hand-written in Latin with a formal Shakespearian font. He stares at the foreign words. They sit proudly on the thick paper. “Sine civitate,” it reads. Stateless.

***
“No more talking,” said the Kurdish smuggler. “Anything audible can activate Iran’s border control.” Alborz nodded. He continued walking with a more cautious, lighter step. A cool breeze blew from the east, making their travel westward easier. Alborz wondered how many times this Kurdish man had brought someone to this very place.

“This is as far as I take you,” the smuggler whispered. “In about a half hour, another man will come from Turkey to bring you across the border.” Alborz nodded tensely and shook the Kurdish man’s hand firmly.

He watched him walk away, and finally sat down on a rock and studied the dark sky, biting his knuckles. Identifying the big dipper, he was able to point out the North Star. If no one comes in the next half hour, at least I know to go west from here, he assured himself. He picked up a stick and wrote the date in the untouched terrain. October 3rd, 1983. he thought. I wonder when I’ll be in Vienna.

One minute began to seem like five. Ten minutes passed and he felt like he’d been waiting an hour. A sinking feeling in his stomach grew to uneasiness – butterflies, much like the ones he had when he received the letter from his university: “Due to your recent participation in protests and your current political stance, we regret to inform you of your expulsion from university.”

Alborz soon left his pondering and returned to the present. Squinting until his eyes burned, he tried to pick out a figure in the distance to come help bring him to the other side. Finally, he heard a light trot approaching. His heart rate began to mimic the sound of the trot. Bah duh-duh, duh-duh, duh-duh. A few short seconds later, a man atop a donkey appeared.

A cool gust of wind slid across the top of their heads, and the loud gravel underneath their feet broke the silence of the void. A thin tree protected by its verdant leaves shook in the wind. The stars, providing the only light of the night, were somehow bright enough to accurately guide them westward. The ground was rocky and uneven, and sitting on the donkey eventually gave Alborz sore thighs.

“I can walk. You ride,” Alborz suggested to the smuggler.

“We are about to climb uphill; you’ll want to stay on the donkey.”

Alborz descended from the donkey and started to jog lightly. A few minutes passed, and in the shadowy distance, Alborz identified a farmhouse in the middle of nowhere. This is Turkey. I’m in Turkey, he thought.

The farmhouse was modest on the outside. The shutters dangled off the windowpanes, looking sad, almost desperate. The dark wood that made up the house looked old, unstable. The gravel turned into mushy soil and Alborz followed the smuggler into the barn. Right away, Alborz breathed in a dusty concoction of hay, horse dung, and old wood. Two horses snorted at the two men with a vociferous neigh. A light breeze blew, leading them across the hay-covered soil; Alborz shivered. They approached a dim light and a small Persian carpet where they took off their shoes.

Alborz stepped in the farmhouse, which proved to be the opposite of the humble exterior. A yellow light danced across the room and the inside smelled of tobacco and sweet chai. In the middle of the room, there was a fireplace burning, fueled by cow dung. A large, dark red Persian carpet was sprawled across the floor. Framed Kurdish poems and paintings of villagers complimented the beige walls. An old, tan man with stunningly blue eyes awaited his company in a sofa chair. He was smoking a Maltepe, a Turkish cigarette.

They greeted each other with a kiss on both cheeks, and the old man brought Alborz and the smuggler a cup of tea, thick yogurt, and lavash – a thin bread to dip in the yogurt.

The old man did not speak Farsi. He was, however, familiar with Hafez, an Iranian poet. Sitting in the sofa chairs around the fire, placing sugar cubes on their tongues and washing it down with hot chai, the old, tan man began reciting Hafez poems.

“Payaneh shabeh seeah sefeed ast. ” he narrated, looking into the fire. “At the end of the dark night is light. Dar no midi, basi omid ast. There is always hope in the midst of hopelessness.” He looked at Alborz and smiled warmly.

The next morning, Alborz and the Turkish smuggler left the farmhouse early to walk a few kilometers to Van. In Van, they came across a transportation station, where buses and trains came in and out by the half hour. Alborz spotted a telephone and immediately dialed his mother’s home phone.

“Where are you? How are you calling? Are you still in Iran?”

“No, I am in Van, Turkey,” Alborz said calmly. “Everything is fine. I’m taking a bus in a few hours and I’m going to Istanbul.”

“Istanbul? Alborz, how will you get to Istanbul with no passport?”

“Maman, everything is fine. I am just calling to tell you not to worry, I will be in Vienna soon.”

Biting his knuckles between his attempted expressions of consolation, he looked around. His mother’s concerned words were not fitting to the surroundings. He felt free – not entirely at ease, not really safe, but physically liberated.

He turned around to see the Turkish man coming for him with a white strip of cloth.

“Maman, I have to go but don’t worry about me,” Alborz said into the phone. “I will call you as soon as I’m in Vienna.” He hung up.

“Don’t talk anymore,” the smuggler said. “If you speak Farsi and an officer hears you, they will ask for identity. Now, you will pretend you are my uncle.” The smuggler began to wrap the white bandage around his face. “You have a toothache and cannot speak. Here is my uncle’s passport with your picture on it. Let me talk for you.” Alborz nodded. “The bus will be here in thirty-five minutes.”

Alborz and the smuggler sat in silence until an old, brown bus approached the station. “ISTANBUL,” the sign in the window read. The bus came to a halt, the doors opened, and they both climbed inside.

“This is my uncle. He has a medical emergency that needs immediate attention in Istanbul,” the smuggler told the bus driver as he handed over the fake passport. “He cannot speak at the moment, either.”

The bus driver examined the passport and glanced at Alborz. He nodded his head towards the back of the bus, and Alborz bowed his head as a gesture of gratitude. He had truly escaped now.

At the end of the ten years, Alborz anxiously followed a small graduating class of 90 students to his university’s auditorium. His back and forehead were sweating profusely. The bright lights on the stage were hot and blinding, intimidating. Sitting in the antique wooden chairs on stage, his palms became cold and sweaty and he bit his knuckles.

“Dr. Alborz Alali,” the commencement speaker announced. He walked to the podium, a tingling sensation in his whole body, resonating, creating an audible buzz in his mind.

Mina Alali is a signed singer and voice principle (senior) at Berklee College of Music, studying Music Business/Management. She is half Persian. Her Iranian father inspired her short story.
Featured Artwork: Sheila Sund from Salem, United States [CC BY 2.0]