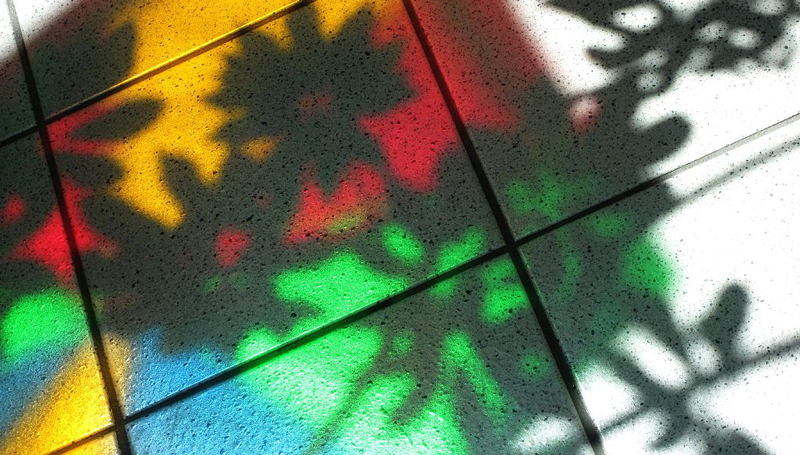 I still remember the smile on Baby’s face when I gave her my granddaddy’s guitar. Gap-toothed, too wide, and brighter than a pail full of sunshine. Mama clucked at me when I came home empty-handed. “Delly, you’re a sweet thing,” she said, “but your hands are too open for your own good.” But I didn’t mind, for I’d seen Baby’s hungry eyes follow me when I brought it to the schoolhouse, and I’d heard her singin’ like a little angel on Sunday mornings, and I knew she’d learn to make better music with it than I ever could.

I was right. She took that guitar everywhere, and after she’d learned all the songs on the mountain, she made up her own. We called her our Ash Mountain Songbird. When we were both twelve, she went to Henrysville, across the valley, and sang some of her songs on the radio. My, but we were proud. Mama never got tired of telling people that it was my Poppa Jack’s guitar that Baby had, and that I’d given it to her.

When Baby was on the mountain, she and I would sit out on the back porch of an evening, and talk. I would help her make up songs, and she would sing them, and I would mend, or shell peas, or do whatever it was that needed doing. But the more songs she made up, the more she was gone. First it was Henrysville, then the big station in Black River wanted her to come sing.

Then, when we were both fourteen, and leggy and clumsy as a pair of colts, Kenny O’Leary asked her to come sing with him at Capitol Hall. And wasn’t that something! We got to see her on television that time, all of us crowded into Parker’s Mercantile, while Ol’ Missus Parker held the antenna just so. Baby was so beautiful, wearing a grown-up dress, and with her lovely red hair teased up into a mountain of curls. I wouldn’t have recognized her, ‘cept for the guitar.

After that, whenever she was on our mountain, her feet were there, but her heart wasn’t. She wanted the big life, so she kept leaving, and then she moved to Centerville, and then I only ever saw her on television, or when she’d come to visit.

When I was nineteen, I fell in love with Burris Parker. It surprised everybody, even me. When were children, he had been loud, and clumsy, with overlarge ears, but when he took my hand and shyly kissed me behind the woodshed, I decided I wanted to keep him. Three months later, he offered me a ring. Mama started making over Granny Emma’s wedding dress, fit to burst with pride.

Baby came back to visit at Christmas that year, and she was all grown up, so lovely it made my chest hurt, and she wanted us to call her Jolene. But her eyes were sad, and her songs were sad, even though she told me she was happy. So I introduced her to Burris, and oh! she laughed when she realized who he was, like sunrise spilling out of a tub. Mama looked like she wanted to cluck her tongue at me after Baby left, but she didn’t say anythin’.

Baby visited more after that. I would work out on the back porch, and Burris and Baby would sing, and her songs weren’t sad anymore. I was so happy that I thought if I pricked my finger, sunlight might bead on my fingertip instead of blood.

Then one day, Mama packed the wedding dress away, only half made-over. I saw her, and she saw me, and she sighed like she was trying not to cry. “Delly,” she said, “why do you always let her have the things you like best?” And then I felt like I’d be sick, because I knew why Baby was happy again.

I watched Baby and Burris that night while I pretended to be mending. Turns out I didn’t need to bother, because they didn’t even look at me. Their glances felt like kisses, and when I couldn’t stand it anymore, I said I had a headache, and went to bed. Mama came in and sat behind me, and stroked my hair, and I cried because they’d barely noticed that I’d left.

The next day, I splashed cold water on my face, and wrote a letter to Baby. I ignored Burris because I couldn’t look at him without asking what he’d done, and why, and maybe throwing something at his face. When I was ready, we went for a long walk, and he told me, very quietly, that he was sorry, and if I didn’t want to marry him anymore, he understood. “Will you ever do that again?” I asked. He shook his head, and I saw no lie in his eyes, so I kissed him.

I never got a reply to my letter, but after that, Baby kept her distance, and I kept mine. And it hurt, because I couldn’t help but remember those evenings on the back porch, before the radio shows, and Kenny O’Leary, and the records and the television shows and the movies, before Jolene, when it had just been Baby and me, with a guitar and a pail of peas.

A couple of years later, I was watching my little Emmy Rose pick chubby handfuls of daisies, when I heard Baby’s name on the radio. That wasn’t unusual, but then she started singing…and I already knew the words.

Rebecca Wright is a writer for both page and stage, singer, teacher, and occasional composer. She is a native of Portland, OR, where her sisters were her first audience, and she developed a compulsive need to wear plaid flannel.
Featured Artwork: Peggy Reimchen [CC BY 2.0 (https://creativecommons.org/licenses/by/2.0)]