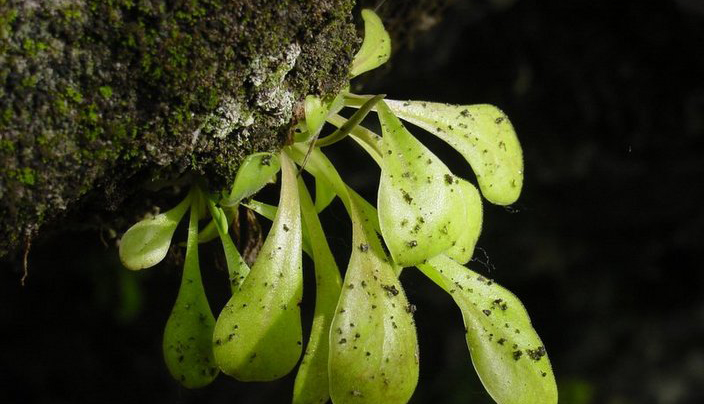 On a warm fall day that smelled of earth and rain, Matilde stood in the middle of the backyard with her husband, Fernando, trying to figure out a game for their children to play—a game that would not frighten them. A game that would turn her tradgedy, their tradgedy, into something more than loss. The children were in the kitchen with their grandmother coloring with crayons. Shouting for the kids to come out, Matilde yelled, “We are going to play monsters!” Then, looking to the bluegrey sky, she asked God for the strength not to cry.

Her husband made himself a beard with shaving cream, lifted his arms and started growling, chasing the kids around the yard. The goal was, between the being chased, the one who took more hair off their mother’s head, would win.

Bending down to her children’s level, they plucked the hair off her head, then stuffed it in little plastic bags, laughing and bragging about who had more. Then, as Mitilde stood and watched, they ran wildly away from their growling father, their little bags dangling from their little hands. From the kitchen, their Grandmother stared sadly at her daughter’s hair being blown away in the wind, by a warm, gentle breeze.

It was a Thursday night in September of ​1999 w​hen Matilde noticed a small lump inside her breast. It felt warm. She knew then, something was wrong. The next morning, she went to the doctor without telling her husband. After going through all the necessary examinations, she sat in a small, beige room, waiting. When the nurse walked in, she sensed the bad news in her eyes. And the words she’d once said to herself, when she was 17 years old, echoed, again and again, against the inside of her mind.

When Matilde was 17 years-old, she lived in a small village called Mante, in Tamaulipas, Mexico, a border state just below Texas. One day, Matilde went to a Lizie’s house, where a group of their friends had gathered. There, they began as always, to talk about fear, death and their futures.

“I want to die young and beautiful at age 35,” Matilde had said. Little did she know, one day she would become a 34 ­year­-old mother with two children—Fernando at three, and Estefy at seven—and given a short, life sentence. She was not afraid to die, but she wanted more than anything for her children to build memories with her, beside her. That night she couldn’t sleep.

The next day, when the sun hadn’t yet risen full in the sky, she decided to go for a walk while her family lay quiet, still dreaming. Matilde walked without reason, losing track of time, knowing only that she needed to keep going. Walking through her neighborhood, under the shade of trees, sunlight filtering in sharp shafts through leaves and branches, the smell of breakfast rolled out of houses.

Walking, she felt everyone’s life was safe and sound, except hers. Good and bad times flooded her memories, and flashed through her mind. Finally, after hours of wandering aimlessly through town, and the deepest corners of her soul, she arrived at a church. She tried to enter, but its doors were closed. Sitting down on a bench nearby, she asked God for a sign—a child, she thought, a dog. Anything.

“God,” she prayed, “just give me three more years for my son to grow a little older, so he can remember my face, and the sound of my voice.” As Matilde prayed, and hoped for a sign of comfort, she felt a deep and resounding presence behind her. Turning around, her face covered in tears, she believed she saw Jesus. For a moment, she felt embraced by His presence, His light. Her journey that morning had taken her to this place, this moment. Now, she felt ready to experience an even greater journey, a journey of healing and transformation.

Later that night, she went to the hospital with her husband to analyze the results of her many tests. Dr. Ledezma, her oncologist, said it was a small tumor that needed to be extracted that next Tuesday. “And,” he said, “it was no big deal—only 0.9 millimeters in diameter.”

On Tuesday, the day of the surgery, Matilde’s mother came from Mante to be with her. To take advantage of the anesthesia, Matilde told the doctor to do a tubal ligation surgery if the tumor was benign—her husband didn’t want to have more children, and she could give him that.

After surgery, Matilde woke up on a stiff, uncomfortable stretcher. She stared at the white ceiling, still numbed by the effects of the anesthesia. As a nurse opened the door, there she stood—her mother—waiting for her.

When Matilde was a child, her mother was always away from home, working all day at a little corner store they owned. Matilde woke up at every morning to the sound of glass milk bottles clattering against each other in an old iron crate, to the rhythm of her mother’s footsteps.

At 17, Matilde left Mante for the city of Monterrey, almost four hours away, along mountainside roads, for a better education. Her father asked her to kneel in the living room before leaving. When Matilde was down on her knees, her father gave her a blessing with tears in his eyes, but her mother stood away, her arms folded, less expressive and cold.

Later that day, Matilde was moved to a bed and covered with a thick blanket. Touching her belly, she felt for a bandage, indicating the tubal ligation surgery. She didn’t feel it. “Mom,” she asked, “is it malignant?” Her mother answered with a gentle nod.

Moments later, Matilde seemed to leave her body and float above herself, looking down at her mother, at herself, in lying in a stiff, white bed, from above. Hovering over her body, she watched as her friends and family talked, as people left and entered the room. Then, her children walked in. Immediately, she snapped back into her physical body.  Once she’d given birth to both of them in this same hospital, now she was there to fight for her life.

After the surgery, they inserted a catheter in her body, through which the treatment would be administered. She had to undergo what doctors called a sandwich. The first piece of “bread” would be three sessions of chemotherapy. The stuff inside would consist of seven weeks of nonstop radiation. And the second piece of “bread,” would entail another three chemotherapy sessions. After this, she would continue going to the hospital to monitor her progress. During this time, Matilde’s husband would have to spend more time with their children, and learn, finally, to take care of them.

Before Matilde’s cancer, ​Fernando would not have lunch with the children until they’d finished, because he didn’t want his shirt wrinkled or stained. When Fernando and Estefy were babies, he wouldn’t feed, change, or take care of them—they were too messy or difficult, or something he didn’t understand. Cancer, however, transformed him into a caring and loving father.

In March of that year, Matilde went to the hospital with her husband for her last exam.  Her doctors thought it was then end of her treatment. But three years later, while vacationing in Cancun with her family, Matilde began to feel terrible. A doctor came to see her at the hotel to determine what was wrong. After examining her, he said it was probably a digestion problem. Matilde stayed in the hot tub all day, to suppress the unbearable pain she felt.

When home, she went through many long, medical exams. After getting out of the MRI machine, her doctor wrapped his arms around her without saying a word. That evening at home, she sat with her mother, quietly waiting.

Staring out across the mountains, through her bedroom window, she received the call. Doctors confirmed that a metastatic tumor had moved into her ovaries. It was something they had never seen before. It was then Matilde’s husband took charge, seeking medical help at the MD Anderson Cancer Center in Houston, for further studies and treatment. Her mother squeezed her hand, told her not to worry. She had a chance to survive. In Houston, later that spring, Matilde had her ovaries, womb and omentum, her appendix and lymph nodes, removed.

In Houston, doctors said this was a rare case. So they prescribed a new type of chemotherapy that would be administered directly to her left arm. This new treatment was part of research study. Back in Monterrey, when she reached the sixth and last chemotherapy session, her arm was full of scars, her veins black from her fingers to her elbow. And during all that time, her mother was by her side, giving her courage, giving her the love Matilde thought lost or impossible when she was a child.

After years twelve long years ​of monitoring her treatment, Matilde sat in the doctor’s office, hoping it was the last time. As Dr. Ledezma opened the door with an expression of joy, Matilde asked, “Why are you so happy?” He was a very serious person; she had never seen him smile this way before.

“You survived!” the doctor said to her, giving her a hug. The doctor explained that despite a survival rate of less than four percent, against all odds, Matilde had survived the cancer.

In the end, Matilde believes cancer was a blessing. She was finally able to feel and experience her mother’s unconditional love, a love she once thought she’d lost. Receiving the love of her mother, finding a stronger father and partner in her husband, and being a mother to her children, was the fuel to Matilde’s survival.

Now, twelve years later, her children are both in college—Fernando studies music in America, and Estefy, accounting in Monterrey. Now she has full head of hair, her husband is a true partner, changed in innumerable ways, and her mother is loving, and no longer distant. Now, for Matilde and her family, there is no more plucking hair, no crazy father covered in shaving cream, and no need, any longer, to play “Monster.”