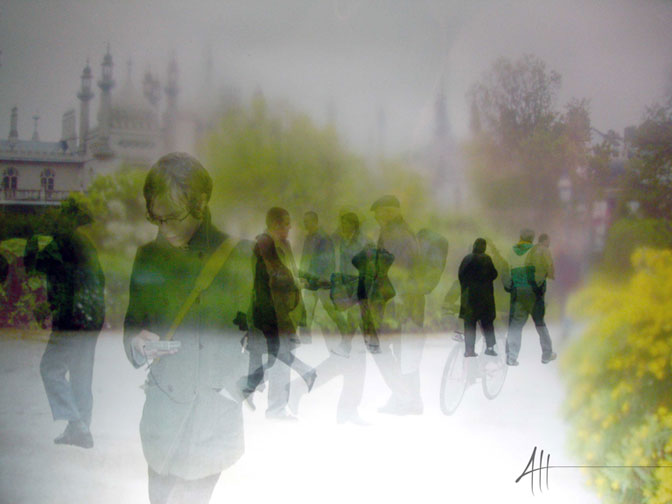 I was walking down Inman Street in Cambridge the other day, from Inman Sq. to Central.  As I approached Massachusetts Ave., I noticed an older woman sitting on the porch of a random elegant old home.  She was looking rather haggard, as if she was down on her luck.  She confirmed this by asking me for exactly 70 cents, perhaps to supplement a bus fare.  I was drawn in by the specificity of her request as well as her seemingly good-natured intentions.  I searched my pocket for the 70 cents, but I came up a bit short. “Oh, honey, I’ll take whatever you got,” she reassured me.  She stared me down for a second, as if she was reading me.  I started to walk away when the most amazing words came out of her mouth.

“Hey! You wanna play Scrabble or something?”

I came to an abrupt halt and tried to collect myself.  I love Scrabble with all my heart.  I play Scrabble whenever possible — with friends, online, or in the silence of my mind.  I am a Scrabble freak.  She read me like a book.  So, I turned around and casually said, “Yeah, duh.  Of course I want to play Scrabble.”

She looked at me with disbelief.  She asked me to confirm my response several times, perhaps questioning my motives.  But a moment later, we were walking towards 1369 Coffee Shop to play Scrabble.  I bought her a pot of tea — chamomile mint, and a cup of coffee for myself.  It was the most miraculous game of scrabble.  She was as sharp as a tack, and I was only narrowly able to edge out a win.  During the course of the game, we talked about gentrification, racism, spirituality, music, and other aspects of our lives with enthusiasm and mutual respect.

But finally I asked her the real burning question, that is, what had inspired her to ask me to a game of Scrabble.  I figured maybe she was a Scrabble nut like me.  But she confessed that she had not played in about two years.  She claimed that she just saw me, and that it seemed like the thing to ask. Maybe she can read minds.  Maybe she and I are cosmically connected.  Maybe she was God herself.

In any case, it was one of the more interesting nights I have spent in this town.