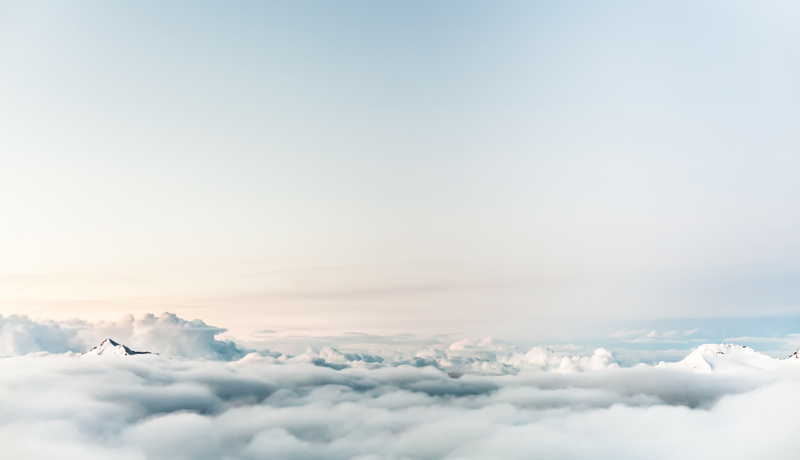 Jack Sparrow: I know those cannons. It’s the Pearl.

Man in Jail: The Black Pearl? I’ve heard stories. She’s been preying on ships and settlements for near ten years. Never leaves any survivors.

Jack Sparrow: No survivors? Then where do the stories come from, I wonder?

– Pirates of the Caribbean: The Curse of the Black Pearl
As I sat in class listening to my professor read from the Upanishads’ description of the ‘imperishable,’ I became increasingly frustrated that it was more a non-description than a description, filled with non-descriptors and negations. The ‘imperishable’ was unquantifiable and immeasurable. It did not have attachments or limitations. It was fully independent and self-sufficient. And it was imperceptible – which ushers in the ultimate paradox: that philosophers for generations have argued for the existence of a thing we cannot actually perceive. They pursue knowledge they already know they can never fully prove or disprove, because while the knowledge evades us, clearly the knowledge that we are lacking it does not. The Upanishads call it the ‘imperishable’; the Egyptians have a similar concept of ‘Nun’. It is an ancient question that runs through the timeline of humanity. Regardless of culture or time period, something inside of us knows there is something beyond us. Our minds somehow know of something unknowable.

Humanity is plagued by many questions, but rarely pauses to ponder the why those questions exist and from where they stem. Why do we even question in the first place? If there were absolutely no way to know something metaphysical, why would there be an insistence that it was worth seeking? Even if the existence of a God or higher power were not a necessity, it would seem that the search for one is. It is not merely a desire – it seems to be a hunger, or a thirst: an actual need that has to be satisfied.

I realized that if a thing existed which was entirely beyond your means to grasp, so much so that it was not within your capacity to put language to it, the only way you would know was simply if you were deprived of it. In which case, you might not even be able to pinpoint the deprivation. How would one explain hunger if he did not know food existed, much less explain the concept of food? There would be no possible available vocabulary or framework, no prior understanding to draw from, to describe its form. I believe this finds its parallel with our hunger for the metaphysical. ‘Food’ has no equivalent on this earth, and you have to taste of it to understand its meaning. Perhaps the same it is with God.

To look at mystical experiences through a scientific lens would be to look at the self as the source of its experiences, to label them as neurological and psychological phenomenon, as social and cultural constructs, as illusions or emotional states. The human mind can indeed powerfully create many things. But how does it create what is not there? Hunger is not an actual entity; it is a lack. It is in fact a void, and a void is something one must be deprived of in order to have.

Of course, hunger alone is not enough to infer what precisely should or would satisfy it. Many of humanity’s questions are too open-ended to assume their answers all lie in one single omnipotent being with specific attributes. Sitting in class, initially excited that I had a sufficiently logical argument for the existence of God, I felt Him show me that the only way to absolutely know He existed was to know Him. This surprised, and even disappointed, me. Despite all my reasoning, there was actually no conclusive proof. My argument would at best supplement my knowledge of Him and what He is like.

For me, knowing God has been a thrilling journey. Like any love relationship, it is an adventure that when stagnant, does not feel right, and makes me long for more. One of the most essential parts of this journey has been the growing desire for God to show me the way He sees other people. Without this, I feel like something is missing from my life. Towards the end of my summer in Singapore, I went to a café and was very impressed by the friendliness and warmth of the lady at the counter, and wanted to do something special for her. I asked God to show me something about her life, and I felt Him show me that she had a teenage son who was going to be extremely successful. I also heard Him say the word “doctor.” Before I left the café I went to speak to the lady, and asked her if she had a teenage son. She was shocked, and asked me how I knew. When I admitted that God told me, she immediately took me aside to talk about her son. She shared with me excitedly that he was very brilliant young man who did very well in school and that she strongly felt like he should become a doctor. Overjoyed, I encouraged her that I believed he indeed had a great destiny. There in the café, we continued to talk about her life and family and aspirations. Moments like these reaffirm my knowledge of God, the way that He loves, and the way that He treasures individuals. They remind me that a certainty of God’s character only comes through a willingness to get to know Him. Many things point to the existence of a higher being, but I believe it is our interaction with Him that uncovers His nature and convinces us of His goodness.

Charis Tan is a Berklee student.