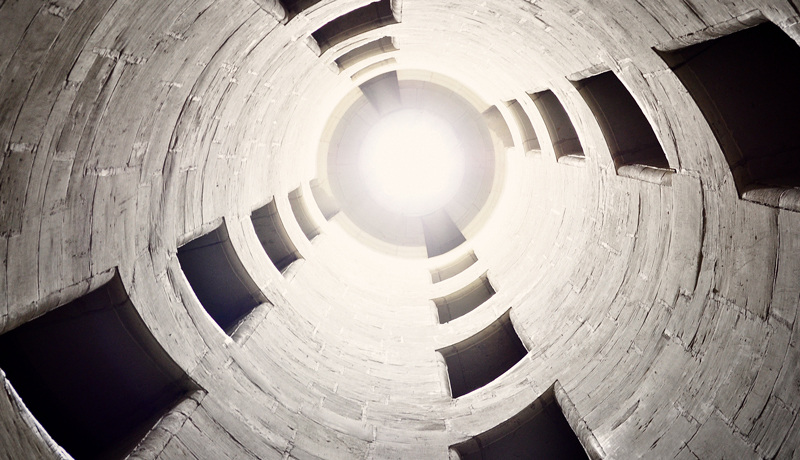 “This great hole, a black hole of no info” (Lockwood)
In a 2004 interview, Annea Lockwood mentions this “black hole of no info” in relation to the world of composers that happen to be women, more specifically those that interact with technology. Silencing is the key force in this “black hole.” It is a form of cultural removal that can be felt by half of the population, yet, such a topic is still pervaded by a quietness. The relationship between silencing, gender, and technology is unusual. Interaction with a machine is not a gendered activity; it is merely an activity, one that is unbeknownst to the gender present in the user. For this reason, one begins to recognize both the freedom held in technology and the restrictions that permeate such an interaction. This restriction lies in the social perception of difference through the concept of gender. Difference is felt in the lives of women that create music using technology; through centuries of a male dominated field of both composition and technological advancement, a limited mode of interactivity has been created on the basis that women are lesser, that there is no space for women in such a field. This is the “great hole, [the] black hole of no info” that Lockwood attributes to the world of women composers.

Music informed by the continuous advancement of technology provides the vanguard-like receptacle of music, gender, and society. In this paper, I will highlight three aspects of this world: the construction of gender neutral as male, the relationship between females and this canonically male field, and the parameters needed to create an open gendered environment. My aim is to analyze the situation of gender in the production of electronic music and sound from the mid 20th century to the early 21st century through the focus of women’s experience, social theory, and philosophies related to the body and music.

Over the many centuries of silencing, conditioned perceptions of difference, and Othering, a male dominated field of composition and music production has been created. This fact influenced the world of early electroacoustic music, which in turn, has created a gendered field of electronic music, even in popular forms. This is formed on basis that the concept of gender contains intrinsic values or set characteristics, that gender stereotypes contain the information that should then determine the freedoms allotted to those that fit either within the gender binary, or outside of it. Such a topic has to do with the body and social spaces. The body is paramount to the concept of gender, most specifically the perception of gender, in addition to how individual perceptions influence the greater climate of society. Music is intertwined with the social, and as a result, a container is created for what is exhibited within social dynamics and perceptions. In other words, music is one of the vehicles in which society can receive cultural ideology; it is a receptacle for the ways in which social interactions occur, considering music’s inherent spatiality. The current state of society can be measured by “recent scholarship, [which] acknowledges the spatial element of music as inherently political—‘Sounds, and the spaces they inhabit and transform, open up room to critique, to subvert and to reconstruct social realities’—but nevertheless,

for all the diverse transformations of music in place and the social changes that marked the last half century, gender relations and the structure of public and private space have changed little. The material power of the [music] industry has been a remarkably powerful conservative force, as in other cultural industries (Bridges 235, Connell and Gibson 220).
Such observations allude to the fact that within the industry of music, gender is caught up in such history; it is still dealing with the conditions in which it thrived in earlier centuries. The reality of educational restrictions and broader domestic limitations results in the reality that maleness is the norm within the world of technology and music. In addition, the advancement of technology has been primarily male driven, with the idea that females do not belong in the field because of the intrinsically masculine qualities of such work. Another aspect of this particular receptacle of culture is the philosophies that influence the production of art, containing vast power over academia, the very place where electronic music thrived in its beginnings. One perspective on such scholarship is that “the beauty celebrated by aestheticians [is] often stained with such things as violence, misogyny, and racism” (McClary 4). Aesthetics, one of the highest forms of cultural production is rid with this idea that the norm, even as far as “beauty” is not only gendered as male, but violently so. One can look into a more pedestrian, yet hyper-current production of art to observe this unbalanced dynamic: as little as sixteen years ago, only one in ten DJ’s were female (Fikentscher 124). When one dives further into this fact, one may notice that not only are the numbers unbalanced, the one female out of the ten must deal with their gender in relation to some aspect of their experience creating music as a result of their Otherness, often forcing a suppression of their femaleness. This is observed all across the field of electronic music. Such information points to the fact that to contain femaleness, even if displayed as a matrix, as something with no intrinsic characteristics, is to be an Other. Maleness, in the stereotypical sense of the concept, is to be gender neutral, or rather, free from judgment. It results in a certain acceptance: an acceptance to create, to express freely, and to not be questioned or judged by gender. Yet, there seems to be little room to accept those that do not display maleness.

To take a better look into the experience of gender within electronic music and sound, the perspective of the Other is crucial. The women involved in the creation of electronic music and sound have been vocal about their position within the field, particularly in relation to their gender. One female electroacoustic composer has stated: “I to involve myself in the whole spectrum, and not feel limited for any reason” (Young, 63, interview with McCartney). Young expresses the desire for access not only to the spectrum available in the electronic, but also in her body. This freedom results in an exploration of “the tensions between compositional/technological restraints and freedom: freedom from stylistic boxes, freedom to move and breathe, freedom to enjoy [our] work” (McCartney 63). There is an inherent connection between the use of technology and this expression of freedom. There are restrictions involved in the use of electronics in music that may be similar to that which is experienced by anyone displaying qualities other than conceptualized masculinity. Machines have limitations via their human creation. Machines display the qualities inherent to the creators, or the restrictions inherent in those that create such machines or programs. It may be that gender is synonymous, and as a result is a platform that encourages agency within such restriction. Bodies, space, and societies can create restriction, but they can also be viewed as an opportunity to develop freedom. “[Women composers] seem to want access to the whole universe of sound and all of the possibilities of new languages without losing touch with their own bodies” (McCartney 63). For bodies to be bodies, without conceptual attachments, is primary to the experience of women composers. This is paramount to the electronic music created by those that view their experience in this manner, and is paramount to society’s historical perception of gender.

Such a dynamic, although being founded on an unbalanced canon of musical heritage, is also an ideal space for freedom to be created. Elizabeth Bridges, an ethnomusicologist that deals with feminist theory, states that “’science and technology provide fresh sources of power,’ which in turn help enact rearrangements of race, sex, and class rooted in high-tech-facilitated social relations’” (Haraway 57, Bridges 236). Around the same time in 2000, Sadie Plant, a cultural theorist and philosopher stated:

Technology as a medium for musical production contains the potential to unlock key aspects of gender and social dynamics. This is because it receives restrictions inherent to a gatekeeper, just as gender has had to in the past, with the gatekeeper being maleness. It is apparent that humans display qualities other than basic masculinity and femininity. The gender binary is constructed on false notions of reality. This falseness is vital to the movement for an equal and open society, where gender is expressed and perceived with freedom; that there is no box, no anxiety to fit a preconceived perception of gender. Such freedom begets agency to those willing to explore such a “great hole,” that is music (Lockwood).