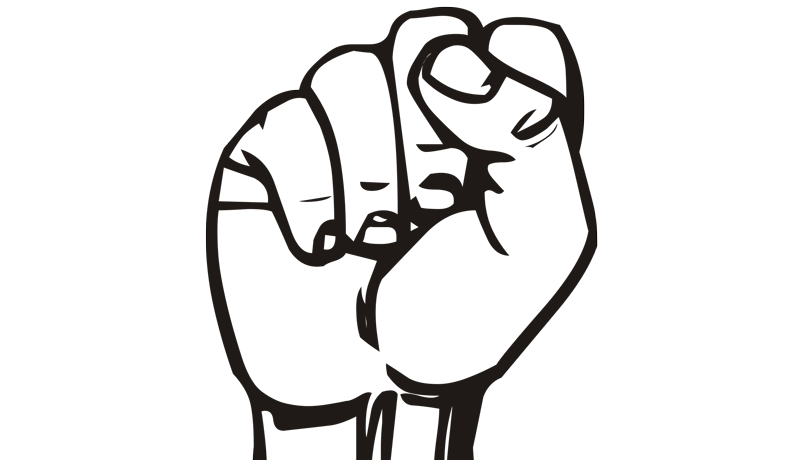 She was my sign language teacher. It wasn’t until the end of the semester that I’d finally learned enough signs to ask her out. And even then I wasn’t sure if I’d asked her out on a DATE or on a DESSERT. Because they’re homonyms, two signs that look the same but have different meanings. There are lots of these homonyms in sign language: SOCKS/STARS, EXPERT/BALLSY, HATE/GREAT, LOYAL/LAZY, the number 9 and the letter F. It’s a foreign language. Except that it’s domestic. American Sign Language–ASL. As it turned out, it was both a date and a dessert. We went to a coffee place that served pastries. She drove.

I didn’t even know that Deaf people were allowed to drive. I would have thought it was illegal. Which it was, she said, up until the 1940s when the National Association of the Deaf convinced lawmakers that Deaf drivers posed no threat to public safety. Driving is essentially a visual act, she said as we got into her Toyota, and according to statistics, Deaf people make better drivers than hearing people. At least that’s what I think she said. I nodded and smiled a lot without entirely understanding her. There is a sign in ASL for nodding and smiling without understanding: DINOSAUR-NOD. It means to feign understanding. I did a lot of that. Putting the car in drive, she asked if I’d like to listen to the radio.

It seemed rude to listen to the radio while sitting there next to her. Sort of like watching a strip-tease while sitting next to a blind person. So I said NO THANKS, which looks the same as NO GOOD. The sign for NO GOOD can also be done in shorthand with just the letters NG, like that Chinese surname, Ng, which I never know how to pronounce. The grammar of ASL is closer to Chinese than English, say the linguists. And pronunciation, in ASL, is all about the four parameters: handshape, movement, location, palm orientation. A slight mispronunciation, with the wrong palm orientation, can mean the difference between GRAD SCHOOL and SEXUAL INTERCOURSE.

The best way to learn ASL, she said, is to MIX with Deaf people. You have to FRATERNIZE with Deaf people. The sign for FRATERNIZE is a thumbs-up and a thumbs-down, mixing. And so I took her injunction to heart: I asked her out on a date. I wanted to mix with her, to fraternize with her. The date, as it turned out, was both thumbs-up and thumbs-down.

The thumbs-up part was having her all to myself for a whole hour. She was hot. She was no longer the teacher, standing in front of the class, her butt singing to me when she turned to write on the blackboard. Now it was just the two of us, sitting across from each other, nibbling our pastries, sipping our coffees.

It’s HOT, she signed above the cup. I nodded. And smiled. She pursed her lips and blew a ripple across the tiny pond of her latte. I knew the sign for HOT. I wondered if there was another, separate sign for HOT in the sensual sense, the sexual sense. I wanted to ask her about that, but she was doing most of the talking–most of the signing–and I couldn’t get a word in edgewise, except for my old standby, the DINOSAUR-NOD.

She was very animated. Her face was more alive than any face I had ever seen. Her eyes, her eyebrows, her mouth, the tilt of her head. All the tiny muscles in her face. They were all so expressive. I wanted to tell her how animated she was, but I didn’t know the sign for ANIMATED. I knew only, that in English, it comes from the Latin anima, which means soul, or life force. I knew also, that when conversing with a Deaf person in sign language, you look at their face, which holds most of the meaning, only taking their hands in peripherally.

The thumbs-down part was, while watching her face for meaning, I kept thinking how animated and hot she was, and how distracting it all was–how it distracted me from what she was saying. So I did a lot of smiling and nodding, and feigned my understanding. And when she caught me doing it, she accused me, right on the spot: YOU DINOSAUR-NOD ME. It was an indictment. And I was guilty as charged.

Guilty as charged, I wanted to tell her, but I didn’t know how to sign AS CHARGED. I only knew GUILTY. So I signed it. I confessed, smiling sheepishly. But she said I shouldn’t feel guilty. I just shouldn’t do it anymore. She told me to speak up, interrupt her, tell her when I didn’t understand. Because, she said, saying you understand when you don’t, is rude in Deaf culture. It’s dishonest. It’s the cardinal sin. And Deaf people can tell when you’ve committed it.

And for a while I did speak up. I interrupted her a few times to ask: WHO? And more often than not, she answered: ME! Because although the objects and verbs of her sentences were plain enough, it was often the subjects that gave me the most trouble. They were elusive, especially when she herself was the subject. She seemed to omit the first person, as though it were understood. Maybe for Deaf people it is understood. But for me, it wasn’t.

I had always been good at languages. I had studied French and German in high school and college. I think this gave me an advantage when I began learning ASL because, as it turns out, French and ASL are related, historically speaking, etymologically speaking. For example, they both use the verb HAVE to express being (il y’a). And being with her now, I realized I wanted to have her. I also vaguely wanted to be her. Being and having became conflated.

I wasn’t interested in getting an A. And I wasn’t interested in being an interpreter–she had told me once, with more study, I might become an interpreter. But what I really wanted, I began to see, looking her full in the face and taking in all the grammar there, all the anima there, and taking her hands in peripherally, fluent as chopsticks, was this: I wanted to be Deaf.

Capital D Deaf. Which had nothing to do with not hearing. And everything to do with seeing. Above all else, I wanted to see. And to belong. To be a citizen of the Deaf world, that vast network of cousins-once-removed that was the Deaf community; that warm, hugging, concrete, candid physicality that was the Deaf culture. I didn’t want to be just a visitor or a guest anymore, a tourist, an interloper, an anthropologist. I wanted to belong there, to share that connection I knew she had with her Deaf friends, the ones I saw her chatting with after class in the cafeteria, their hands flitting, darting, flying, their faces alive, their signs as noiseless as their laughter was loud.

Watching them, it occurred to me that ASL in the hands of Deaf people was–there’s no other word for it–symphonic: the hands, face, eyebrows, eye-gaze, lips, tongue, head-tilt, shoulder-turn–all the various “sections” of the body’s orchestra–simultaneously creating meaning. A visual-gestural music rising up, all at once, like a controlled explosion.

To me, it wasn’t linear, not the way English is–one discrete word following on the heels of the next, like a line of ponderous elephants trudging along. I wanted to be Deaf, which meant I didn’t want to be ponderous and discrete anymore. I wanted to fly. To blend. I wanted to see and be and create the music, the explosion, the way only Deaf people could do.

She’d told the class it was considered a great compliment when a Deaf person says, YOU SIGN LIKE DEAF. And if they mistake you for a Deaf person, that was the greatest compliment of all. Yes, I wanted to be Deaf. And across the table, at that small coffee shop in the midst of that moment, that’s what I confessed: ME WISH DEAF ME.

She smiled at that. It was a big, sad, beautiful smile. She was hot, and sweet and animated, and I had been emboldened to tell her, to confide in her, that I wished I could be like her; that somewhere deep inside me, I wished I were Deaf. She looked right at me then, long and hard, as though searching my face for something–something pure, simple, limpid, liquid, fragile, perishable, maybe even hazardous–and not finding it there, wrapped a delicate hand around her latte, which had surely grown cold, raised the half-empty cup into the air, and, as if toasting me, said: JUST BE YOURSELF.

Paul Hostovsky is the author of eight books of poetry, most recently The Bad Guys, which won the FutureCycle Poetry Book Prize for 2015. His work has won a Pushcart Prize, two Best of the Net awards, the Muriel Craft Bailey Award from the Comstock Review, and chapbook contests from Grayson Books, Riverstone Press, Frank Cat Press, and Split Oak Press. He has been featured on Poetry Daily, Verse Daily, and NPR’s The Writer’s Almanac with Garrison Keillor. He makes his living in Boston as a sign language interpreter. To read more of his work, visit him at paulhostovsky.com.