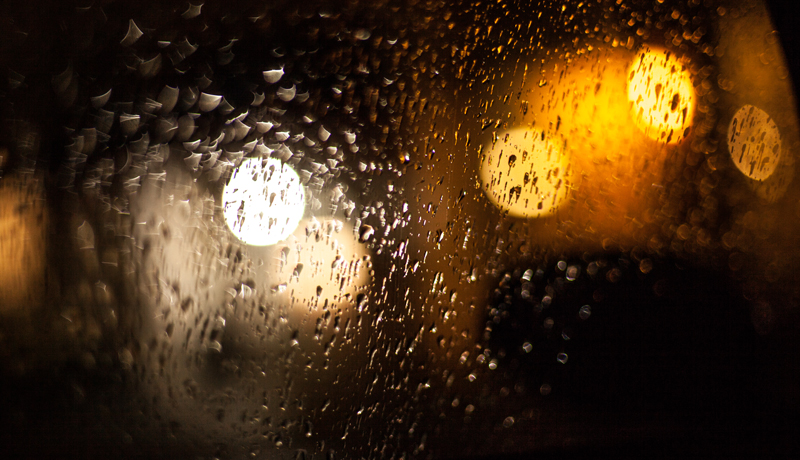 The rising sun shines thin and white across a small kitchen in Opole, Poland. Eli Sigmund, a ten-year-old boy sits at the breakfast table, waiting. His mother anxiously paces back and forth, frantically packing suitcases for Eli’s father and his younger brother, Adam. Eli’s bag is already packed and seated at the door.

The door creeks open as Eli’s father, Bogdan, steps into the apartment carrying two grocery bags: a white one with juice and eggs. The other, a brown paper bag, holds what Eli thinks are cans clanking together. Eli watches his father place the white bag on the table, while suspiciously stuffing the brown bag into a cabinet.

Eli’s father cooks eggs for the family. After breakfast, Eli carries his brother down the weak, wooden staircase to a waiting taxi, and straps him into its car seat. Then he turns to help his mother, Maria, stuff the family’s luggage into the taxi’s trunk. Bogdan slowly follows behind them, sloppily shuffling down the stairs. The driver asks, “Where to?” Maria, nearly yells, “To the airport!”

Standing in line at airport security, Eli examines his father. Bogdan is shaking in his boots, his hands on his stomach, his forehead glistening. He has an unsettling look on his face. Is he nervous? Is he scared of flying? Eli wonders.

All of a sudden, Bogdan drops his bag, raises a finger to the air, and starts spinning in circles, shouting gibberish. Eli has never been so confused. Why is my father doing this? Maria tells Bogdan to stop, but Eli realizes his father has no control over what he is doing. After several long moments, Bogdan passes out in the middle of the airport, foaming at the mouth.

That moment was only the first of many when alcohol would invade Eli’s life. Now 25, Eli recalls, “Later when I was talking with my mom, she told me all my dad had for breakfast that morning was a couple of beers. This was one of the times when I knew alcohol was a problem for my dad.”

A couple of years after arriving in the states, Eli and his family moved to New York, where his father landed a job as a construction worker. It was there that Eli began to notice the effects his father’s drinking had on his family. His parents constantly fought—sometimes breaking furniture, sometimes leaving shattered plates and glasses on the kitchen floor. Some nights were especially terrible.

It was just past midnight on New Year’s Day. Eli, now 13, lay across the sofa in the living room, his head facing the front door. His eyes were slightly ajar, quivering like the wings of a butterfly, battling sleep. In the outside distance, he could hear a muffled, high-pitched sound, like a woman screaming. Soon, the screams got louder, closer. All of a sudden, the sound was no longer muffled.

As the front door slammed open, Eli’s eyes shot open. He watched as his mother bolted into the house, and like a shadow, how his father aggressively marched behind her. Breathing down her neck, Bogdan grabbed her arm and screamed, “Who the hell were you talking to?” His mother, twisting away: “He’s just a friend from work!”

Breaking away from his grip, Eli’s mother sprinted into the bedroom, locking the door behind her. Eli shot up from the sofa to confront his father. Eli’s father turned, making eye contact—a dead stare. Eli had never seen such a distraught, crazed look in someone’s eyes. Suddenly, Eli’s father charged in his direction, pushed him aside, and stormed into the kitchen. Eli rushed in, only to watch as his father unsheathe a knife, then press it against his chest.

“I’ll fucking kill myself, I swear I will!” Bogdan shouted, holding the knife to his chest. Rushing into the kitchen, Eli’s mother begged him to put down the knife. Tears ran down Eli’s face as he watched his father’s hands tremble. He felt powerless.

In fear of losing his father, Eli ran to the phone. For a moment he stood frozen, staring at it. He never thought he’d ever have to call the police. As his heart pounded, a deep, hard pulse, he dialed 9-1-1. And in a voice quaking in both fear and relief, he begged, “Help me, my father is threatening to kill himself.”

Eli says now, despite that night and so many more, “I didn’t really see it as alcoholism. My dad was drinking, but to me it was a regular thing. All the adults were drinking, so I figured that’s what adults do.”

A few years later, on a stormy night full of greys and blues, Eli was in his room working on college applications, when his father walked in. Banging the doorframe with his fist, he demanded, “Where the hell is your mother?”

Soon after, the front door opened, and as the clickety-clack of high heels filled the house, Eli ran downstairs to hug his mother. But he was soon interrupted by his father’s belligerent shouts and cries, “Where the hell did you go? You finish work at five! There’s no reason for you to be back home so late!”

His mother, stammering, said she’d been spending time with a friend. Then suddenly, and as usual, an argument broke out. The screaming was so loud, it was hard for Eli to think. Turning, he looked into the kitchen—empty beer cans lined one counter.

Back in his room, Eli emptied his school bag, then dug through his drawers, stuffing the bag with food and clothes. Then, grabbing his CD player, he ran out of the house. Eli looked left, then right, unsure of where to go or what to do next. He just knew he needed to get away.

At the end of the block, he took a frantic left, then two more. In the pouring rain, unsure of his surroundings, he circled back home. But he did not want to go in. Defeated, he sat on the porch, waiting until his parents finally looked for him. When his father did come out of the house, he said to him, “Where the fuck did you go? Don’t fucking scare me like that. I have enough to deal with.”

“I only did that once,” Eli says now. “I did, constantly, have thoughts of running away to somewhere safe, but that never ended up happening.”

Two years passed since the night he’d tried to run away. Eli was 19, and had begun to notice his mother was less and less tolerant of his father. One day, when Bogdan was at work, Maria took Eli to her room. Lifting the skirt of the bed, she unveiled multiple suitcases. Each one was filled to the brim with clothes, and things Eli recognized from around the house.

“I’m sorry, Eli,” she’d said. “I’m leaving. I found a small studio in Brooklyn. I need you to help me move. And please don’t tell your father. Let him figure it out when he gets home from work.”

Eli spent the afternoon helping his mother move from their family home in Queens, to an unkempt, basement studio in a rundown Brooklyn neighborhood. The whole time, the only thing Eli could think about was how selfish his mother was, and how terrible things would become.

That same night was also Eli’s first fraternity formal—a night he didn’t want to deal with any drama or family issues. So, after putting on a suit, he drove to meet up with his fraternity brothers. While parking the car at the college lot, his phone began to ring. The caller ID said “Dad.” He let it go to voicemail.

A couple hours into the formal, Eli checked his phone again. It was 12:45 AM. There were seven missed calls and four voicemails. Suddenly, the phone rang again. Eli picked it up and heard the shaky voice of his younger brother, Adam.

“Where are you?” he sniffled quietly. “You need to come home.”

Eli sped home and found Adam outside on the front steps, crying.

“Dad has lost his shit. I can’t deal with this anymore,” he replied.

Eli walked into the house and saw a broken chair in the hallway, empty beer cans lining the kitchen counter, and his father on the couch, passed out.

Eli says now, “I felt bad that my brother was dealing with that by himself. And I was angry with my mom for putting the both of us into that situation,” Eli remembers.

“I felt like I had to be the protector of his innocence. And that night I wasn’t there for him. But I was in college. I was just thinking, it shouldn’t be my responsibility. I just wanted to have fun.”

Eli didn’t party a lot. Often, he turned down drinks, afraid of what kind of drunk he’d become. His fraternity brothers accepted Eli’s decision not to drink, and during parties, gave him shots of orange soda instead.

But that night, at the formal, because he didn’t like the idea of missing out on “the college experience,” Eli accepted the drinks he was offered. He watched as the bartender poured shots of tequila. He felt the dryness in the back of his throat stabbing at his Adam’s apple. His heartbeat went wild. He was nervous. But still, he threw back the shots.

Soon, all the nervousness melted away. The dryness in his throat disappeared and his worry dissolved. It was not so bad. He looked around—his fraternity brothers cheered him on. Eli says now, “Over time, I convinced myself that just because my dad drank, it didn’t mean that I had to be like him. I’m my own person, and I make my own decisions.”

Today Eli is out of college and enjoys an occasional drink when he is out with friends, but he is always cautious about how much he drinks, and he never brings alcohol home. He does this to set a good example for his father and his younger brother, who he still lives with. The last thing he wants is to repeat the legacy of his father’s alcoholism.

Eli now comes home and peers into the kitchen to see the counter free of beer cans. There are no longer any brown bags suspiciously stuffed into cabinets. His father has been sober for two years. His mother does visit home occasionally, but mostly spends her time searching for a better kind of life—the kind of life that had captivated her all those years ago.

Today, Eli has a strong and healthy relationship with his father, one he would not have if his father had continued drinking. He is searching for his own studio apartment in Queens, and is taking classes to learn to be a computer programmer. Independently, he is beginning to experience life, free of alcohol’s hold over his family, and himself, for himself.

Arkadiusz Prysak is an 18-year-old musician and writer from Queens, New York. He has been playing the guitar for five years and has been writing for four years. His first published work, “How You Seem to Be,” is a poem included in A Celebration of Poets, a poem anthology published in 2012 by Creative Communication inc. Currently, he studies Contemporary Writing & Production at Berklee College of Music in Boston, Massachusetts.