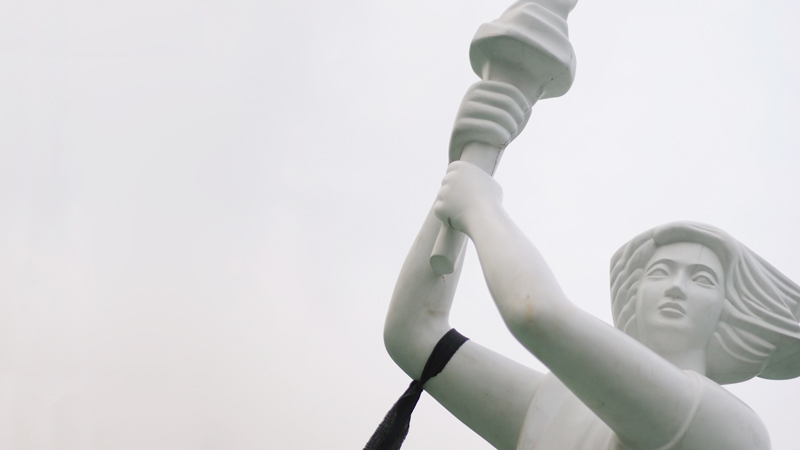 Feeling blindsided, baffled, or just bewildered, Americans are asking, How did we get here? New York Times conservative columnist Ross Douthat likens the experience of observing Republican dysfunction to seeing “a calf born with two heads…watching something that the laws of politics or nature should not permit to exist.”

But watching the unthinkable unfold, we can’t just throw up our hands. It’s impossible to chart our way out unless we can trace the trail taking us here, and the history of political thought is a great place to start. “What?” you might well respond. Today’s pyrotechnic politics seem a world removed from the dignified discourse of long-gone philosophers. But we can’t let this sharp difference of style blind us to a strikingly consistent contrast in core assumptions—differences packed with essential lessons for this moment.

Dig a bit and we find that beneath today’s often-nasty debates lie unspoken responses to the question, What is our nature? Ultimately, our answers will decide whether in this moment we can turn crisis into creation. And, to this foundational question, western thinkers over centuries have offered two primary perspectives.

At the heart of the still-dominant frame—that most associated with Thomas Hobbs, Jeremy Bentham and John Locke—is the core assumption that humans are largely self-seeking creatures who prize autonomy. Freedom thus narrows to a strong defense—“the holding off of something or someone… Intruders or despots of one in or another,” wrote philosopher Isaiah Berlin in 1958.

From there, society and certainly its government are perceived as artificial implants, necessary mainly to subdue humanity’s antisocial proclivities. “A war of each against all” is Thomas Hobbes’ oft-quoted description of life prior to government. In the late 18th century, Philosopher Jeremy Bentham wrote that “The community is a fictitious body…The interest of the community then is, what?—the sum of the interests of the several members who compose it.” And two centuries later, we find Bentham echoed in the words of British Prime Minister Margaret Thatcher: “Who is society? There is no such thing! There are individual men and women and there are families.”

Put these ideas together and the mindset encourages a belief that citizens coming together in common problem solving for the good of all—in a word, democracy—runs against our very nature.

Beyond self-seeking and separateness, stasis characterizes this worldview. Good and evil show up in us as fairly fixed character traits, making rehabilitation suspect. (Shouts of “Bad hombres!” and “Crooked Hillary!” flow from this mindset.)

Positing an essentially self-centered nature, some western philosophers (and later economists) of this ilk sought and believed they’d found a solution. Just as Newton discovered laws governing the physical universe, they believed they’d found parallel laws governing the social world. One is the self-regulating market. Since the one trait we can count on is self-centeredness, society works best by reducing social choices as much as possible to market transactions and cost-benefit calculations. Ronald Reagan dubbed it the “magic of the marketplace.”

And where has this worldview taken us? In part, to distrust government as an unnatural imposition and to trust an imagined “rule-less” market.

Blind to the fact that every market has rules, we miss the obvious prime driver of today’s market: Do whatever brings highest return to existing wealth, a logic built into most corporate DNA. Inexorably, then, wealth accrues to wealth—reaching obscene levels today, as just twenty individuals now control as much wealth as the bottom half of Americans.

Then, observing such affluence alongside extreme deprivation—for example, that half of babies born in America are so poor they depend on public aid for sustenance—serves to confirm this worldview’s premises. Witnessing vast suffering, it’s easy to think humans really are essentially self-centered and government is failing everywhere!

Belief in democracy withers. One in six Americans now say they’d settle for military rule, up from one in sixteen in 1995.

Given this causal chain, labeling the worldview “anti-democratic” seems appropriate.

Fortunately, however, across many disciplines—from psychology to biology to physics—a very different worldview is arising. Many call it the relational or ecological worldview, as it focuses on the interconnectedness of all life.

Responding to the question, “Who are we?” the relational worldview draws on the fact that during 95 percent of our evolution we were part of tightly knit tribes. There, anthropologist Sarah Blaffer Hrdy theorizes, our especially social nature was shaped through “cooperative breeding” in which, beyond the mother, many members of a family and tribe assisted in the care of infants. In the process, Homo sapiens learned to trust others at a depth unique among primates. We also developed what developmental psychologist Michael Tomasello calls our species unique capacity for “shared intentionally,” i.e., to cooperatively form and carry out plans together.

The result is a view of the human essence that differs foundationally from the autonomous self in defense against the intruder. Rather, in the ancient but now resurgent worldview, our sense of self is socio-environmentally constituted. Meaning and happiness arise within relationships, as captured in the African proverb, “I am because you are.”

Because Homo sapiens are socially formed and learning animals, our behaviors are uniquely malleable. Through culture—those norms and rules we create—we can change our behavior vastly faster than creatures depending only on natural selection. We alone can learn through observation what is best for our thriving, create those conditions, and then pass on our learning to subsequent generations.

Able now to observe our own history, we can let go of any notion that the human challenge is a battle of inherently good people over inherently bad, while accepting as well, of course, the existence of a small percentage suffering extreme psychopathology. We can also release any generalized notion of an autonomous and selfish core, given evolutionary biologists’ discovery of the critical role cooperation played in achieving our dominant ecological niche, not to mention current experiments revealing that cooperation stimulates the brain’s rewards centers. Social scientists report that the act of giving can offer greater satisfaction than receiving; thus, the term “helpers’ high.”

To this we can add studies of human infants revealing an impetus to help others—unprompted and unrewarded—unique to our species.

In all, we’re free to shift our focus from blaming the evil among us to discerning what conditions have proven most likely to bring out the best or worst in us. Notwithstanding our cooperative capacities, we now know most of us, not just a few psychopaths, will act with callousness and even unspeakable cruelty under specific conditions.

Yet, ironically, even in the evil we commit, our social nature seems to play a role. So socially embedded are we that we find it hard to stand up to authority or to even to our peers. Our desire to go along with the pack, to be accepted, can draw otherwise upstanding humans into horrific acts or complicity in them. Evidence abounds, but certainly after 1945 no human being should doubt this truth about our species. The Holocaust cinched the case.

All this leads us to democracy. It is not a “choice” among options. We can now see that it is the only pathway in this do-or-die moment for life on our planet. Only democracy has a chance of establishing and maintaining three conditions required to summon up our cooperative, empathetic capacities, and to keep the worst in check. They are the wide and fluid dispersion of power, transparency in human relationships, and an ethic of mutual accountability. To the last point, if in an ecological or relational worldview, we’re all connected, we’re also all implicated. Simply pointing fingers can’t work.

Today’s assault on democracy is driving us away from these core elements of democracy that are well aligned with our nature, all of it, the good, the bad, and the ugly.

So, to this all-important moment, we must directly confront the false assumptions motivating the anti-democracy worldview that feed unaccountable power, encourages secrecy, and fuels the blame game. Notice that these are the mirror opposite of the three positive conditions required for true democracy.

To all who will engage, we can explain what is at stake: nothing less than creating the conditions history has proven essential to bring forth the best in humanity and to keep the worst in check. We can add our energy and ingenuity in the fast-rising democracy movement to fulfill the potential of the cooperative, learning animal our evolution has prepared us to be.