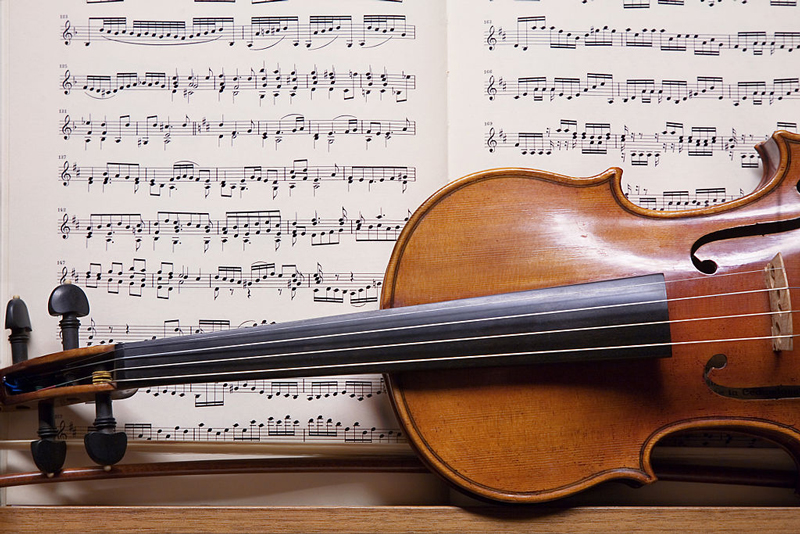 It is not our differences that divide us. It is our inability to recognize, accept, and celebrate those differences
-Audre Lorde, Our Dead Behind Us: Poems
Within the confines of the orchestra, the violin’s role as both a solo instrument and as a member of its family of stringed instruments has over centuries been clearly and rigidly defined; its modes of expression restrained by its context as a member of the orchestral ensemble or of Western “concert music” at large. Advancements within the playing of the instrument both within this setting and outside of it (such as usage in various folk and popular musics) have failed to rescue the violin from the trappings of this aesthetic apparatus, with the instrument’s trademark sound remaining consistent and its timbral abilities limited. Generations of composers, building only upon the shoulders of the titans who came before them, have ironically built a tomb with various concertos, sonatas, and études all covering roughly the same range of sounds and timbres. This traditional dialectic between composers and performers has provided the adherents of this tradition a playbook which simultaneously builds up their technical ability and limits their overall experience of their instrument’s potential, thereby dooming the performance practice to an endless cycle of clichés which, even as the 21st century has dawned and the so-called emancipation of dissonance and timbre have become bygone aesthetic problems, hasn’t allowed itself to catch up to the rapidly globalizing world. Contemporary composers, on their end, despite having proclaimed this freeing of timbre from the signifiers of the 19th century and prior, have nevertheless been duped by this very tradition, corralled into perceiving timbre based on that so-called Common Practice Period’s restrictions. A violin in a “modern” piece of chamber music still sounds like a violin has always sounded, but that era is about to end. The String Revolution is upon us.

This Revolution, as defined by Antoine Beux and his partner-in-crime Gabriel Majou is a radical reimagining of the both the role the violin plays in ensembles through an even more radical reconstitution of its timbral affects. Within their group 2birds Band, Beux (“Tony Bird”) and Majou (“Gabe Bird”) modulate the tone of their playing almost on the turn of each passing phrase, tailoring their sound to fit every funky number they rip through. While the positioning of “classical” stringed instruments in the forefront of a 5-piece rock band is an inherently direct way to make such claims of a “Revolution” in string music (fulfilling the promise of such trailblazing performers and composers as Stéphane Grappelli and Jean-Luc Ponty), the subtler art of timbral modifications that is found in both Beux and Majou’s solo works are the hallmarks of an even more important revolution; one whose implications reach far beyond music. In Beux’s recent work, beginning with the piece included hereafter – Étude japonaise pour violin solo – Shakuhachi – the use of minute modulations of timbre and tone in concert with one another work to trick the listener into perceiving the piece as being played by another instrument entirely – the Japanese bamboo flute in this case. Slight shifts in bow usage, dexterous use of vibrato, elegant application of false harmonics, and several other hyper-specific techniques coalesce and create this aural illusion. Instead of the traditionally bowed sound of a violin played con brio, a more subdued, breathy sound of the titular wind instrument emerges.

However, it is not the presence of these techniques alone which conjures this uncanny musical mimicry, but that their application within is kept within the shakuhachi’s own usage within the traditional music of Japan – a decidedly separate aesthetic apparatus to even the most rhapsodic of solo violin music. In fact, so antithetical is this instrument to the tradition of Western Classical Music that its main usage within this context has either been in exhibitionistic solo performance or, in the case of Toru Takemitsu’s monumental November Steps, as a dueling entity with the orchestra. “We speak of essential elements in Western music – rhythm, melody, and harmony,” Takemitsu writes in his essay Sound of East, Sound of West, “Japanese music considers the quality of sound […]” (Takemitsu p. 65). He famously wrote of the difficulty he had with reconciling the divergent aesthetics of Japanese traditional music and the concert music of West, opting instead to explore their differences in a series of variations. Of the shakuhachi in particular as a concept of “Ichion Jōbutsu”, or that within “one sound becomes the Buddha” (Takemitsu p. 65). This focus on the complexities of articulation and breathe control within a single pitch or gesture is inextricably linked to the instruments usage for over a thousand years, from its early usage by Buddhist monks in the Edo period all the way to the current millennia. Despite the evolution of a few main genres of shakuhachi music emerging over the last few hundred years, the emphasis on complex and subtle variations in timbre have remained a prominent characteristic of the instrument and its performance practice.

In order to engage directly with the performance practice and largely aural tradition of the instrument, Beux chose to instead limit himself to listening to and transcribing various shakuhachi pieces for violin directly from recordings on YouTube; a wellspring of inspirations which could then be reimagined and recontextualized within the Étude. By concentrating on these hyper-specific sounds and gestural nature of the instrument (as opposed to general rhythmic and pitch content), Beux eschews the danger of any Western preconceptions about what makes music sound “Japanese”. Instead he has developed a loose structure for the piece out of several distinct phrasing-images, which, when dynamized rhythmically across the duration of the piece, imitates the sonic aesthetics – or the image – of honkyoku (traditional solo music for shakuhachi). This attention to genre and instrumental idiosyncrasies combined with Beux’s own subtly virtuosic violin playing imitating the breathy tone of the instrument itself, Étude japonaise lives up to its name as a challenge and a tool for educating both the performer and listener in the specificities of traditional Japanese music through the lens of the shakuhachi.

The implications of such a set of teaching tools reaches far beyond the pleasures of first listen. Indeed, upon initially hearing the piece one is struck by its readily apparent beauty and the alienation which presents itself when one is forced to reconcile the sight of a violin player and the mysterious sounds emanating from it. The effect of this rift between the two senses is uncanny to say the least, but allows the listener a chance to reflect upon their own preconceptions – not only of the sonic capabilities of the violin as an instrument but of the supposed existence of discrete musics (those which can only exist within a single space or time). In an ideal world, the upcoming set of études that are to follow (including a planned étude for violin exploring the sonic world of the koto) will become a beacon of light in musical education, allowing for a parallel introduction in technique as well as aesthetics to traditional musics from across the globe alongside an already tried-and-true Classical education. By leveling this playing field, we will advance ourselves as performers seeking the “utmost freedom” in these “traditional limitations” (Takemitsu p. 66); as composers who take these lessons to seek out our own endeavors with a reinforced set of tools and a reinvigorated sense of purpose; and as human beings who wish to have a broader scope with which to operate and a knowledge that recognizing other cultures is chance to create a deeper sense of understanding through the celebration of these musics, these traditions, these people.