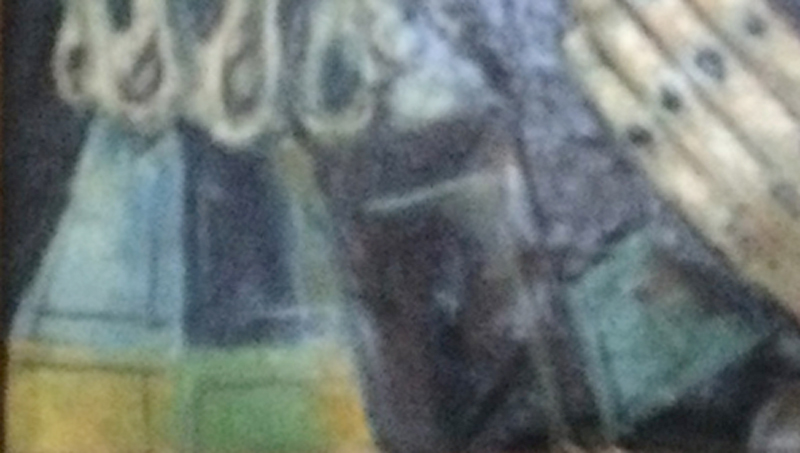 The art/music/educational world lost a beautiful soul When Henry Augustine Tate passed away this summer. He taught Art History at Berklee, and was one of my favorite professors. Since I went to art school before I came to Berklee, but my grades wouldn’t transfer, I had to take Art History all over again at music school! Henry seemed like a mystical man’s-man from a bygone era, eloquently spoken, a true master of his studies and a fire-y and passionate lecturer. Our classes were mostly lectures designed around a few of the most famous paintings, but we touched on everything, from technique, to history, to religion, to love, to James Joyce quotes, to Irish whiskey, and back. The lectures were punctuated every few weeks with walking field trips to his other home, the Museum of Fine Arts, where he held curatorial positions, and was an educational consultant and lecturer. On these walks to the museum, he prepared us for what we were to experience when we got to see the actual paintings up close and in person, where he would then engage us and you could really see his true passion come out. I was one of those people that always had his hand up in class and wanted to answer every question, because he re-invigorated my love for fine arts, and I wanted him to know that. He actually told the class one time, “somebody else, besides Mr. Weiner, answer the question please.” I remember feeling like the biggest brown-noser, but I honestly was just captivated by what he had to say and wanted to be part of the conversation. The week before the final exam, he asked me to stay after class. I thought I’d done something wrong, but after everyone left, he told me that there was no need for me to come in the following week to take the exam, as he had already decided to pass me. He was so happy, which in turn made me so happy. We stood up together and he told me how great it was to have me in his class and gave me the biggest hug and a smooch on the cheek!!

I only saw him rarely since then, walking around campus, but I recently saw him a few weeks ago through the crowd, walking to the train, and was shocked at how unsteady he seemed. I felt like I should go up to him and say hi, and tell him how wonderful of a teacher I thought he was, but I ended up jumping on my train instead. When I heard the news today, it broke my heart. RIP Henry Augustine Tate, you will be missed.