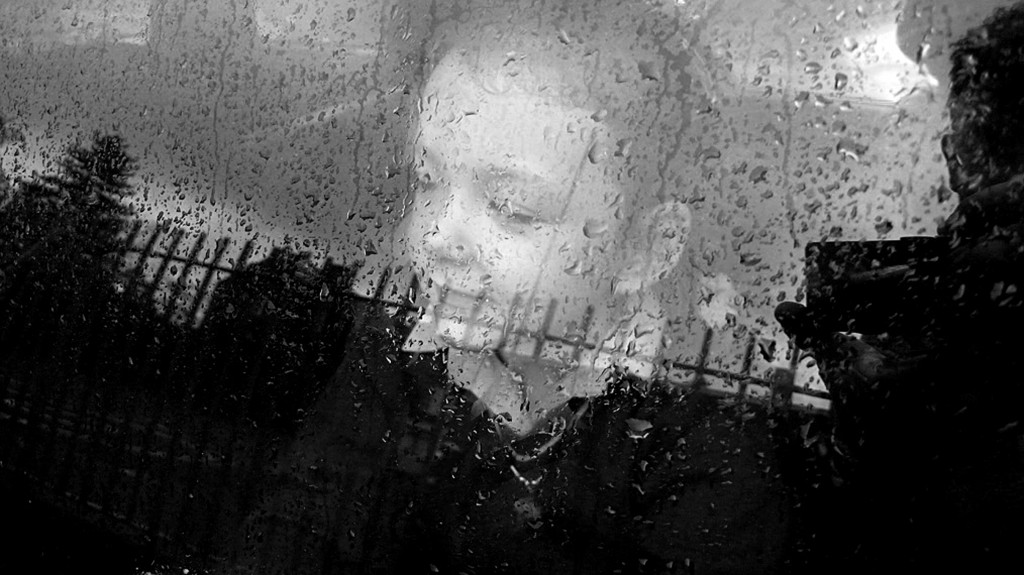 She put her small nose, pierced with a pearl,

To the open gramophone of the flowers,

One then the other, breathing both in,

Before getting up and walking casually

Around the room. She stopped suddenly,

Her heels raised off the floor,

Stretching an arch into her back, her taut arms

Pulled into a tiger’s fist.

She walked towards the light, picking up a book,

Flicked through it, then stood

By the side of the window, putting

The book down on the table, before putting

On any clothes. She had golden skin,

Of sandy pubis. She was unconcerned

About her own architectural beauty,

Unconcerned of my gaze, unconscious

Of my feeling of quiet wonder.

I pulled the curtain back.

Looked out the port-hole

And we sailed on.

Sailors on the banks of the Tiber

We huddled in the frozen dawn around the iron-cast

Of the missionary soup-kitchen door and cursed

The slow rise and false heat of the sun.

When the door creaked open we shuffled in.

Some entered as they do everywhere,

Or thief-quick, but everyone was smiling.

In the food-line, a middle-aged prostitute winked unconfident

Blue and red eyelids at me, then turned to the hatch

Slamming the counter before two arms and the reluctant tray

Finally slipped through the faceless frame.

She turned away shrugging her spoon through the soup,

Working through the noodles and softening bread.

The queue thins, as does everything. Even here

Some are listened to by an audience of eye-corners.

Outside, the cobble is thawing,

Deflowered and canine. In here, arthritis

Shouted over tables, through the din, washed down

With wood-wine. When the soup is gone, philosophers appear,

Hemming and hawing through puffed clouds of tobacco smoke.

One old man is silently shaking, his fingers grip

The edge of his seat in a doomed dovetail, his crow’s eyes

Are shot. He couldn’t take a joke: his table

Was violently slammed during a moment

With the booms of homeless laughter.

The shaking old man is not alone at sea.

All of us in this room are sailors, washed up

On the banks of the Tiber.

Paul McMahon holds an MA in Writing from NUI, Galway. His writing is published in Southword, Crannog, Ropes, Alor et toi, The 2nd Hand, The Sligo Weekender, and in two short story anthologies with the writing group, The Atlantis Collective. He was a finalist in the Listowel Writers Week, Slam fiction, 2010. His plays have been performed at The Dublin Fringe Theatre Festival, The Muscailt Theatre festival, Galway, and at The Hothouse New Writing. He is also a professional musician.

Fionán O’Connell. Born 1961. Trained as a Primary School teacher. Self-taught in photography. Married to Paula with two children Oisín & Laoise and living in Dublin, Fionán has been making a living from his work for twelve years. He has directed several television documentaries: Silverfish Productions’The Goat in The Temple, MOS Productions’ Good Man Mary, Windmill Lane Pictures’ A Quiet Revolution and In Search of Europe.