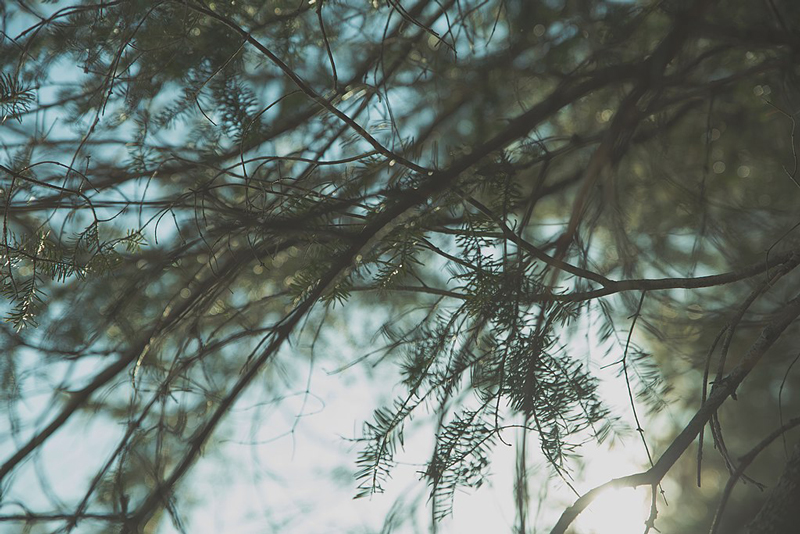 of maple and pine
that only slowly
disclosed the line

zig-zagging and tossed
over grasping roots
one minute lost

in climbing so far
through gruesome heat
and dead still air

with plaguey flies
sipping our sweat
and buzzing our eyes

surrounding the top
like a giant’s beard
and continued up

to find lying alone
at the very peak
a colossal stone

of blue Blue Hill
including below
and picture-book still

in the sinking sun
the road and car
where our climb began.

Too faint for you the ghost-print on the glass
left by the owl that thought your kitchen light
was moonshine, and would surely let him pass
in one piece through the house from night to night.

There is nothing when your migraine comes
to be done but settle you in a dark bedroom
with a cold damp flannel across your eyes
then close the door gently and let you doze.

And if ever it strikes you down on holiday
my job is then to lure our children away
and keep them distracted. Today I am game
for a car-ride to Es Grau where they can swim,

or a boat-ride out to the naval graveyard
to see the poor American sailors who died
in the old days and a long way from home
and so have very few people visit them.

This sadness wins the vote, and after a fight
with the always-obstinate outboard off we set
up the long harbour of Mahon, past the island
where once malaria patients were confined,

then between those big green and red markers
bearded with barnacles, towards the breakers
curling an even more enormous lip of foam
across the harbour mouth, before changing aim

and steering port to find a stone landing-stage
beyond which the freshly-painted and wedge-
shaped cemetery seems to be floating a-top
a sea of surrounding bushes. Here we tie up.

The children already know what death means
but have no real dread of it yet for their friends
or family or themselves. All the same, the sight
of so many actual graves, the weight of heat

crashing to earth between blinding walls,
the sense of being in an open prison, appals
each of them, and appals me too. A lizard shoots
like its own tongue across a lid of scalding slates.

The black ghost of a seagull drifting overhead
points to the name of Jesse… mariner… and died
aged eighteen years… then sidles away to darken
second mate… slipped and fell between … awaken… .

More than anything, the idea of them lying here
in their endless silence so close to where we are
in our loud holiday, makes us feel we have made
some criticism of them they can’t help but heed.

Or perhaps it is rather that their names are like
our names, their ages our ages, and therefore break
down the difference between us. At any rate,
after half an hour of this searing bright light,

almost suffocating stillness and drenching heat,
we have seen enough, ramble back to the boat,
crank the obstreperous outboard and head home,
or what for this fortnight at least we think is home,

where I open our bedroom door and discover
the room empty, and no proof that you ever
laid yourself down there in its peaceful shade,
except for the white cloth folded and set aside.

Lightning Decides
1. The Strike
The flight totally banal in my humble opinion,
then thunder clouds disagree prior to landing
and lightning decides. The airplane, my body,
boom silvery, BOOM, now only dodgily aloft.
For your comfort and safety will passengers –

One neighbour already can’t stand the shock
and pukes in her laptop. I for my part spread
the foam of analgesic sang-froid as best I can.
Better drop dead instantly is my way of thinking,
fade on the instant rather, if I can manage that.

Reverting to the book I see well enough Achilles
has out-raged Hector, I must die soon, I must die.
The Scamander chokes on bodies, disgusts itself,
overflows to drown him but the god blisters it,
and the elm trees burn, the willows and tamarisk.

The death-feeling of rotating round an empty centre.
The revolution of Earth, something taken for granted,
now visible in the spark-trail its elements drag behind:
a resemblance to hawthorn with that tragical spent look
thanks to millions of small cream saucers full of rust.

The temptation therefore is to lose faith in myself,
to snaffle the flag down the flagpole and surrender.
Either that, or remain stupid in this present danger
fearing the worst, imagining my only good option
on such a shore as this is weeping tears of laughter.

2. The Ground
Circling dictated but waifish and indeterminate,
a soap-bubble at the point of immanent collapse.
Then the wheels going down, a whine and thump
easily confused with ideas of breakage, of disaster,
and beneath the horizon my life rises to greet me.

Does the bee know what is coming, bothering flowers
in the back-yard holly bush I stand by looking into,
pickings slim this year, blossoms few and far between,
tempestuous rain most days knocking the pollen down
rotten, and sinister in curled-up currents and eddies.

Few other good things are still abundant it is fair to say,
history despite appearances being not so much progress
as error, and churning now in a continuous fast present.
No deep time permanence but contradictions, false starts,
demanding what in this case might not be a waste of time.

There is looking indeed and there is the interior of the eye,
the raw moist pinkness under the lid, a colour of sunsets
when the sun dies in dust. When shame overcomes me.
When the Earth running short no longer opens in beauty
as once, but to meaning without a refutation or reprieve.

My long home in the sub-stratum will be fine as a razor
and God forbid anyone should find that the least amusing.
But the question still has to be asked. It has grown late.
A leaf catching my eye last thing is cramped, implausible.
Its green weakness primal. Its flappability a flag of truce.

Andrew Motion was the United Kingdom Poet Laureate from 1999 to 2009. He is the co-founder of the Poetry Archive and since 2015 has been Homewood Professor of the Arts at Johns Hopkins University. His most recent collection is Randomly Moving Particles. He lives in Baltimore.