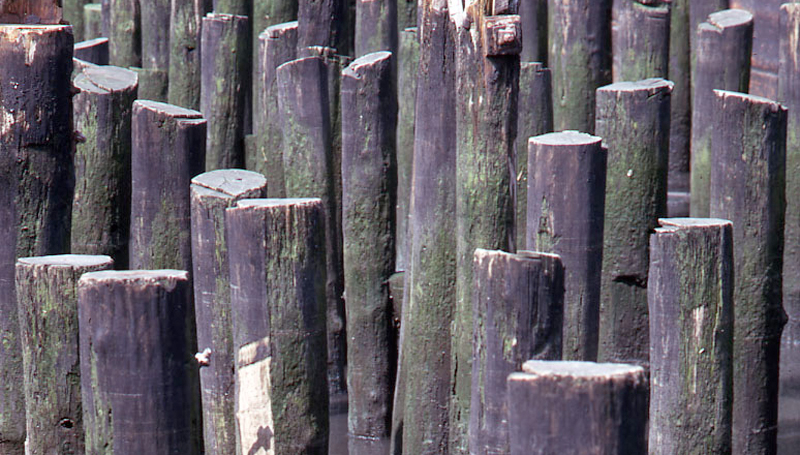 Moving
Six months of living together, six empty Corona bottles consoling the counter,
he paid me back for my portion of the round cherry dining table.

alongside the realtor, city shivering in concrete.

Before my father and brother couldn’t maneuver
seven months and the wooden dresser around the hallway curve,

I moved into a second unit six floors up, away from the migration

of cigarette smoke. They said it might have worked if the drawers
weren’t drilled in, secured too well by some carpenter’s skilled hands.

I left it in the building’s garage, my three-day Salvation Army donation; storage enough
for what my mother said I’d want to forever keep. I might have made

a month’s worth of rent if it had sold;

I imagined its small brushed silver knobs and handles delivered to some church
to thank the Lord, or a family who would make it—for the rest of their lives—useful.

Now my lease is almost up,
I’m thirty-six, unmarried, no child, dog, or salary —

standing in the backroom of the lobby, earning only a portion of neighborhood salary,
laying taxes on an old copy machine,

Sister of the Bride
There was the marble and lion statue grandiosity of the place, my singlehood
satin blue bridesmaid dress leaving early, straps woven—

per request—to cover my shoulder tattoo.

I would write you a few days later, distal reasons cast over the rug after months of running
into your lips on city sidewalks.

Hair swept in curls of chignon; sister kept saying she’d pay
for me to have my color done,

Maid of honor breast pumping at the bachelorette, saying guys and
bedroom eyes, the bartender I had met once, over darts, pool cues, & layered stouts.

Strappy silver sling backs, saltwater pearls to place back in mesh, first one to clack my heels
down marble steps,

Some of the books I had gone home for had disappeared—The Confessions of Saint Augustine, The Art of the Personal Essay—

I wished that night my bedroom had been at the back of the house—moonlight
on the water a wavering lamp, movement

in a still country.

I lay there beneath the cut-out canopy: must everyone wear this dress?

Sundays
Your silver truck on Sundays and my black woolen fingerless gloves; I’d give anything now
to be less proud, to let the extensions of myself blooming

be exposures
I was less afraid for you to see.

We parked alongside red bricks in Beacon Hill, your light green plastic baby Jesus
statue from the Vatican in the cup holder—I waited for you—limbs curved in mid-air

and then I was nervously laughing, with the gurgling of the innocent—you found
the baby Jesus stuck in the broken leather seam of your driver’s seat. Your sex

momentarily subsiding;
the stark blue sky sat ahead of us

through the windshield, the air outside awake and biting, like it is now that August becomes
mid-September, memory something you’ve lost

both beautiful and severe.

After the War
And the thing is, I don’t hate New England. I sat today alongside the Boston Harbor, the grey overcast ache of it; the green metal Charlestown Bridge reaching forward

into Chelsea and back into Charlestown, your houseboat: gone, no boats
tied to the cement docks below,

My old South Shore town, colonized hopes for the New World, lay like something
I watched last night in the French film Frantz,

where he died in the first World War, and his bedroom then became a still shrine
for one who left too early, preserved in its own pause.

Preserved in my own pause

before the yellow walls were painted over,
some of my books given away, just enough scattered artifacts left in the closet.

There was one small boat aside the dock, Soul Mates painted in gold
across the back of blue. I stood there grateful for the time we both knew how wide

I could spread my palms, like pow, you said

how it let me pull all of myself closer—

my bike parked there, my yoga class, all that transient steel and water
how passing it was—you, living there—

a seagull swirling its bright white body, feathers on the wind curving into a slow,
controlled descent.

almost willing to fall in love.

through an artist’s hands. Less shoplifting now from the less fortunate.

Offered my first-choice unit; my seized promise. After years’ worth of tax statements, clerking my own profit and loss, given

I slept vertical after marathon months, woke conflicted over the proportions,

lingered on the edge of the one bed, less loss
of a walk-through closet from glistening tub, trying to traduce

the worry there might be enough space
for the walls to go slack, for me

to carry more than I needed over the threshold of efficiency. Juliet balcony like a ladder
un-tread, lattice of white spindles a zip-lock pocket place

no room to occupy the outdoors,
screen-less window

opening inches. I didn’t know if I could look everyday onto the New Balance
building, a highway’s drive from Boston, glowing glassy-eyed

551 square foot studio my first choice— one bed my second—smaller space
stamping on me to shed, shallow tarp

stretching the pool like the six months of the year I’d look out over it,
longing to feel close to my body.

In the lot next door, planks of condo wood at constructive rest.

When I asked what had been here before, they said nothing
then stockyard, orange restaurant longhorns steering past

as I pulled away from vacant floors, half-grazed pastures.

Lindsey O’Neill is a poet, teacher, and aspiring performance artist. She tutors in the writing center at Berklee College of Music and teaches creative writing at GrubStreet. Lindsey also teaches yoga classes in the Boston area and leads workshops combining yoga and creative writing to foster mind/body wellness, attune our authentic voice, and enhance sustainable creativity. She believes both mindfulness-based practices and individual artistry are capable of inspiring community connection leading to social change. Lindsey holds an RYT certification with Yoga Alliance, a City of Boston Artist Certification, and an MFA in Poetry from Lesley University. She is currently at work on her first poetry manuscript.
Featured Artwork: City of Boston Archives from West Roxbury, United States. Wikimedia Commons [CC BY 2.0]