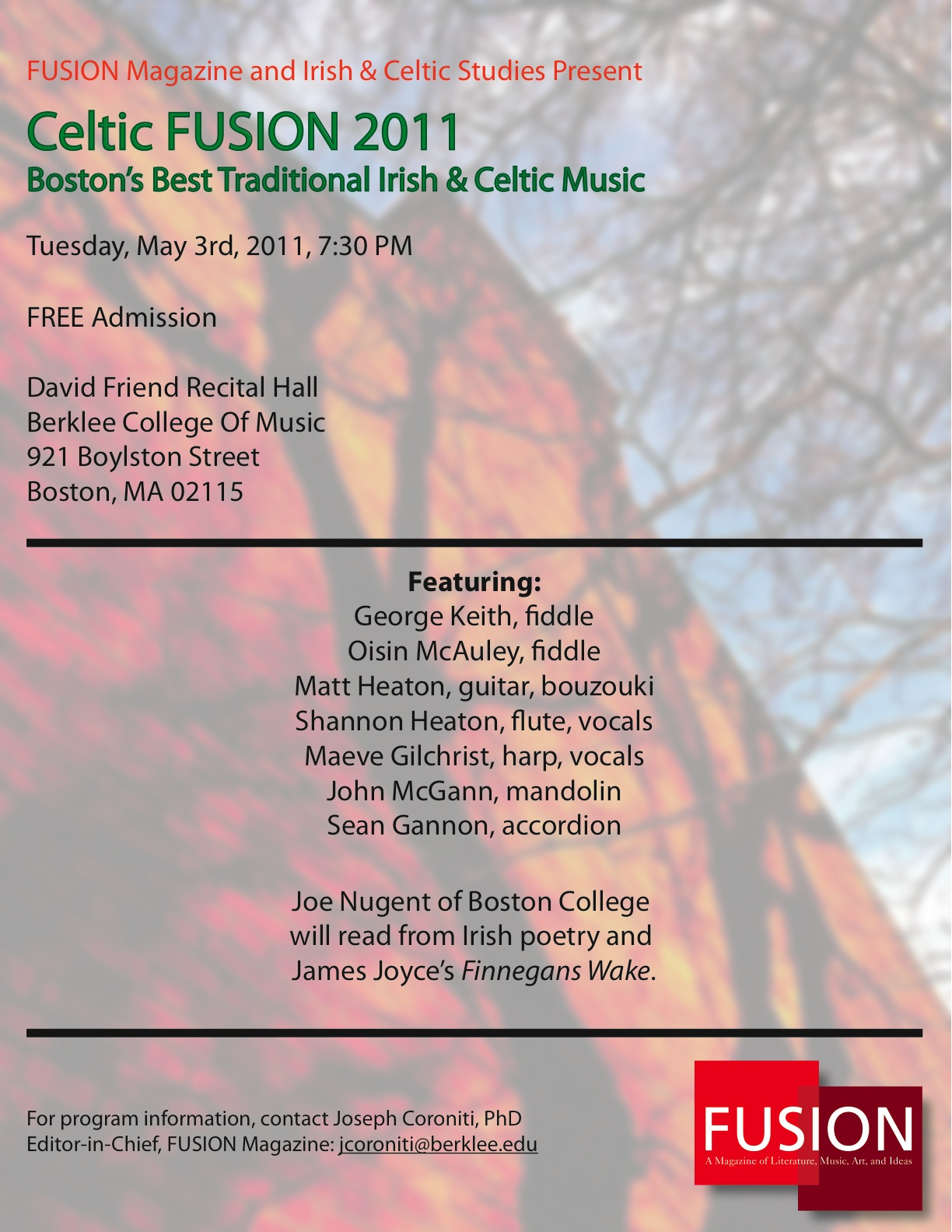 Oisin McAuley grew up in rural Donegal speaking Irish and learning the music of John Doherty, Frank Cassidy and James Byrne.  He toured with Stockton’s Wing and other bands before joining Danu, with whom he has recorded several albums and toured for a decade.  He is one of the most acclaimed fiddle players of his generation.

Harpist, Singer, and Composer Maeve Gilchrist was born in Edinburgh, Scotland. Immersed in traditional Scottish music from a young age, Maeve studied at the City of Edinburgh Music School and later as a full scholarship recipient at Berklee College of Music, Boston. At 25 she has been credited as an innovator of the Clarsach (Scottish Harp) due to her chromatic style of playing and improvising. Maeve is currently based in Boston MA, touring regularly with her own project and giving workshops Internationally.  Performance highlights include the Tanglewood Jazz Festival, The World Harp Congress, The International German Harp Tour, The Boston Pops Jazz Festival and the Celtic Connections Festival. In 2006 she released her debut recording Reaching Me and is about to release her newest album Song of Delight on ‘Adventure Music’ in Spring 2011.

George Keith grew up playing classical violin, but found himself drawn to Irish traditional music in the early 1990s. He learned to play traditional music between Chicago and Boston, and has since won both North American Irish fiddle titles. More recently, George has performed as a member of Grammy Award-winning Tim O’Brien’s bluegrass/Irish crossover band “The Crossing” and appears on the DVD of WGBH’s “A Christimas Celtic Sojourn, Live.”  These days, he regularly performs with Robbie O’Connell and Aoife Clancy and can often be found playing for dancing and in Irish sessions in Boston.

Boston-based husband-and-wife duo, Matt and Shannon Heaton, offer updated and traditional Irish music on flute, guitar, and bouzouki with stirring traditional-style singing, and a fresh, appealing stage show.  They bring to their performances a depth of shared experience and a love for Irish music.

Sean Gannon grew up between the Connemara Gealtacht in Ireland and the Irish neighborhoods of Dorchester.  A native Irish speaker, whose father and brother are respected musicians as well, Sean started playing the button accordion at an early age, and has performed and led sessions around Boston for well over a decade.

Joseph Nugent, a native of County Westmeath, is a professor of English and Irish Studies at Boston College, where he lectures on twentieth-century Irish literature. His particular area of expertise is the works of James Joyce. He runs “Raidin the Wake,” the Boston College Finnegans Wake reading group and the Boston College Bloomsday celebrations.

An Evening of Poetry & Music